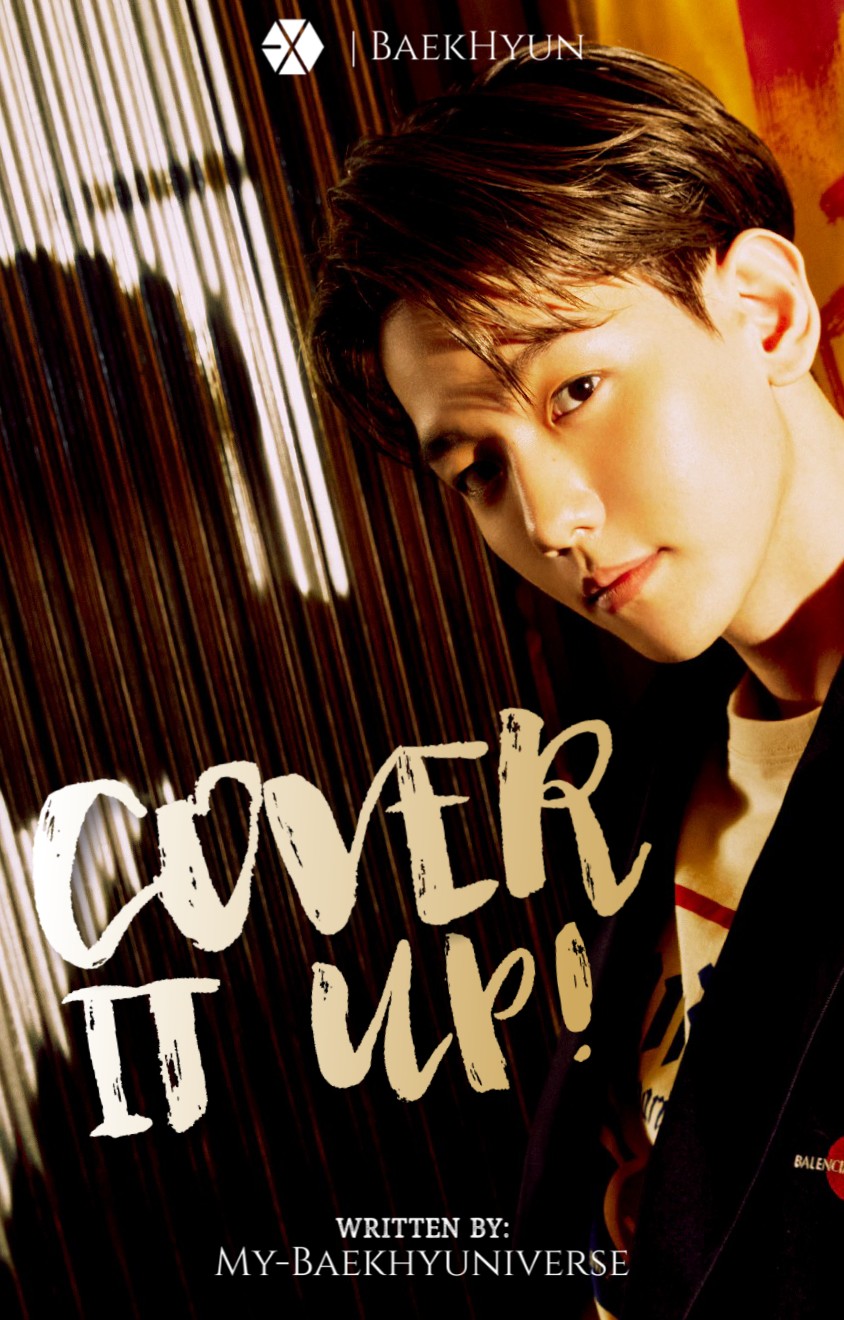 Y/n had to cover up the fact that she's Baekhyun's fangirl so she could get the job as his manager. Just when she thought it would be easy, the love of her life shows her the side she didn't know he had.

Byun Baekhyun is the loveliest idol existing in the industry... Or so it seems. His managers actually couldn't handle how he treats them and would leave right after getting the job. Onstage, he could be the sweetest idol flirting with his fans, with all those heart fluttering words. But offstage he's the worst person to exist ever.

Y/n is an average girl but the biggest Baekhyun fan existing in the fandom... Or so she proclaims, just like any other fangirls would do. When someone offered her a job to be Baekhyun's new manager, she didn't have to think twice and accepted it. The only thing she needed to do is to hide the fact that she is Baekhyun's fan and do a great job as his manager, fangirl in secret, and give him the love that she thought he deserved for existing.

Can she still love him the same even after knowing the truth that the loveliest idol she knew isn't what she thought he would be offstage?

"Another glass please!" I hollered at my friend who's holding the bottle of alcoholic drink. She approached me with a smile on her face that had turned pink.

She poured me the drink and I winked at her before downing it in one go and then going back to the dance floor.

"Hey Y/n, I heard you didn't made it to the interview."

I rolled my eyes after hearing the familiar voice of a woman behind me. I turned to my heels and face her, then smirked. "It's none of your business though."

She lets out a short breathy laugh. "I'm just worried though, considering that you've been failing to be employed. That's what happens to people who fan-" she was cut off when I raised a palm at her, a gesture to stop her from talking. I took my ringing phone out of the pocket of my skirt and answered and the call.

And the call ended. Doeun's smug look altered into a worried one. This fake snake.

"My boyfriend! He fell!" I dashed to grab my coat from where I left it and went back to Doeun. "Let's fight some other time. My boyfriend is hurt!"

Before she could answer I have ran away from her and all the way outside the house where the party was held, missing the chance to hear her yell at me.

"Where is he?!" I asked as soon as I reached home.

My mom, who's currently vacuuming the floor, turned to look at me with a bored expression. "Where else could he be?"

I ran straight to my room and was immediately greeted by my boyfriend, hanging helplessly on the wall.

"Ah! Baekhyun, why?!" I approached my poor boyfriend, ran my palms over his frame all the way up to his head. Next thing I know, he's sticking perfectly against the wall again. There, now he's smiling bright at me.

I was talking about my boyfriend, Baekhyun, printed on a poster.

"Mom! I think I should change his tape. He keeps falling."

She peeks through the door. "Then you do it. That's what all you do anyway." then she left vacuuming the hallway. "When will you get a job? Your sisters now all have the job they dreamed and you the eldest stays inside the house, fangirling over that Bacon guy."

I was slightly hurt by her words but I got used to it anyways. Peeking from the doorway of my room, I spoke, "You're so mean."

"I'm not mean, I'm being true here. At your age you should be working. How was your interview?"

I looked down and pouted. "I didn't passed."

It was as if she had seen this coming. She sighed and turned the vacuum off. "Why did I even expect?"

"Ha! If I'll get a job before Baekhyun's birthday that means we're soulmates for life."

"Okay, suit yourself. You and your signs that none of them are coming true."

I stomped back inside my room and came across the study table where a calendar was placed, seeing that there are only 4 days left before Baekhyun's birthday.

Then I have to look for a job for 4 days.

"Can you just stay until the fansign is over tomorrow?"

"I'm sorry I can't." he looks over at me before shakily turning his head to the CEO and leaning closer to whisper something. "He's so rude. I can't handle him anymore."

"But you just got hired yesterday! How about your family? I can double the salary we've offered to you."

He shooks his head. "I'm really sorry." then he bowed before hurrying his way out of the office.

Once the door closed, Sooman sighed loudly before slamming his fists on his table and glaring at me. "What's your problem with your managers, Baekhyun? Why do you keep on throwing them away?!"

I rolled my eyes, crossed my arms across my chest, and threw a leg over the other one as I leaned against the backrest of the couch.

"You think treating them that way until no one stays will leave me no choice but to bring her back? Hell no, Byun Baekhyun!"

I spoke nothing as I felt my fist tightening at his words and my jaw clenching.

"I won't give up playing your game, go make your new hired managers leave by treating them like , but I will never think of bringing that girl back here or let her take a step in this damn building!" he points to the door harsly. "Leave!"

I stood up from my seat without a word and exited Sooman's office, looking calm outside but raging inside.

If you play my game then I continue playing with you, let's see who gets tired first.

Next Chapter →
Author's Thoughts
That's right, Strawberries. Be frustrated and mad at Baekhyun in the previous updates, so I can have enough negative emotions for me to akumatize ya'll ㅎㅎㅎㅎ
Read More →
Back to Top ↑
No comments yet
Back to Top ↑
Foreword
>> Collapse chapters <<
Promoted - Advertise