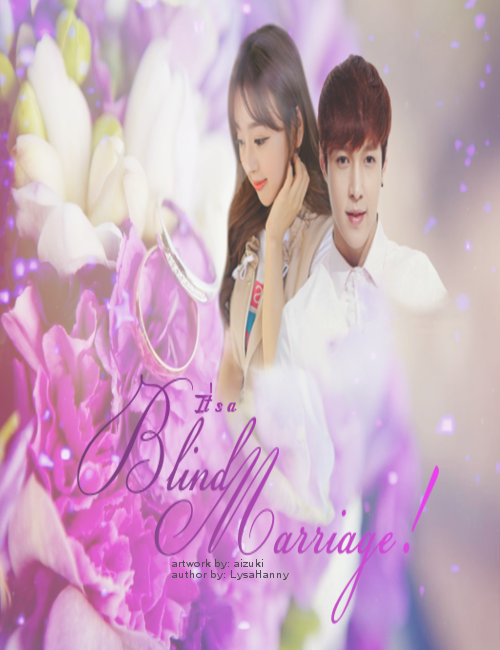 Blind dates are usually for those people who have given up on their love ventures. Those who have lost hopes on finding that one special person for them. Not all blind dates actually end up nicely, don’t they ? most people encountering these kinds of events end up failing on finding their ideals on their dates, there’s always that one awkward situation where you just don’t feel that person – in short, you just don’t fit each other. What more if it’s a Blind Marriage ?

He’s a kind of a guy who can get anything he wants. He was a handsome and charismatic COO of a successful company. He almost had it all – except the courage to actually try it again. To try loving once again, to feel different and confusing kinds of feelings for a particular person again. He had enough of those kinds of dramas – pursuing, confessing, butterflies, dating, committing and many other things which are required in a relationship. The thing is, he’s already in the marrying age that makes him frustrated  a lot of times – that he ended up having this silly and abrupt decision.

“Mom, Dad, I think I want to settle now. Choose the girl for me.”

She wasn’t the typical girl – putting make up on, wearing dresses, having that “Ulzzang” feels in her soul. No – she was very much far from that. How about a nerd ? Yes, that would be better – but again, she wasn’t also the typical nerd to be exact. You can say she was only considered as one because of her specs and attire. Lets also include her oh-so-brainy skills in one of the most hated subjects, capital MATHEMATICS. This is actually her charm for boys, being a smart . There’s already a few guys who tried wooing her, guys who tried courting her – but all of them didn’t reach her standards. She had this Ideal Type list in her diary that no guy has ever reached. These Ideals of her made her frustrated each time she reads them – that time she reads them – that made her wants to try out something really weird…

“Eomma, Appa, how about you just choose my husband for me”

Hi all! It's been a long time since we met here. I hope you guys are in a good condition and stay safe during this pandemic situation.

Firstly, I am not sure whether some of you realize that I have been editing this story since 2017 and today I have decided to put the rest of unedited chapters into draft mode. I actually did make some editing in 2017 and stopped for a while due to my busy schedule however, I started to continue last month.

I was only 19 when I wrote this story and it was my first story. Upon reading throughout these few years, I really found that this story is embarassing and cringy. I was shocked seeing my awful grammar and the way I combined both Korean and English in one sentence. I should not have done that. It's awful.

I will also delete some of the unnecessary chapters where I feel like I should not include and change a bit in terms of the storyline and maybe pictures. There is no much of Yixing's handsome pictures in 2014 hehe. I mean there are a lot of Yixing's good pictures nowadays and we should use it. LOL

Lastly, thank you for the 2957 subscribers and 83 votes. I don't know if I deserve it LOL knowing that the 19-year-old me wrote such a cringy story. Thank you for subscribing and voting this awful story LOL. I will also start with my other stories too after I have finished with IABM.

This fic is about my imaginations if there's similarities, it's just a coincidence :)

Next Chapter →
Author's Thoughts
Bear with me. I'm editing this story and its sequel. Slow update
Read More →
Back to Top ↑
No comments yet
Back to Top ↑
Table of Contents
Foreword
>> Collapse chapters <<
Back to Top ↑
Community Promoted