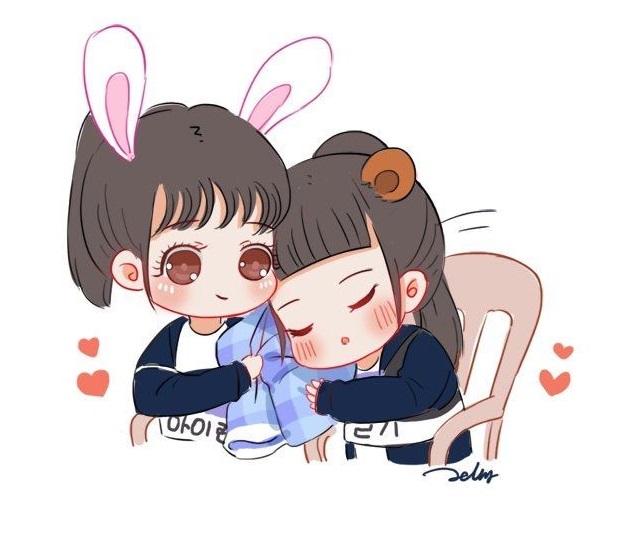 What if Seulgi's mind revert back to that of her 8 year old self?  The time when she is still head over heels in love with Irene Bae.

The same Irene whom she married and hated her to the core in the present, 20 years later  from the time she actually remembered.

Irene and Seulgi agreed to undergo an arrange marriage to abide to the last will of both their parents and for the sake of their families merged companies.

A loveless marriage doomed from the beginning…

But what if destiny intervened to their impending divorce…

Irene gave a tired sigh as she unloaded her luggage from the trunk of her car. It's been three weeks since she went to New York to attend some business conference as well as to conduct an important business presentation to some prospective clients while supervising the planned expansion of their hotel chain in the Western market. She has been so busy, these days prompting her to turn off her personal phone and did not even manage to check her personal emails. It has been some gruesome weeks for her and there is nothing else she wants to do at the moment that to just collapse into her soft mattress and sleep like a dead log. But it seems that fate would not let her do fulfill any of her simple wishes.

She opened the door expecting the house to be enveloped in stark silence but as soon as she did, she is welcomed by a handful of their maids busily tidying up a bunch of toys and mopping up the floors stained by spilled orange liquid.

"What the heck happened in here? She asked to no one in particular when a person suddenly came to mind. “... and where is that wife of mine?". She asked again before anyone can answer her previous query.  The sound of her voice made everyone froze in shock and before anyone can even made a sound, as if on cue, a pair of excited feet made some thumping sound getting nearer to where everyone is. Then the person she is looking for, her wife, Seulgi came to view wearing a bear pajamas with a huge smile on her face approached Irene giving her a 90° bow.

"Hello Aunty Bae. What are you doing in our house?" She asked politely which made Irene eyed her in complete awe, like she just sprout another head.

"What are you saying Kang Seulgi?” Not in the mood for games, Irene gave a loud outburst that startled the poor girl.

“I’m sorry Aunty Bae, I did not mean to make you mad.” Seulgi jutted down her lip while her eyes gave a downcast look and tears are now threatening to fall from them.

Heaving a deep sigh to lengthen her patience which is on the verge of snapping, Irene answered. “Why are you calling me Aunty Bae, I am definitely not my Mom. In case you are forgetting I am Irene, remember?”

Irene is trying to keep her temper in check but Seulgi is really being difficult at the moment.

“You are joking right Aunty. Unnie is just a few inches taller than me and definitely younger than you so it’s impossible that you are her. Maybe 20 years in the future since you two have similar facial features but definitely not at the moment.” Seulgi answered in a childish but matter of sure tone.

“What kind of childish game are you playing now?” By now, the vein on Irene’s neck is popping out due to extreme frustration at her wife. She is so exhausted and here is Seulgi getting on her nerves as soon as she set foot at their house.

"Oh you want to play a game? Why didn’t you say so? Is it hide and seek? Okay I'll hide now." Her wife said in glee but before she can run and hide, Irene beat her into it. The older woman shouted at the top of her lungs as her patience already snapped like a twig stepped on by a deer.

"How old are you again to do these kinds of things?" She said exasperatedly.

But she did not expect Seulgi's answer.

"I'm 8." And Seulgi smiled making her eyes formed into crescents while Irene can just stare at her with wide eyes.

Hi guys,  this idea struck me unexpectedly so I decided to write a chaptered story once again. Update will not be that frequent since author still has an ongoing Social media AU in twitter and still has a life outside AFF ( a very time-vonsuming hobby, grad school, main job and part time jobs) so yeah I hope there are still people out there reading my stories. Please do subscribe to my other stories. Thanks and see you next time.