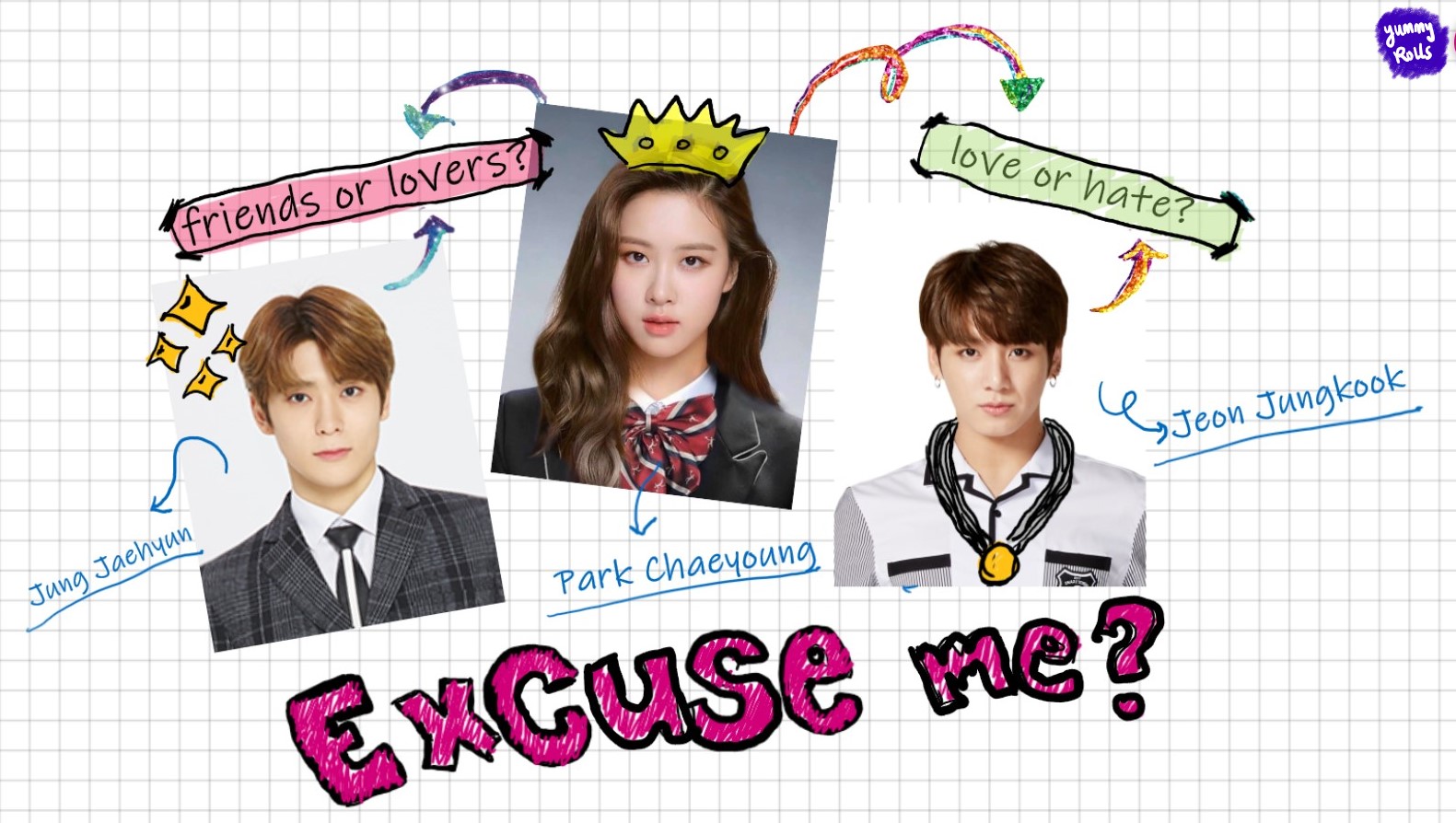 Jungkook immediately stood up. “What’s wrong with this girl? Is she a stalker? She watch me from afar?” Jungkook suddenly got a goosebumps. The thought of himself being watched and followed from afar by random girl was creeps him out. He knew that he was stronger than that girl (in case that girl going to do something harmful), but still, he felt uncomfortable.

He got a mixed feeling between scary and angry. He took the letter again and tried to figure out the name of the sender. But, the sender name was blurred because of the water. He search on his desk, the A5 sized note book. He opened the page one by one only to found any sign or clue from the sender. But he can’t find anything. His eyes suddenly catch a bright pink colored rose on the back cover. Somehow, that rose was familiar but he can’t recall where he saw it.

Living your life according to people judgement was like a seal living in the circus. They should living the life which other thought they supposed to live. In sociology, they called it labeling. Somehow, you will live your life based on the label they gave you. Live like an actor who followed the scenario. Sometimes, the thought to break away from this labeling curse will appear. But, even if you successfully removed the label, the sticky paper sometimes will keep remaining. That is why, you need to carefully remove it.

Next Chapter →
Author's Thoughts
Hi, I am finally back!!!
Sorry for taking so long to update. I've been so busy nowadays.
Read More →
Back to Top ↑
No comments yet
Back to Top ↑
Foreword
>> Collapse chapters <<
Promoted - Advertise