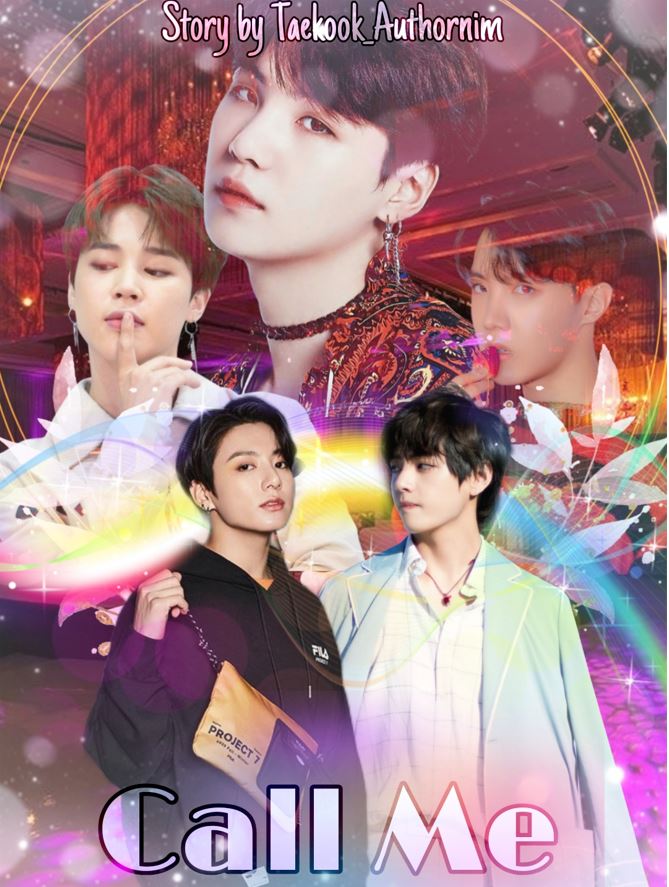 Jungkook is an introverted and shy boy in his first year at university. To his dismay, he soon realizes that he has to move into the most chaotic dormitory with a guy named Taehyung and three other students who all have a spicy secret. To move out of this mess, he needs money.

And making money is the specialty of his new roommates... They work in a nightclub and are an excellent company for the evening. Jungkook is newly hired and has a LOT to learn... will he be able to do quite well enough to make enough money?

It´s an easy job. Look pretty, tell the ladies what they want to hear, and go home. Or not...?

The four relaxed ladies of the simple evening turned into cats of prey in heat as soon as they arrived at their table. Taehyung tried to ignore Yoongi´s evil grin from across the room. These women were no easy beginner job as he had told him and a good opportunity for Jungkook to learn on his first evening.

They were as hell. And the maknae´s shyness triggered their noona buttons.

-Have fun- he signed with his lips.

One of them seemed to have an enormous interest in Jimin, and even he, as an experienced boy, had his problems getting a grip on her at the beginning. After about half an hour, she was finally tamed and where he wanted her to be. Blushed in front of him and adored him.

Hoseok surprisingly had an interest in a lady that he chose. It was rare that he wanted to beautify a customer so openly, but an angry look from Jimin showed Taehyung that the two had once again quarreled. It was probably because of their stupid jealousy, although the two had not even confessed.

But sometimes, it was so obvious that Taehyung just wanted to ram their heads together, hoping that their lips would finally touch and the awkward, shy atmosphere would turn into a passionate kiss.

And the other two ladies were also very affectionate. Taehyung sought out the brisker of the two, and after two drinks, and an almost kiss as he a non-existent hair from her shoulder, and a subsequent almost fainting of the lady, he had her under control so far that he could finally rush to Jungkook's aid.

The youngest, as expected, had no control over her at all.

And she knew it.

She knew that he was shy and inexperienced, and she enjoyed herself to the fullest in teasing him.

She snuggled even closer to Jungkook and complimented the fabric of his pants. She assumed that the fabric in the pants‘ lower part was different from the thigh area. This was touched clearly longer, and she even doubled check it.

Jungkook´s facial expression was so tense that Taehyung thought his jaws would break if he pressed them together any longer.

But his lady was already talking to him again, and he had no chance to act.

"What a lovely color. Where did you buy it?"

Taehyung heard her whisper and suppressed the impulse to tell her to off and put her hands somewhere but in the private parts of his dongsaeng. He knew that Jungkook's brain was no longer working. Taehyung had been angry at Yoongi before, but NOW he was so pissed that he was close to just grabbing his hyung, putting him in the session room, and making him apologize on his knees for the next two hours.

And his hyung knew it and blew him a kiss when Taehyung stared at him angrily again.

Taehyung managed to put half his attention off the lady in front of him and the other half, the BIGGER half of his attention, to Jungkook´s touchy . She had no intention to remove her hand whatsoever.

„Your dress has such a smooth fabric as well, sweety.“

Taehyung was able to stifle a relieved groan when he heard Jimin's voice, which saved the maknae from and caught the lady's interest.

And since Hoseok and he was a well-rehearsed team, Hoseok distracted Jimin's lady at the exact moment with the question of whether the two were twins since they were both beautiful.

"I'll be right back, ladies. I need to use the bathroom," he said, giving his friends a -rescue him- look, standing up and heading to the bathroom.

In the corner of his eye, he saw that Yoongi had stood up.

Jungkook was proud of himself.

He had so far been able to prevent his hands from simply wrapping around the lady's slender waist and taking her roughly on the god damn table in front of all his roommates.

He would sweep down all the glasses with a quick arm movement and still in the same action open his fly and...

"This is the last time I save you. We've explained a few things to you, so get it done," muttered Jimin, but Jungkook saw the amused grin on his face.

"I know..." he muttered and sat up straight. He crawled a little closer to the edge of the table.

"We are going to the restroom for a second, okay?" one of the ladies whispered in his ear, and he suppressed the slight moan when her lip brushed his earlobe.

He just nodded and took a deep breath.

"Hyung..." he whispered, sinking back in his seat.

"You look hot as hell tonight too. Those two sure got you in a lot of trouble. I've been around in this club for a while now, but the ladies tonight don't as half as you do."

Jungkook froze. He was uncomfortable with Taehyung's brash compliment. After all, Taehyung was a man, but he wanted to remain polite.

However, his had ended there.

"Are you alright now, you idiot? Did your calm down now?!" he heard Taehyung's angry hiss.

"Two possibilities. I'll take both ladies, and you watch and learn, or I'll put them both on your lap and go home! I can´t concentrate over here. Your damn vibes are affecting all of us!" his hyung hissed at him.

Jungkook didn't know whether to be offended or grateful. Taehyung had brought him back to reality.

", if you don't stop that, we'll go to the back with the girls, and they won't have to pay for the package upgrade for tonight, if you know what I mean!" Jimin mewed at him, and Jungkook saw that Hoseok's cheeks were blushed.

"If you are half as as me, I feel sorry for you. So either you go and cool off now or sit down, watch and let us do our job properly again. This has NEVER happened to me that a guy has distracted me from work with a hot lady. Man, that !"

Jungkook couldn´t help it. He giggled when he saw Jimin´s pouting face at Hoseok´s statement.

Taehyung rolled his eyes in annoyance.

"Sit over here. When I do something, you watch me closely. No matter what I do, you will accept it. These two ladies have a preference that I've noticed."

"Really, on the second night, you plan on that package upgrade?“

„Because it is not a… regular update?“ Hoseok smirked.

"Why this dormitory...? Why not one of the others...they will kill me one day…" he whispered to himself and slid over to Taehyung, and they waited for the ladies. 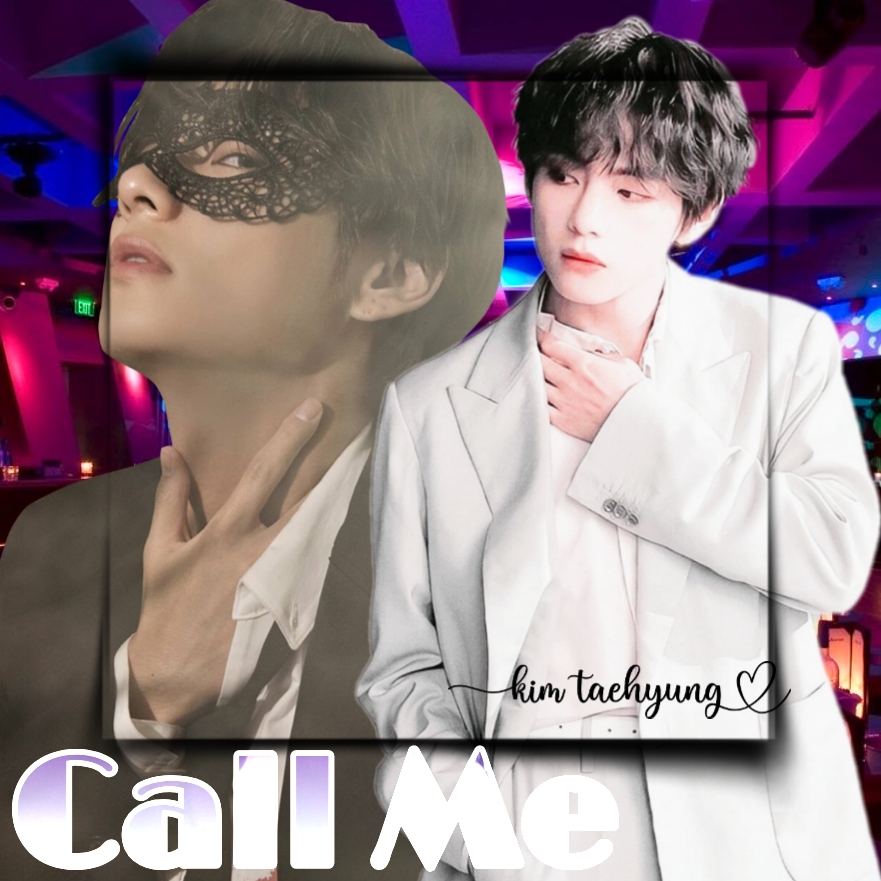 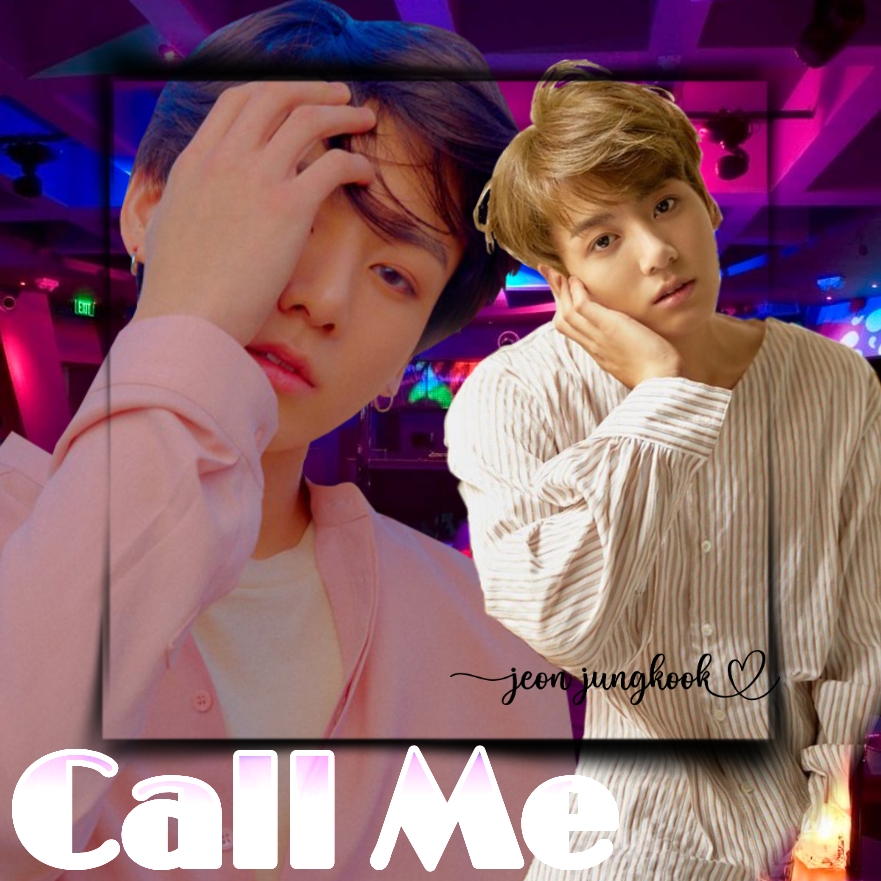 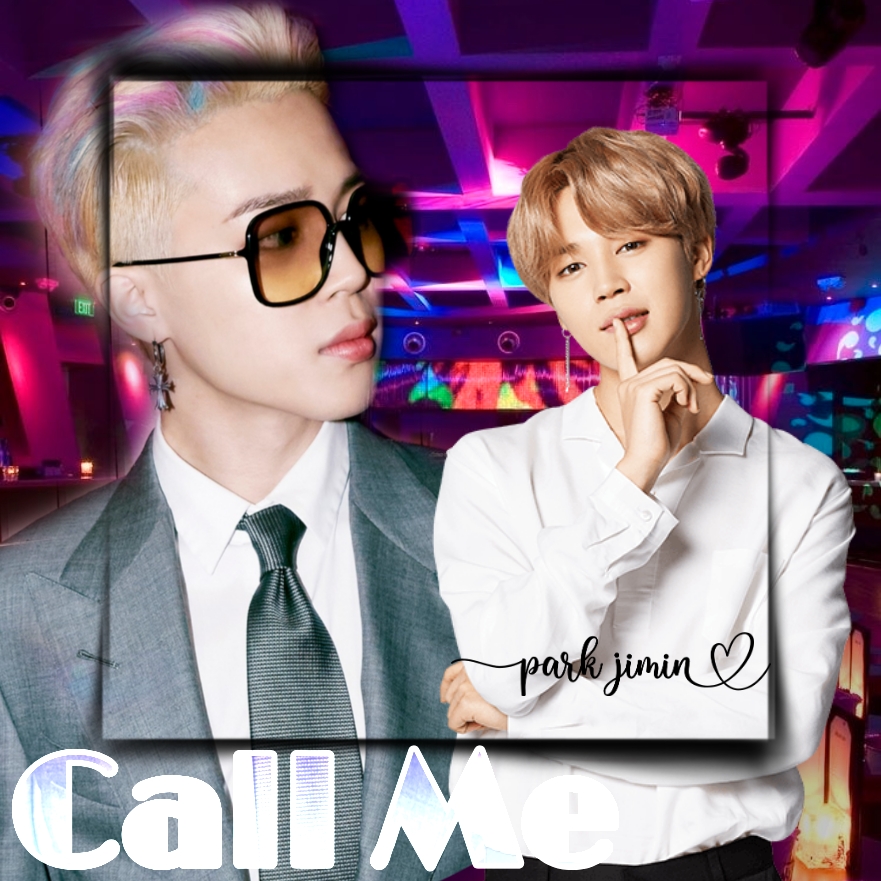 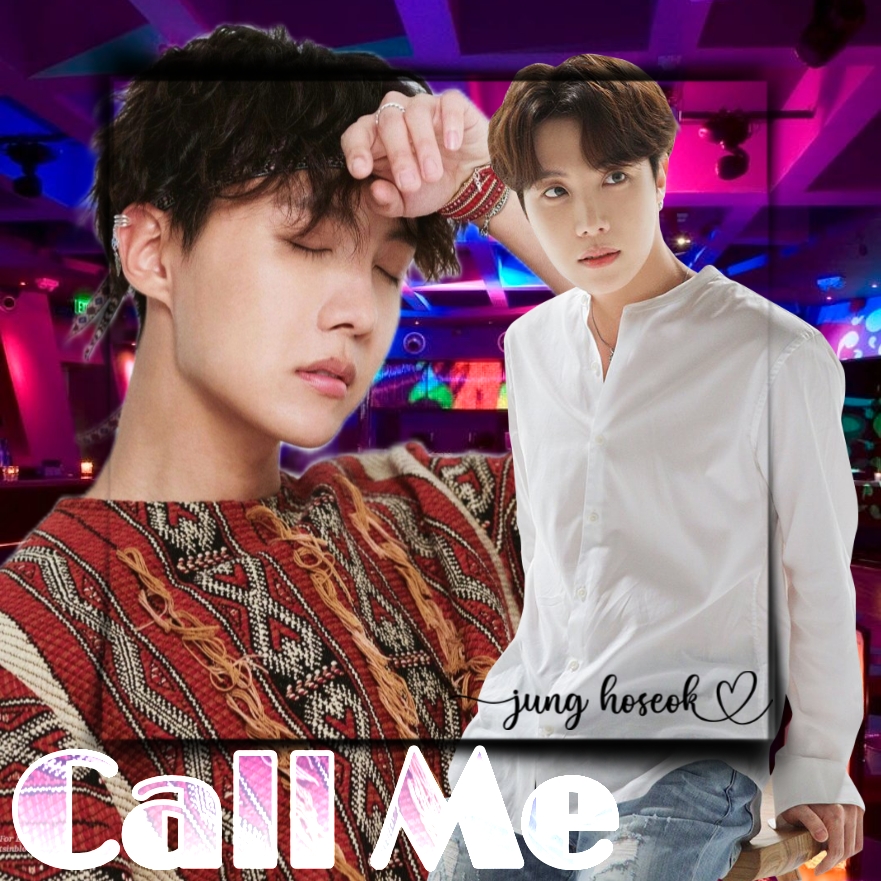 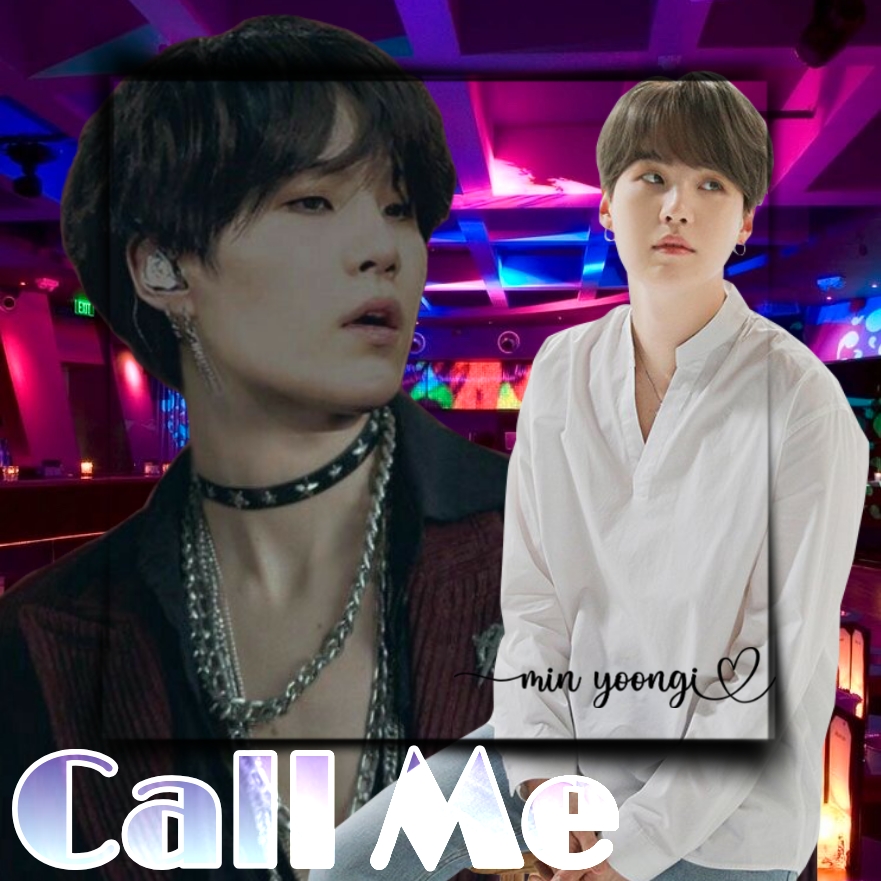 IMPORTANT: special thanks to my dongsaeng dongbang5hinki for the excellent Story Cover and the phenomenal work of the character posters!

All Eyes On Him (Baekhyun x OC)

In which the famous Byun Baekhyun gets involved with the daughter of a rich producer without realizing the hell he threw himself into. (Psychological thriller, actor!bbh, dark romance, daddy!bbh, slowburn, obsession!au, psycho!oc)