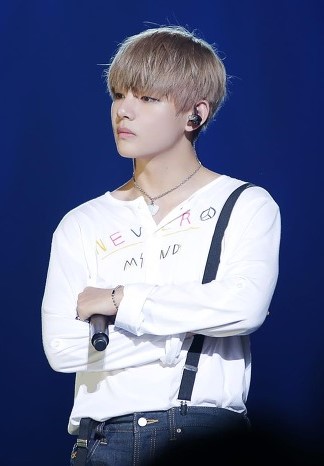 Kim Tae-hyung (Hangul: 김태형; born on December 30, 1995), better known by the stage name V, is a South Korean singer, songwriter and actor. He is a member of the South Korean boy group BTS.

Ginger to your Gyudon: A story collection

A collection of stories with quote-unquote “refreshing” and “mind-blowing” plots to cleanse your reading palate even just for a while. Try something new!

wherein the admirable surgeon, kim jisoo who's afraid of her own captured memories met the nonchalant photographer, kim taehyung who captured her heart. "you and i have memories longer than the road that stretches out ahead."

JOURNEY to your HEART

Description: Jihye is a girl come from a poor family, she didn't go to college and start working as soon as she graduated from school. One day she followed her bestfriend to an high school alumni birthday party caught the prince attention, Park Jimin. This story tells of Jimin's journey to get Jihye's love.

What is it like to have 3 famous idols/good-looking brothers? Jisoo can tell you about that. Idols family members are dug up by fans. It seems that their family members became famous as well and be part of the public interests.

Kim Taehyung, the cold and aloof President of Kim Group, is a multibillionaire at a young age and every girl in Korea wanted to marry him. Park Jisoo, an actress who made a success in her own way. She was loved by many because of her sweet and kind personality. She is noted as one of the best actresses. Fate is playing when Taehyung met Jisoo on her biggest heartbreak, the time where her boyfriend and best friend cheated on her. Since then, the cold President Kim only shows his soft and warm

Tell me what you want

The Bear that I Was Looking For

After breaking up with her manipulative and emotionally abusive boyfriend, A-Yeong thought her life was over. Only until when she encountered a hot stranger in a club did she know that her story had just begun. What kind of drama, heartbreak, trouble and self-growth will unfold ahead of her?

Kim Taehyung is an Art Professor in London and getting tangled in the lives of rich people is definitely not on his "10 Things To Do Before I Die" List.   or the Crazy Rich Asians AU n

My first ever BTS one-shots.  All about Kim Taehyung.    ps: you can request to me your scenario ;)

Jungkook was the soon-to-be Alpha of Amaranthine Pack. He left the pack not long after he turned 18 to train so that he could take over his father's position. From the day he was a pup, he had always dreamt of being together with his mate, but was disappointed that he had to leave before he could even find her. However, something happened during training that would change his life, either for the better or worse.

Kim Taehyung finds a diary, where letters have been addressed to him.

Haunted by pure betrayal, Jungkook tried to be the best he could to prove that he was not what people claimed him to be. Her inability to be as good as people’s expectation landed Chaeyoung in a deal that seemed more like a trap rather than a way for her to make things rig

7 boys become infamous for taking care of the biggest - toughest bullies. Why? Because they can't fix their own messed up lives so they want to change the outside world for the better. All this changes when BTS are up against the girls from Red Velvet and their fierce leader Irene. But all is not what it seems and will BTS find some happiness and love. This is their coming of age story of friendship and making peace with what life gave you.

Taehyung was in need of a job and Seokjin helped him, giving a job in his house. That's where he met Jungkook, the pampered and so-called baby of the family. Jungkook flirted with him right off the bat, and Taehyung no matter how much he wanted to resist, couldn't. It was all fun and fine, until Taehyung started to notice there was something wrong with Jungkook, something off, something dangerous he was scared to unveil. He hoped to be wrong or at least, hoped someone would notice but