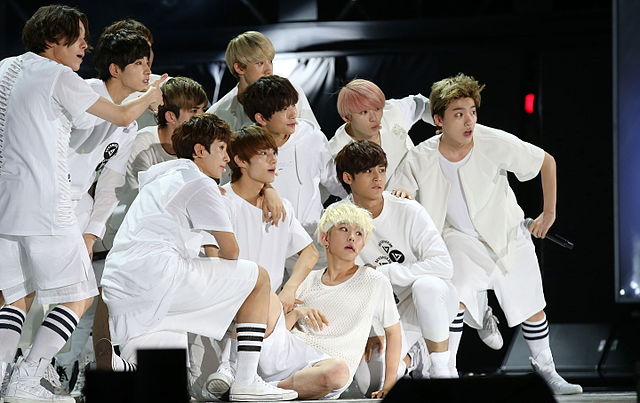 Seventeen (Hangul: 세븐틴), also stylized as SEVENTEEN or SVT, is a South Korean boy group formed by Pledis Entertainment in 2015. The group consists of thirteen members divided into three sub-units, each with a different area of specialization: a 'Hip-Hop Unit', 'Vocal Unit', and 'Performance Unit'. Seventeen has released two studio albums and four extended plays.

The group's members are deeply involved in the composition and production of their discography and choreography and have been since debut, which prompted their nickname as a "self-producing" idol group.

lawyer!Joy's first divorce case turns out to be more than she can handle.

The first time Na Haeun felt her soulmate, it felt like she was punched in the gut. She remembered waking up one night and feeling as though all of the oxygen in her lungs were suddenly out, and it was reduced to a dull ache for the next two weeks. All that remained was a faint bruise. Her dad said that it was probably because her soulmate was a delinquent who got punched in the chest, and as she grew up

He lives with his grandma, struggling with two part time job beside the college, meanwhile on his rough exhausting days, he finds himself troubled with some gangs and their leader seemed to be interested in him. Yeah the scary cool handsome leader.

The Realm of Imagination: A Fantasy Writing Contest (Open and Accepting Entries)

This is my second fantasy contest and I hope you guys will enjoy it. Step into the realm and create a masterpiece from your imagination.

Jihoon has never felt this frustrates.

Description: Hi! This is Yoo Shi Ah, I am currently 16 years old studying at Jineunghyeong High School… I don’t usually hanging out with my friends because I prefer to be alone, & to top it all I don’t usually or let just say that I don’t like talking to boys. Well! Except to my one and only best friend Kim Mingyu. But one rainy day, I met a

Under My Possession (ON HIATUS)

Jeonghan lose his younger sister two years ago, due to suicide. Jeonghan was away for a student exchange program in Japan for a year, so he basically had no knowledge of the reason his sister decided to end her life. Determined to find the truth, Jeonghan rejected the offer for a prestigious university and ended up at an av

As a leader of his team, Seungcheol realised since day one that it’s not going to be easy. But he does it anyway. He believes that if he keeps adapting, he’ll be fine. But it doesn’t get easier. It gets heavier and heavier it drags him down. Everyone thi