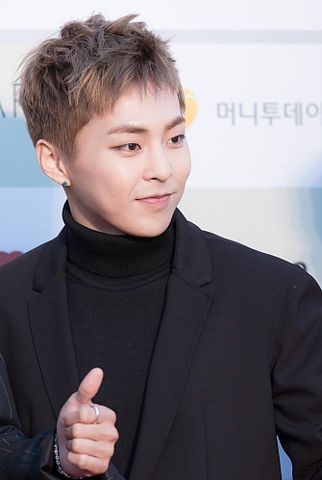 An arranged marriage between the crown prince and the heiress of a famous company. Everything was going smoothly--that was until a few days before the heiress was set to come back to Korea. She feel ill and was unable to make the trip back. Her father--no

The cute Tailor I know

"Everyone thinks that love is sweet and full of pleasures, fun and romantic dates. Waking up in the morning and looking at the love of your life sleeping and snuggled up in bed, we just want to keep staring at the beauty in front of our eyes, thinking what good deed we did in our previous life to get such a beautiful partner in our life.   Well back to reality, mine's not I'm telling you, like seriously! When I wake up in the morning, the first thing I feel is cold and the first thing

''All civilization is over. And for some reason, I can't remember anything, including the three guys around me claiming to be my friends. And to add further complication to the situation, there are also these nurses who surround us and force us to do things I don't understand, in this strange place that looks more like a prison. I know this is my reality, but why do I feel that none of this is right?'' This story happens inside the universe from Lucky One MV with references to

A girl who wants to meet the end of her time is saved by a stranger. What happens when He along with 8 others find themselves utterly entwined in her fate.

What could have been (Exo drabbles)

My Love from another Planet

Sequel to : You who came from the Stars, which you can view here --> http://www.asianfanfics.com/story/view/802228/ This story picks up some time in the future from where we left off in the previous story [I plan on writing a proper summary - whereby I'll edit this section - until then, bear with what I have written]

I'm Sorry To Be An Angel

After being killed Jongin changed. he became a stranger to his friends, family the world and even himself, which pushed him into thoughts about suicide even though he died once before. He didn't know in what he had changed, but this is explained to him by another guy, Suho, who went through the same situation. Jongin starts his new life with a name Kai, He is decided to find the person who killed him, but he forgets about his revange when he meets Oh Sehun, an ordinary guy who could see that

Baekhyun gets obsessed with things very easily; mostly people.  And his new obsession is Do Kyungsoo, the male who works in the bookstore below his apartment.

The Devil who saved me from Heaven