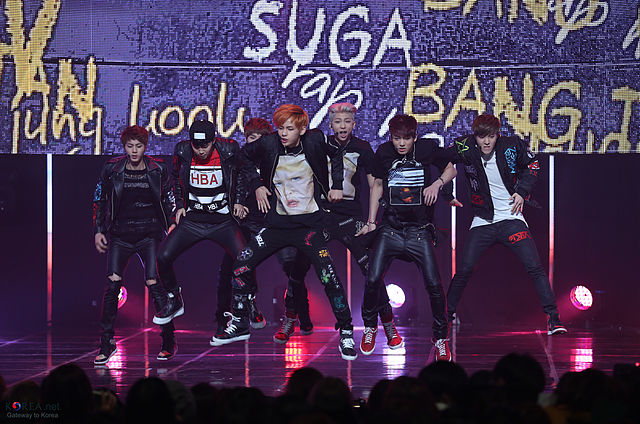 Coffee, Tea or Me? Can Park Chaeyoung resist the charms of the flirty barista? Cruising for a couple of months, in the middle of the sea. One handsome face and a hot bod to go with it, chaeyoung found herself in a fun conversation with the irresistible barista for the duration of her internship.

Anyone But Him | JJK

It was the same dark brown eyes, the perfectly-chiselled nose, even the bob-cut brown hair. Panic got hold of me as I paced around my room. How was I to see him like that? The guy who'd been bullying me since the start of time? Also on Wattpad: https://www.wattpad.com/story/328439115-anyone-but-him-jjk

A Music Prodigy, Min Yoongi and Y/N the daughter of the late famous Pianist who died in an accident leaving her daughter all alone in a young age.  Y/N an aspiring Pianist who is striving hard to bring justice for what happened to her mother.

Due to unfortunate circumstances comes an unexpected engagement. Distraught and thrown out of balanced Eunji makes a few bad decisions thinking nothing worse can come of it. Now she must navigate her way through a tricky situation after a one night stand becomes a not-so-one-night-stand.

Taehyung is a Death Eater wrecking havoc wherever he goes, Jisoo is the assigned Auror to capture him. Once they had been something akin to lovers but now they meet again as foes.

Professor Jung and Professor Min build an interesting friendship. Bonding over being conventionally young academics, they struggle to read between the lines.

Haunted by pure betrayal, Jungkook tried to be the best he could to prove that he was not what people claimed him to be. Her inability to be as good as people’s expectation landed Chaeyoung in a deal that seemed more like a trap rather than a way for her to make things rig

Just the Two of Us

Suddenly he was no longer mine. All our plans had been destroyed because of one stupid night.

Be My (fake) Girlfriend?

Hoseok is the only member of BTS who is completely single.   Sure Jungkook isn’t really exclusive with anyone, but he still goes on a date from time to time. Same with Jimin. But Hoseok is completely alone. Sad, huh?

The love and friendship story about seven mates.

PLAY WITH THE THUNDER

Yoongi, Namjoon, Taehyung, and Jungkook are brothers from different mother. Their father is a big boss of mafia group called Bangtan. This is a story of their brothership and a story about their skillful youngest brother who never fall in love.

When Irene thought she'd never meet the despicable guy who stole a kiss from her again, he just had to constantly pop up and had to witness her worst state.

Your Beautiful My Love

Khloe is the most  beautiful but incredibly normal girl. So, she never imagined Park Jimin would fall in love with her. Sure, she's hot, but she is an American girl working in a Korean department store. Why would a BTS member want her?

Y/n is a talented American cosmetics artist who moves to Seoul in search of a job for Big Hit Entertainment. Her first day on the job, she is directed to do Park Jimin's makeup. The chemistry between them sparks immiedetely. Can the American makeup girl be in love with Korean boy-band member? Opposites attract, right? At least, thats what she hopes.

***ALL RIGHTS RESERVED FOR ME ONLY. DO NOT COPY OR POST THIS STORY ANYWHERE WITHOUT PERMISSION FROM ME. THIS IS A WARNING, DO NOT TAKE THIS LIGHTLY.      Ex husband and wife meet again years after that painful divorce that scarred them forever......    Can A frozen heart melt with the warmest of love?

Jia is an assassin. Not only that, but she is one of the youngest and best assassins in her feild. She's been relocated to South Korea after her recent assassination of a high profiled criminal in Italy. In order to maintain a low profile and fit in with society she has to attend school and act like a normal kid. She meets Taehyung, a boy in her class, and everything gets complicated. This goofy boy seems to not want to leave he

The girl came into his life like a flood—he had no escape from her dangers. She was peculiar, small with absolutely no friends and a not-so-great sense of humor. Min Yoongi thought she was a disease, one that needed to be prevented. As the handsome son of a wealthy family, and with the label of popularity that many wished they could have, he wasn’t ex

It's Unexpected [That Voice]

A celebrity you admire and you a celebrity that is worldwide popular How hard could it be? Will your feelings reach the one you like? What if you have to sacrifice something important? Y ou never know. Things are unexpected. Nothing is impossible. If your worth then why not?   Please support and love the story❤️❤️❤️ i wish it will become a nice story.

I live so I love

Namjoon can't help it - he puts his entire heart and soul into his music. Normally, this would be fine. It makes for some pretty genuine songs on topics and themes that Namjoon wants to express. It's not so helpful when you're writing platonic, best of pals, bff songs for your friend that you're oh-so hopelessly in love with.

In 2013, bts' park jimin is bullied by the staff and their dance teacher and is also suffering because of his visuals. Meanwhile  2020's park jimin is had just performed blood sweat and tears with bts and after a while they were going to perform other songs. But then something happens and he travels to the past.   Read to find out what happens with 2013's park jimin....

In Sickness or In Health

After a long time, jisoo finally saw her childhood crush again but he seemed different. He used to play the piano with a smile but now he's just blank. Jisoo's determined to put the smile back on his face.

Centuries ago two planets, Planet Mato and EXO Planet, began a war that would continue for generations. With each new generation, they were prepared for battle. With the reason for the war long lost, it was beginning to seem that the fighting between the two planetary species was useless.

Kim Jihyun was a 20 years old ordinary college student in Seoul who had been single her whole life. Her two older brothers - Kim Seokjin and Kim Namjoon, intend to change that by sending out her old love letters to 5 boys she had/has a crush on.  Life has never been the same since then.

He loves me not.

That study-blogging stranger on the internet? He's not real, probably a catfish. And if he is real? Then he's probably not Korean, would never even speak Korean. And, okay, hypothetically he is Korean? He's definitely not from Korea, some international student in a country Yoongi will never set foot in. And even if that were all true? It doesn't matter, because Yoongi is not in love with a random stranger on the internet.