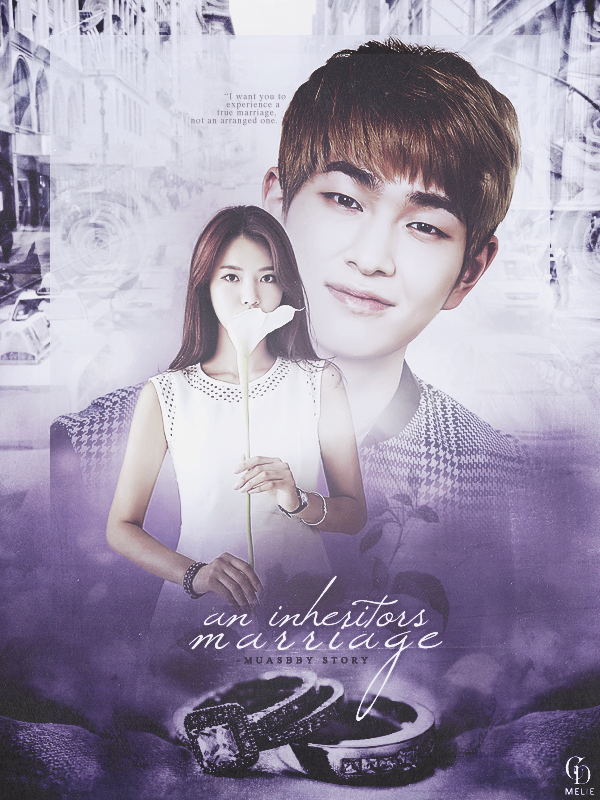 “I want you to experience a true marriage – not an arranged one.”

Well, well, well, Seoul. It seems like you've finally got it! Move over Kate and Will because Moon Nayeon and Lee Jinki are going to snatch your wedding fame! It has been confirmed that South Korea's finest (meaning dangerously y and every teenage boy/grown man's wet dream) model Moon Nayeon and Wang Royal Group's Lee Jinki are tying the knot!

While some of us, like myself, would rather roll in bed and sob about how she was our last hope after Lee Hyori's marriage, many of Moon's fans are preparing wedding gifts for the couple. Hashtags like #NayeonJinkiMarriage has been rapidly trending on Twitter, making this issue one smoking hot topic.

Speculation states that the proposal was for business reasons, but others say who the heck cares? After reading some interesting facts, it is said that the marriage would bring Wang Royal Group and Moon Corporation together in building the largest mall in Seoul. As we all know (if you don't then now you will) Moon's modeling debut came to when she began to advertise merchandise in family-owned Midnight Mall. Her dazzling beauty and drop-dead gorgeous perfection quickly become a universal buzz. Moon was fortunate enough to become an angel for Victoria's Secret when Moon joined the 2013 Victoria's Secret Fashion Show along with Chinese angel, Sui He. As for the groom, Lee's family owns various branches of business and industries, including substantial mall ownership from all over the world. However, the soon-to-be mister is currently the president of the extremely successful luxury hotel, Glory Hotel & Suite.

He's marrying a smoking hot model and she's marrying a young, rich, and devilishly handsome CEO. It's a win-win situation! So whether this marriage was for the couple's family fortune or for a lifetime of beauty snag, we raise our glasses to the two. Breed and have children, some of us could really use the genes.

Nayeon looked at the online article and threw the tablet on the vanity table as she was getting her makeup fixed.

“You’re on, Nayeon!” The photographer shouted from the main floor.

“Alright!” She shouted back as her makeup artist stumbled when reapplying her lip gloss.

“Woah,” Taegi scoffed, “Someone’s a bit grouchy.”  Nayeon eyebrows continued to furrow. Taegi grinned and smooth them out, “Cheer up, you’re getting married to Lee Jinki.”

Nayeon stood up from her styling chair, “Lucky me,” she said with sarcasm.

“I don’t get why you’re so upset,” Kibum, her gay stylist, intruded as he quickly gave her a leather jacket to finish off her look, “He’s young, y, and super rich. Where do I apply to get my own?”

Taegi hit his arm and glared at him.

“Well you’re free to take mine,” Nayeon murmured as she stepped on the set of her photoshoot.

Though Jinki looked like he paid full attention to the man giving a presentation, his mind roamed off thinking about her. After all these years he still couldn't her out of his memory and although he missed her, he had no choice but to take the obstacles life handed him and accept them– even if it leaves one wounded and scarred.

The lights were . Jinki stood up as everyone else gave him a bow. "Thank you, everyone, for coming, any further questions can be discussed in next week's meeting." Everyone exited the door and walked out of the meeting hall while talking amongst themselves. Without even having to eavesdrop, he knew it was about his marriage.

"Congratulations, Lee Jinki-sshi," every single board member said as they passed him by.

Jinki smiled and bowed, "Thank you."

As the room emptied, there stood a man as young as Jinki. He clapped his hands and walked closer to the man, "Congratulations, Lee Jinki-sshi." Jinki turned around and faced the smug look on his face, "I'm sure this will be a great and prosperous profit."

"How unfortunate though," Jinki smiled, "You could've used it more."

Minho let out a chuckle, his Adam's Apple dropping then reviving to its position, "That's a good one!" His laughter grew short and was instead replaced with a smirk. He threw his hand on the back of Jinki's left shoulder then squeezed it tightly, making him flinch from the pain. Minho knew of his weak spot and used it to his full advantage, "Too bad I've already got a token of my own." He pulled away from Jinki then walked away.

"I can feel the emotions in the story, every bit of it, sadness, anger, happiness, sweet, romantic, and mostly pain...Frankly speaking there's lots of stories that I've read but only a few that remains constant in my heart and yours will be one of them."
- ParkKira at ▪ Cosmos Review Shop ▪
"Regardless if you're a SHINee/Onew fan or not, you will fall in love with this story. From its realistic characters to its own unique take on a cliche plot, 'An Inheritor's Marriage' will get you hooked and wanting more from the first chapter."
- Kiyon_
"I’ve already fallen in love with all your characters. I’ve come to care for them, which means that you, as a writer, have accomplished something that most cannot."
- gaksitalGaksital at ROS'E Review Shop
"Reading this is almost like being in a drama, everything is made to be extra dramatic and thrilling, I love it."
- Xiuminbaozi99 at [Pay It Forward* Multi Review Shop]

"I liked how all your characters weren't one-dimensional, and how you gave the flaws in their personality. As a reader, I could relate to most of your characters. "
- EXOL-ARMY14 at ❀ Mystic Multi-Shop ❀

" I seldom read arranged marriage fanfics these days, but you did a good job getting my attention"
- xsummerfire at Reading is Beautiful Next Chapter →
Author's Thoughts
INHERITOR'S — LAST CHAPTER IS UP! I want to thank every single one of you for supporting my story and even getting it featured. I love you all so much and I hope you enjoyed the story I’ve crafted ♡
Read More →
Back to Top ↑
No comments yet
Back to Top ↑
Foreword
>> Collapse chapters <<
Promoted - Advertise

Baekhyun cannot forget his past relationship. The pain and distraught it caused him. No matter how much Chanyeol loves him, he cannot seem to trust the taller. And Chanyeol is running out o