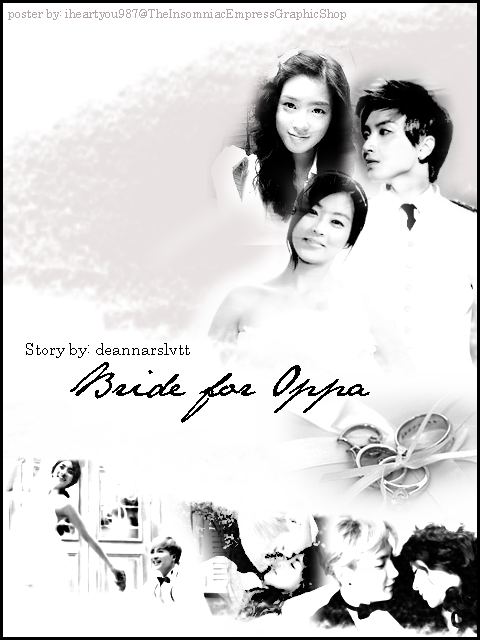 Hello, my name is Luna. Park Luna. I'm 17 years old. My parents didn't died or survive, they went missing on a plane accident when I was 12 years old. Leaving me and my 23 years old brother alone in this rude world. Park Jung Soo, or he referred to be called Leeteuk, is my brother, the only family I have in this world.

My brother promised me, that he will get both of us out from orphanage. And he did, after he work really hard. He graduated bussiness school in Holland on age 20. As soon as he got back to Korea, he started his bussiness. Just 6 months after he start his bussiness, he did convinced the court that he can take care of me. With condition I have go to a special hospital that the court has prepared for me.

Now, I live with my brother. In a big house that people's called mansion. My brother now become one of the richest people in Korea. But what I proud of my brother is, Even tough he's rich, he's not arrogant. Not like any other rich people on his age that love to scatter his money for girls or go to club. Instead if he had spare time, he will hangout with me.

We were happy, until one month ago. When we go to hospital, the doctor said that I only had 2 years or less to life. And two weeks ago, he brought  a girl named Im Nara. I don't know why, but I had bad feelings about her. So, in my 2 years life I have, I had one mission. Looking a Bride for Oppa.