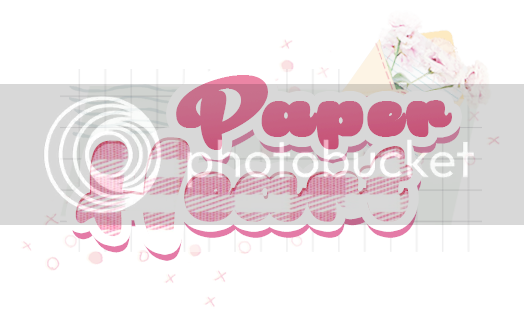 “You are with Jongin.”

“You are Kim Jongin’s boyfriend.”

“Kim Jongin is your boyfriend.”

Kyungsoo sighed. “Yes, Baekhyun. For the umpteenth time, yes, he is.” Kyungsoo huffed, turning around to direct his annoyed stare at the bland wall and tucking the blanket tighter around him.

It had been two hours now, two freaking hours that he was trying to sleep but couldn’t because his roommate wouldn’t shut up.

As silence replaced Baekhyun’s unnerving voice for a minute, Kyungsoo relaxed. Thinking that Baekhyun finally took into account the irritation in his voice, Kyungsoo let his eyes flutter close, feeling himself drifting off to sleep until something heavy dropped on his body, certainly breaking a few bones and numbing his left arm forever. A silent cry escaped Kyungsoo’s wide open mouth, making him realize with horror that his lungs were crushed and might not function anymore.

“Why didn’t you tell me?!” Baekhyun wailed, wiggling his body in a chidlike manner on top of Kyungsoo’s dead one. “Why did you tell Sehun but not me? That’s not fair! I thought I was your friend too!”

“It was an accident!” Kyungsoo said breathlessly as he elbowed Baekhyun away with much difficulty considering that his roommate managed to wrap his arms around his neck. With a groan, he his back with a clingy Baekhyun on top of him who refused to falter his choking hold on Kyungsoo’s neck despite the latter’s face being flushed. Kyungsoo groaned again. “Sehun, or anyone else, wasn’t supposed to find out about me and Jongin. I told you, we were together in high school and Sehun accidentaly saw us.”

Baekhyun seemed to perk up at that because he halted his mumbles of “You’re so mean! Do you know how long I though Yeolie and Jongin were together?!” to suddenly lift his head up. “Saw… what?” he asked, the corners of his lips slowly tugging upwards in a devious smile when he noticed that Kyungsoo was avoding his gaze. “Did Sehun walk on you guys doing things in an hidden place?” Baekhyun asked lowly, leaning closer to whisper on Kyungsoo’s ear, “Naughty things?”

“Yah!” Kyungsoo pushed a laughing Baekhyun away, who unfortunately didn’t land far as a second was enough for him to crawl on Kyungsoo’s side and giggle.

“Never though you’d be this kind of person, Soo.” Baekhyun chirped gleefully as he ignored his roommate’s glare and pinched his red colored cheek. The former yelped when he felt kicks coming from underneath the blanket. Baekhyun retaliated by smothering Kyungsoo in a loving hug and planting several kisses on his cheek in spite of his roommate’s complains for the unwanted affection.

What would look like two friends fooling around for Baekhyun, and harassment for Kyungsoo, for sure, didn’t look innocent for the person standing at the slightly opened door after knocking it a few times and receiving no reply, decided to check if everything was alright.

Closing the door softly to not disturb the two roomates’ interaction, Chanyeol stood unmoving in front of their room for a few seconds before walking to his own.

A huge grin was adorning Baekhyun’s face when he stepped in the cafeteria, the sight of his man eating alone at a table being the reason behind it.

Baekhyun made his way to that table in the corner and posed his basket lunch on it, earning Chanyeol’s attention by pulling out the chair in front of him, he said, “Hey, Chanyeol,” when he sat down, expression brightening when the latter returned the greeting with a polite smile.

Going to Kyungsoo and Chanyeol’s practice for the Talent Show was certainly the best thing that had happened in Baekhyun’s life. He had been a bit nervous to meet Chanyeol as he’s used to stalk him, but he was more than glad to find out that his apprehension was not necessary because Chanyeol’s personality is like his appearance; perfect. He had welcomed Baekhyun so happily, always making sure that Baekhyun wasn’t bored by asking him if he was alright whenever he was quiet, or asking for his opinion on their song.

Baekhyun had tried hard to act normal; hiding his inner turmoil behind what he hoped was a composed face – though he comprehended thanks to Kyungsoo’s grimaces that he wasn’t doing a good job – but it appeared to be a quite difficult task when your future husband is gently talking to you, wanting to know more about you and you’re trying hard to listen but don’t hear anything over the voices in your head screaming at the perfection that is Chanyeol’s up-close face. Baekhyun asked them to shut up more than once, but they ended up cheering louder when Chanyeol leaned closer, his flawless features forming a worried expression as he asked him if he was dying–or okay, Baekhyun wasn’t sure which word he used and really, it didn’t matter since he was desesperately trying to remember how to ing breathe.

Despite Baekhyun’s impression of messing up their first meeting, Chanyeol had gotten rid off all his worries by texting him the same night to ask if they could eat together. The simp

Please log in to read the full chapter
Like this story? Give it an Upvote!
Thank you!
← Previous Chapter Next Chapter →
Back to Top ↑
No comments yet
Back to Top ↑
Table of Contents
Foreword
>> Collapse chapters <<
Back to Top ↑
Community Promoted