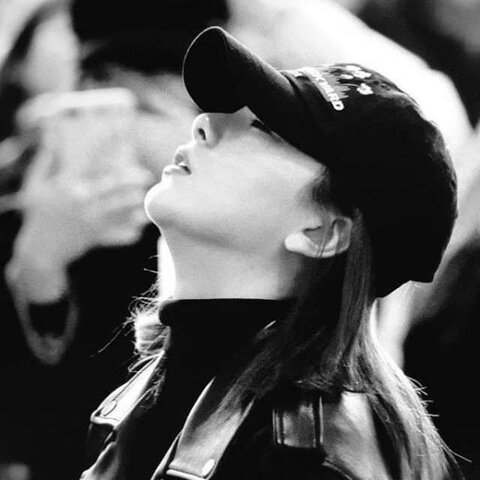 “I think you should stop underestimating me, Lee Sunmi.” The monolid chuckled lightly, “.. do you want to know my main mission?”

Sunmi just stared at Seulgi’s dark eyes deeply, she took a long breath and gulped, feeling anxious with the monolid woman that revealed one by one her dirty actions.

“To chase.. someone.. behind.. Joohyun’s car accident.”

“N-no.. no way!” The other woman lips were trembling and she made few steps back with her hands since she was only sitting helplessy on the floor.

Right in front of her, definitely a someone that Seulgi could bury alive with her sharp cold dark monolid eyes, without any mercy, not anyone but Lee Sunmi.

“Byul!” Seulgi waved her hand slightly to someone in around fruits section, busy to choose watermelon.

She was in the middle of buying some ice creams, since the woman named Lee Sunmi childishly craved the sweets after got her ankle examined in the clinic, she couldn’t go anywhere so she pleaded to Seulgi to do it, honestly her wounded ankle was the main cause of everything she asked to the monolid one.

“Oh— Seul!” The other woman smiled wide as she found someone greeted her meters away, they walked closer to each others to have a little conversation, since they haven’t met again lately, busy with their own lives but they still did chat to each others like last time Seulgi even told Moonbyul that she had colleague that obsessed with her but in other way she couldn’t get Joohyun out of her head.

“How is life, Detective Moon?” Seulgi asked with a little tease.

Moon Byulyi or she preferred to introduce herself as Moonbyul is another close friend of the bear-like woman, they met in college and got close since they were living in same apartment building before, she often hung out together as well with Seungwan since three of them just had same frequency and interests in life.

Became a police officer was Moonbyul’s most wanted dream in life since she was kid, but she never expected she would be part of serious crime unit moreover being a detective. it made her lost her mind whenever she got heavy and complicated case that drained much her brain, time and energy. But she couldn’t lie that was her passion, even she was in worst condition of her job, she had full responsibility and dedication of it.

“You look coolest whenever you are working though.” Another tease from the monolid. But she didn’t tell lie either, Moonbyul in action just her best look, so serious and mysterious, cold and untouchable, since she countlessly needed to face the cruel and heartless people in many dangerous cases, sometimes murderer, drug seller, or worst some kind of and many more.

“Did you just talk about yourself, Director Kang?” The woman teased back, they are close friends, their bond didn’t change no matter what kind of job they had, they still acted silly to each others just like when they were still in college, like nothing much changed between them.

“Well, both of us then.” Seulgi giggled lightly, she didn’t have that much confidence usually but well once again they are close, so they felt comfortable to each other in any condition.

“How is Joohyun, Seul?” She finally asked because Seulgi told to her things recently between her and Joohyun, complicated but Moonbyul understood it well, nothing was easy, since she remembered the last thing happened to her friend that damaged her badly on her wedding day. Moonbyul even attended on that day, she witnessed herself how the day ruined and how the heart destroyed.

“She is fine, I always hope so.” Seulgi smiled bitterly, remembered that she couldn’t even be with her love anymore since today, she needed to accept the faith and once again made her own heart bigger.

“Seulgi.” The detective had a thought in mind that she desired to share that to the monolid one in person not in chat, and unexpectedly they met.

“I think you should know this,” She hesitatedly said because it was related about her job, but Seulgi wasn’t stranger either in her life, they were like sisters, she only thought Seulgi needed to know this since it was related to someone important in the monolid’s life.

Seulgi surprised and even didn’t give proper answer as she heard the statement from Moonbyul, she just didn’t expect that world could be this small and it seemed like she and Joohyun really had the connected line that called faith.

“H-how come? It was traffic accident though, I thought not your unit?” Seulgi uttered confusedly.

“Kim Heechul, the pick-up driver, he wasn’t only driving under alcohol, but he is positive using drugs, we found he sells some of it too, that’s why the traffic investigation unit decided to work together with serious crime unit.”

“Woah.” The monolid stated in another surprise, she really had no idea the scenario would be this worst.

“I need to investigate deeper since he has big possibility being a drug seller too, I need to reveal his whole syndicate.”

“I really have no idea that Joohyun’s accident opened the bigger case.”

“We are still trying to solve this case, it is kind of difficult since he insisted to not talking anything, the progress is really slow, we don’t have many clues and it is frustrating me.” Moonbyul released her heavy breath.

“If only I can help you.” Seulgi sincerely said.

“I don’t know the correlation yet, but his last call on his phone is detected as.. Lee Sunmi.” Moonbyul locked her eyes to deeply to Seulgi’s.

“Lee Sunmi?! The producer I work together with?!” and the woman that had so huge obsession towards her.

Moonbyul nodded surely, “Yes, it was her. We are in process to investigate her secretly.”

“I know, based on stories you told me. But you know, even the car he used in the day of accident, he just bought it, and once again, the previous owner is Lee Sunmi.”

Seulgi gritted her teeth, no, it couldn’t be fortunately happened like that, she knew that there was something behind all of this even though she wasn’t hundred percent in sure about her conclusions yet. Lee Sunmi name appeared unexpectedly in the middle of Joohyun’s case was meaning something, Seulgi had uneasy feeling about it, because it seemed so fishy.

“Don’t you think all of this are planned?” The monolid asked straightly.

Bae Joohyun, her woman, got a bad accident in the morning on her way to her own apartment after stayed over her place whole night, her company car crashed with the pick up car which had drunk driver, it sounded so suspicious since he just bought the car not long before the day of accident, the previous owner and his last call on his phone was same person, Lee Sunmi.

“Honestly, I do think so.” The detective replied, “..but this case is still new, I need to unveil more facts.”

Somehow, it was too perfect to be called a coincidence, she couldn’t side the fact that Sunmi revealed her hidden side on the day she donated her blood to Joohyun, revealed her dark side, the evil side that woke up from hell. Since that day, the way Seulgi looked at her was very different like before, she didn’t face a human but a witch that can do anything for things she desired and obessed.

“Oh— It will mean a lot to me for sure, but be careful as always, Seul.”

“No worries, I think I find my own way.”

“Where is my ice creaaaam?” Sunmi whined cutely and let the monolid one entered her apartment.

Seulgi only smiled while gritting her own teeth tightly inside, she held the plastic bag tightly on her grip, she knew well this woman caused the everything happened to Joohyun, she had strong feeling about this, she just needed to reveal slowly and helped Moonbyul to finish the case quicker.

“Here.” She answered simply with trying to not making murderous eyes to the devil one.

“Yes! You remember well my favorites!” Sunmi exclaimed happily when she found the other woman got her favorite flavors, she just told the monolid a moment before she went to minimarket.

“Yeah.” Seulgi only smiled a little once again.

Where should I start?

How to reveal whole things she did perfectly behind that mask?

What will she do for next?

“Sit next to me.” Sunmi pulled Seulgi’s hand, pointed with her eyes to the space on the couch beside her.

The monolid’s crowded thoughts were broken and she only nodded as the answer, she didn’t talk much to the woman since she always had so many things in mind whenever they were together, mostly it filled by her love one and the whole problems between them.

“Sleep over here tonight, Seulgi.” The woman not even offered but commanded “.. you know I still struggle walk by myself and what if I need something in the middle of night.”

“Sure.” Another short reply from Seulgi but it made the wavy haired woman had the happiness explosion.

“Try it.” Sunmi opened one of her favourite ice cream and handed it to Seulgi’s closed mouth.

“I am full.” The monolid reasoned.

Sunmi shook her head, as usual didn’t accept any rejection, forcing or threating were the only ways she knew to solve everything, so she still placed the ice cream right in front of Seulgi’s lips.

“Almost 9pm, it is time to compress your ankle.” Seulgi got up from the couch to avoid the feeding.

“You are such a sweet, you give your attention well to me.” Sunmi eyes were sparkling.

Honestly Seulgi didn’t do that because she had concern to the woman, she did that because she wanted the woman recovered as soon as possible at stop making it for every reason of her plea to Seulgi. While she was waiting for her to recover, she needed to do her mission quickly there and could back immediately to Joohyun’s arms again.

“Wait for awhile.” Seulgi was going to walk to kitchen but Sunmi grabbed her hand softly, more like caressed it

“You need something?” The monolid knew the way she talked when she had something in mind, she tried to pull he