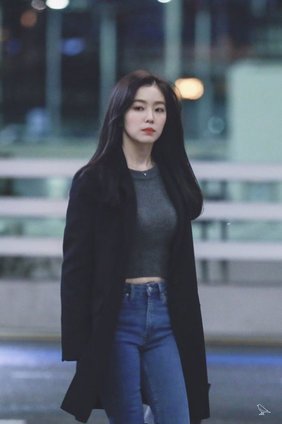 “Joohyun, are you sure to start again?” A man like father in this industry for the actress asked in worry.

A woman slash goddess named Bae Joohyun closed her eyes, she was close to make a river on her cheeks, but then she took a very deep breath. There was a name that never be tired to keep running on her head, stuck and wouldn’t escape, the love of her life.

“We won’t force you, incase you aren’t ready.” Asked the CEO again. He didn’t worry for nothing, the actress was in difficult time because of having pressure of mental health and needed to do the treatment for almost a year.

“I trust myself this time. Sir.”

“You must have big reason right?” He asked gently. Yes, amazingly, he knew his artist well.

The woman closed her eyes again, she tried to compose a sentence but failed. The CEO nodded his head a little, “Because the director of movie is—”

A name that she only could release with gentle whisper.

‘@koreadispatch : A respresentative of SM Studios stated to dispatch on July 16th that famous actress Irene Bae after long hiatus will appear in a movie titled Triple Patty that will be directed by talented director Kang Seulgi.’

“Director Kang! She signed the contract!”

A bear-like woman formed a simple smile on her lips, but not in her eyes. “I don’t know why our team choose her.”

“Well.. she suits with the main role in our movie this time.” Seungwan, the Assistant Director explained.

“But you should be professional too, Miss Director.” She teased.

“You doubt me?” The Director giggled lightly.

“We have been best friends since diapers, Seulgi. I know you too well, but we talk about Joohyun now, your ex fiancée.” Seungwan sat beside her comfortably, side her formality in workplace and became friendly mode, since not many people there because it was late already, but they stayed in office to do some preparations for the next project of movie.

“I’m done with her, already.” She pulled the corner of her lips, a bitter smile.

Seungwan only chuckled a bit, “I don’t think so.”

Seungwan giggled her eyebrows and earned unbelieavable look from Seulgi.

“Director Kang, we will hold the meeting with the talents on this Monday.” Sunmi the Producer informed in polite way.

“Oh sure.” The Director smiled.

“Irene Bae is okay on that day?” Seungwan asked.

“It isn’t like we can change the day if she can’t” Seulgi said nonchalantly.

“Tsk, I was just asking, she is our main role.”

“Yes, she will be available.” Sunmi answered and smiled to Seulgi, yes to Seulgi, eventhough the one asked was Seungwan.

Again, Seungwan only raised her eyebrows while Seulgi seemed didn’t really mind the situation because she was busy with papers.

“Seulgi.” Seungwan poked Seulgi’s arm, informed that Sunmi was talking to her.

“Your boyfriend already picked you up?” Seulgi asked, because usually she saw a guy drove her home.

Seungwan started to be confused with the situation at that moment, but she observed still.

“It is fine if your boyfriend though, no need to explain.” Seulgi answered innocently.

“See you tomorrow.” Then the woman named Lee Sunmi left them.

“Tomorrow is weekend even.” Seungwan said when she didn’t see the girl on her sight anymore.

Seulgi just chuckled, “Maybe she forgot about days off.”

“Well.. I like her too?” Seulgi gave Seungwan confused

Please Subscribe to read the full chapter
Like this story? Give it an Upvote!
Thank you!
Next Chapter →
Author's Thoughts
THANK YOU EVERYONE! SEE YOU IN SEQUEL!
Read More →
Back to Top ↑
No comments yet
Back to Top ↑
Foreword
>> Collapse chapters <<
Promoted - Advertise