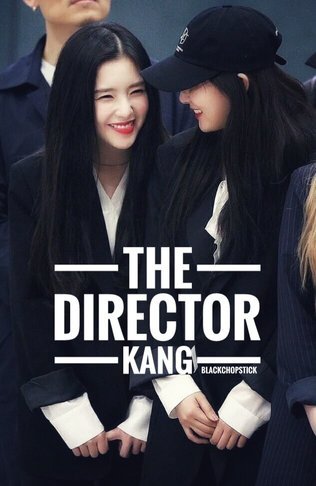 ‘@koreadispatch : A representative of SM Studios stated to dispatch on July 16th that famous actress Irene Bae after long hiatus will appear in a movie titled Triple Patty that will be directed by talented director Kang Seulgi.’

“Director Kang! She signed the contract!”

A bear-like woman formed a simple smile on her lips, but not in her eyes. “I don’t know why our team choose her.”

“Well.. she suits with the main role in our movie this time.” Seungwan, the Assistant Director explained.

“But you should be professional too, Miss Director.” She teased.

“You doubt me?” The Director giggled lightly.

“We have been best friends since diapers, Seulgi. I know you too well, but we talk about Joohyun now, your ex fiancée.” Seungwan sat beside her comfortably, side her formality in workplace and became friendly mode, since not many people there because it was late already, but they stayed in office to did some preparations for the next project of movie.

“I’m done with her, already.” She pulled the corner of her lips, a bitter smile.

Seungwan only chuckled a bit, “I don’t think so.”

Seungwan giggled her eyebrows and earned unbelieavable look from Seulgi.

Hey! I​ am back with different pairing!

Hope you can enjoy this story, appreciate it by comment and upvote, thank you!

Ah and yes I only own this story based on pure imagination, other things are credit to the owner! xo

Next Chapter →
Author's Thoughts
UPDATE CHAPTER 24!
GETTING NEAR TO D-DAY !
Read More →
Back to Top ↑
No comments yet
Back to Top ↑
Foreword
>> Collapse chapters <<
Promoted - Advertise