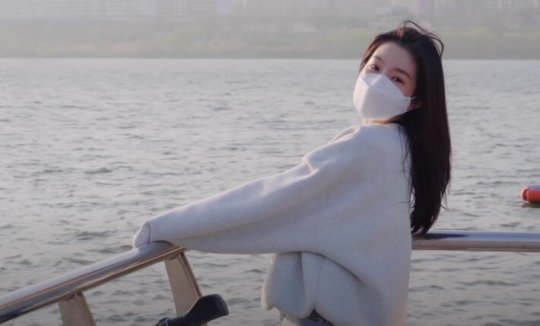 “Is she okay?” Seungwan asked with full concern as Seulgi walked out from the room to greet her this morning, it was just Seungwan’s daily regular visit.

“Last night was really a tough night for her I think.” Seulgi answered while rubbing her own eyes, she was still sleepy, she only got some sleep, since many things happened last night with her Joohyun. But she felt glad, she didn’t come late and doctor could save her in right time.

“She cried?!” Seungwan interrupted in shock.

“Yeah she is, in her deep sleep, worst part is she lost her own heartbeat for a while. I feel my world was falling down that time.”

“But how come? Everything was good so far, I mean her condition was getting better and better.” Seungwan questioned.

“I don’t know, Wan. I just left her to wash my face, just for a while, but when I was back, she was.. on her edge already.” Seulgi answered heavily, even though Joohyun showed her strength and passed it, she couldn’t help to feel pressed whenever she remembered how the raven fought for her own life right in front of her eyes.

“Are you sure there was no one around?” Another fishy question from Seungwan. She couldn’t help but remember about her stern warning to Sunmi, nothing wrong to be aware all the time.

“I wasn’t really sure, I entered and panicked, that was I could remember.”

“Hmm, okay then, I will visit her for a while, you go home and get more rest, you look like zombie.” Seungwan teased with giggle.

“You are rig—” Seulgi’s phone was ringing, she read the contact name.

“Why did she call me?” Seulgi moved her screen infront of her best friend.

Seungwan gave ‘I don’t know’ look and raised her own shoulders.

“Answer it, if you are curious.” Seungwan said casually, the truth she was the one that curious, since she already had a deep talk with the woman before, but it seemed that woman didn’t give up as easy as she thought.

“Hello? Ah.. I—” She took a glance to Seungwan, the brunette just raised her eyebrows, literally had no idea with the conversation.

“Alright, I will come to your place.”

Seungwan frowned a little, come? To her place? Seulgi owned a complete explanation to her after this.

“Why?” Seungwan asked as Seulgi was done talking.

“She said she was hurt.”

“Hurt?” Seungwan never had positive thoughts about the Producer one since that day, but she could see the innocent friend of her had very lack of awareness of it.

“Yeah her ankle, she asked me to bring her to doctor.” She answered innocently, too much innocence for tricky and sick woman like Lee Sunmi exactly.

“She has brother here though.” Seungwan still tried to find other solutions.

“As far as I remember, they don’t live together but nearby, he went to hometown too this time, so she has no one right now.”

“Seulgi are you sure?” Seungwan asked in worry.

“I know she isn’t good as we thought, but she saved Joohyun, Wan.”

Seungwan exhaled deeply, that was right she was Joohyun’s saviour, but the main point in Lee Sunmi’s eyes wasn’t it, she wanted all of Seulgi, with any way, that was the only intention, and she just worried that someone would do something again to her best friend.

“Call me immediately if something happ—”

“I know, Seungwan. Trust me, I am adult enough for this,” The monolid assured her, “..besides she is hurt, I think she is harmless.”

“Seulgi~”  Lee Sunmi whined softly as she found Seulgi stood in front of her apartment’s door, so different look with the woman who made crazy deal with her days ago, the two faced woman.

Kang Seulgi, she had black cap on her head and tied her hair messily in small bun, she wore white plain t-shirt with ed navy blue shirt on her toned body that day, the long dark pants fit perfectly on her legs and a pair of Converse wrapped nicely on her feet. Actually it just her casual look, but she looked fresh and pure after took a quick bath from her house, it caught the other woman attention so well, moreover her fruity fresh cologne roaming freely on the air around, it smelled addictive.

Seulgi only smiled a little as answer, she remembered well how this woman stole her forcefully from Joohyun, but she saved the raven’s life too, that was the fact she couldn’t deny, the fact that made her being like this, obeyed her words, behaved well and did everything she wanted.

“You come!” She hugged the bear waist tightly. Like they didn’t meet for long time, which the reality was only days ago, but Sunmi thought Joohyun stole her woman for too long.

Seulgi broke the latter’s arm on her waist carefully, not even try to hug her back, but tried to escape herself from the tight embrace.

“You said you are hurt.” She answered flatly, that was only thing that brought her there, no other intentions.

“See, it is so hurtful.” Ignored the way Seulgi talked to her with flat tone, she just showed a wound on her ankle, there was purple soft color clearly visible on her skin.

“Let’s go to doctor.” Seulgi made a step with her feet but Sunmi grabbed her arm to stop her.

“I can’t walk myself.” She pouted a bit and gave sad eyes, the monolid only could release a long sigh, threw away her face and closed her eyes.

Not waiting more, she placed the other woman’s right arm to her shoulder, there was nothing but to support her to walk, since Seulgi didn’t have heart to see the woman with the bad wound on the ankle struggled to walk alone, she hoped this would be done as soon as possible so she could back to her Joohyun again. But Sunmi felt the opposite, she was totally happy having Seulgi on her arms, being this close and didn’t even take her eyes off, just kept seeing with dreamy eyes.

“There is clinic nearby, we can go there.” Not interested with the compliment from the latter and kept her eyes on their way to elevator.

“Anywhere, as long as I am with you.”

They arrived on the parking area on the basement of the apartment building, still with her strong arms she helped Sunmi to sit on her car slowly. The Producer one still locked her pair of eyes on the figure who gave her arms to support from her unit until they sat inside the car. She fell for the monolid one like every single second they are to