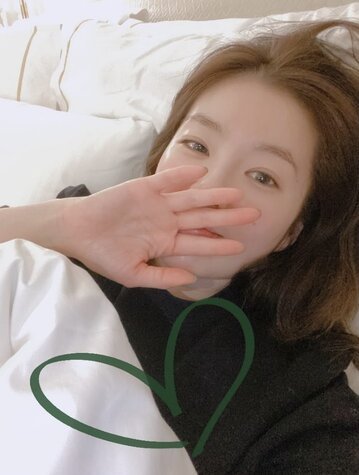 “Yes it is me, something happened with work? I will go after this, I am feeling better already.”

Seulgi’s body was tensed, just few moments ago Joohyun was here, even the porridge was still warm, it means Joohyun left not long time ago.

“What about Joohyun?” She asked carefully.

“Joohyun got into accident.”

“Oh hey, Joohyun. What made you call me this early?” Seungwan answered still in sleepy tone in the other line, she was awaken because Joohyun’s call in early morning, even the sun was still shyly to show itself.

“Thank you so much for your help, so I could come in right moment!” Joohyun still said excitedly.

“Woah really? You should pay me extra!” Seungwan smiled wide and fully awake, she was proud of herself since she could be able to make Joohyun and Seulgi became closer, yes she was the one whom telling Joohyun about Seulgi’s unwell condition and Joohyun used the chance very well last night.

“I am still on my way, from..” Joohyun hung her words jokingly.

“What? You sleptover?!” Seungwan shocked but the smile couldn’t be removed from her face.

Seungwan didn’t know what happened between them but she couldn’t help to hide her happiness knowing her other best friend, Seulgi could be able to open herself this far, it was very good enough for beginning.

“I couldn’t believe either, but that was real, I was with her the whole night and just went few moments ago because I have schedule so early, so Manager Unnie picked me immediately, I didn’t have heart to wake her up, her sleep looked so peaceful, she was struggle the whole night, it hurts me badly seeing her like that.” Joohyun explained sincerely.

Seungwan couldn’t help but gave her very proud smile to Joohyun which obviously Joohyun couldn’t see, but she just very glad to know that, to listen Joohyun’s story, to hear everything was getting better.

“I made her fever gone, I made her breakfast, I really did my best.” Joohyun continued.

Seungwan felt so warm already by Joohyun’s happy tone when she talked about her bestfriend, “You did well, Joo—"

Seungwan couldn’t finish her sentence, she closed her eyes immediately as she heard very loud sound from Joohyun’s call, the sound wasn’t the other woman’s voice obviously, something crashed and broke badly, it was really surprising enough to make her distance her phone from her ear. Seungwan widened her eyes again and hung open in shock. Something must be happened, and it wasn’t good one, her heart started to beat rushly.

Seungwan got frozen, she blinked and couldn’t be able to process what she just heard by her own ear. She checked on her screen again just to make sure, but the call really just ended like that. She thought something really happened, her heart was thumping uncontrollably, she didn’t want to think badly, but she couldn’t help it, what she just heard was too clear to assumpt what happened in the other line. She kept trying to call Joohyun again but the number couldn’t be reached, she tried again several times but she got same answers. She frustrated and got up, clothed properly like flash and run to her car.

“No, nothing bad happened, right?”

Seungwan bit her own lips in worry, she tried to drive in way that Joohyun was possible to take from Seulgi’s apartment to her own apartment, she breathed heavily, she didn’t know what to do but somehow she touched the radio button on the screen, she was afraid honestly to turn it on, but her feeling said she had to listen the radio this morning, who knows there was information she could get from traffics real-time report or just early morning news.

Seungwan gulped, she tried her best to focus on road but she couldn’t help to raise the volume of her radio.

‘Today, on Wednesday morning, October 10 at around 7.am, there was an accident involving a pick-up and SUV located in Apgujeong-dong, Gangnam-gu, Seoul…’

“!” Seungwan couldn’t hear the news anymore and tighten her grip on the steer, she tapped a button on her car’s screen immediately, made a call to Seulgi.

“Seulgi! Here!” Seungwan said bit louder when her bestfriend arrived and looked lost in the middle of crowd, they were in nearby hospital around and Joohyun was there.

“Where is she? Where is she, Seungwan?!” Seulgi panted, her voice showed clearly how much she worried.

“Emergency room, calm yourself, they still do their best.” Seungwan tried to comfort Seulgi with her best eventhough herself couldn’t feel that calm either.

“I don’t know, she is there already as I am here.”

Seulgi held her own head, she couldn’t sit, she walked back and forth in total mess. she never imagined to feel this kind of feeling this early in her life, in the edge of losing her half in this universe.

“Hey,” Seungwan stopped Seulgi from moving. “..she will be fine, she is much stronger than we know.”

Seungwan said surely, she knew that because the fact Joohyun still fought for her relationship with Seulgi after so much damages she received too, her strength never failed to amaze her, so she could pass this easily, at least that the only positive thing Seungwan could think for now.

“It is my fault.” Seulgi lowered her head, held her tears.

She still couldn’t forgot how last night Joohyun stood in front of her door, gave her genuine smile on her tired face, but it was still look beautiful as always in Seulgi’s eyes. She closed her eyes and remembered again how Joohyun cried soundlessly under the rain, because of her, she wanted to punch herself badly, because being so dumb, so stupid, she couldn’t take care of her properly, she couldn’t love her freely.

“What are you talking about?”

“If only she didn’t come last night, she didn’t sleepover, she wouldn’t—”

Seulgi’s phone was ringing, it broke their serious conversation, she took a glance to her screen, Sunmi’s name appeared there.

“Answer it, who knows that is very important talk related to work.”

“She worried much about you too, just talk in brief and we can stay here again for Joohyun.”

Seulgi took a deep breath and finally picked the call and stood meters away from Seungwan.