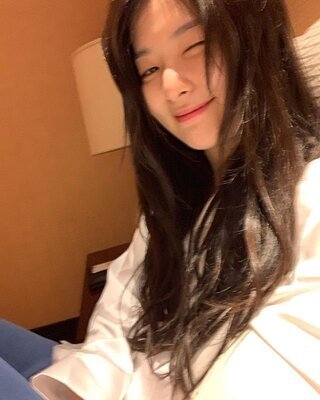 Seulgi - I have Nothing (By Whitney Houston)

Seulgi approached Seungwan with heavy walk, she couldn’t even meet Seungwan’s eyes, she was clearly avoiding it, she was simply didn’t know how to begin the explanation, moreover the nonsense deal she made with Sunmi, her mind told herself that her best friend should know this, but somehow she wasn’t ready, maybe just not yet, not in this situation.

“It is all fine, she entered the room already, Joohyun will get the blood soon.” Seulgi pulled the corner of her lips, tried to make a curve called smile with full of effort. She was happy, but in the same time, her heart felt like getting squeezed, knowing she wouldn’t be the first person Joohyun saw when she opened her eyes.

“Now you are mine, Seulgi.”

Sunmi broke the hug and looking straight into Seulgi’s eyes, the monolid woman just shut the mouth, she couldn’t release even a word, her eyes told everything, it didn’t feel right, getting owned by someone else felt so wrong, it supposed to be Joohyun, only her.

“I don’t want to share you to anyone, moreoever—”

“I will do anything, just save her.” Seulgi said in flat tone.

“Then, don’t ever meet her anymore.” Sunmi said clearly for Seulgi’s eyes.

“How come you—” Seulgi lost her words, she just couldn’t believe every single thing came out from the latter’s mouth, it just sounded unreal.

“I will let them take my blood right in this second if you say yes.”

“Let me, just until she opens her eyes again.” Seulgi tried to negotiate with the woman.

Sunmi was thinking for awhile, she would have Seulgi fully as Joohyun conscious again, so that was pretty fine maybe, “But make sure you will not be there when she is awake. I really don’t like sharing.”

“Can I keep your words?”

“Yes.” Another short reply from the monolid one.

With a long breath she released, “I promise.”

“Oh my god, I am so glad to hear that. Producer Lee is such a kind woman.” Seungwan said while smiling wide.

Seulgi wanted to tell her best friend everything but she just couldn’t, she was afraid with Seungwan’s reaction somehow, because it would be surely disappoint her, she wanted to regret her decision but if she remembered Joohyun, her heart felt warm, knowing she would get better as soon as she got the blood, Seulgi just wanted her open her eyes again and live normally like she used to. But imagining she wouldn’t be the source of Joohyun’s happiness anymore, it shattered her heart.

“Seulgi? Hello?” Seungwan waved her hands in front of Seulgi’s face, the monolid spaced out, she had full of thoughts in her head, and worst those couldn’t be spoken.

“Something must be happened right?” Seungwan asked straightly with intimidating eyes.

Seulgi sighed heavily, “I.. I will tell later.”

Seungwan was totally right, her instinct as friend never missed, she knew well when something happened to Seulgi, but whatever it was, she respected her, Seulgi would tell her everything when she was ready.

“You know, share it when it feels too heavy, you have me.”

“Thank you, Wan.” she smiled simply.

“Oh I think she received the blood already.” Seungwan said as she looked at the wide window of Joohyun’s room.

Seulgi looked at it deeply, the nurses connected the additional blood to Joohyun’s weak body. She smiled but her eyes got watery again, losing herself was so worth for Joohyun’s life. Honestly she could easily tricked Sunmi, just screw the deal, but she just couldn’t, she promised already, moreover Joohyun wouldn’t like the idea she got additional blood from her rival, if she could, she would definitely choose to hang on and waited someone else to save her, she didn’t like owing, moreover to Sunmi.

“I hope we can see her closer.” Seulgi said while her eyes still locked on the woman inside.

“They will let us soon.”

Not long time after Joohyun got some treatments, the doctor came out from the room, she smiled a bit to Seulgi and Seungwan, she knew these two girls stayed for Joohyun for whole of the time, Seulgi could see from her face that she would bring a good news.

“Ms. Bae is still unsconscious, but her condition is pretty stable now, she can be visited but allowed for one person only.” The doctor explained and she excused to go.

“Go see her, Seulgi.” Seungwan smiled to her best friend.

Seulgi nodded happily, eventhough the woman still couldn’t open her eyes, at least she could see her closer and talk. Seulgi walked slowly, like she didn’t wanna wake up the other woman, she just couldn’t believe yet, it happened to Joohyun, until made her unconscious and made Seulgi’s world fell down instantly.

Seulgi grabbed Joohyun’s hand gently, like it was a fragile creature. She sat in the chair beside her bed. She didn’t realise either, she called her with her old nickname when they were still together, but somehow it sounded right. She looked straight into Joohyun’s bare face for seconds before she t