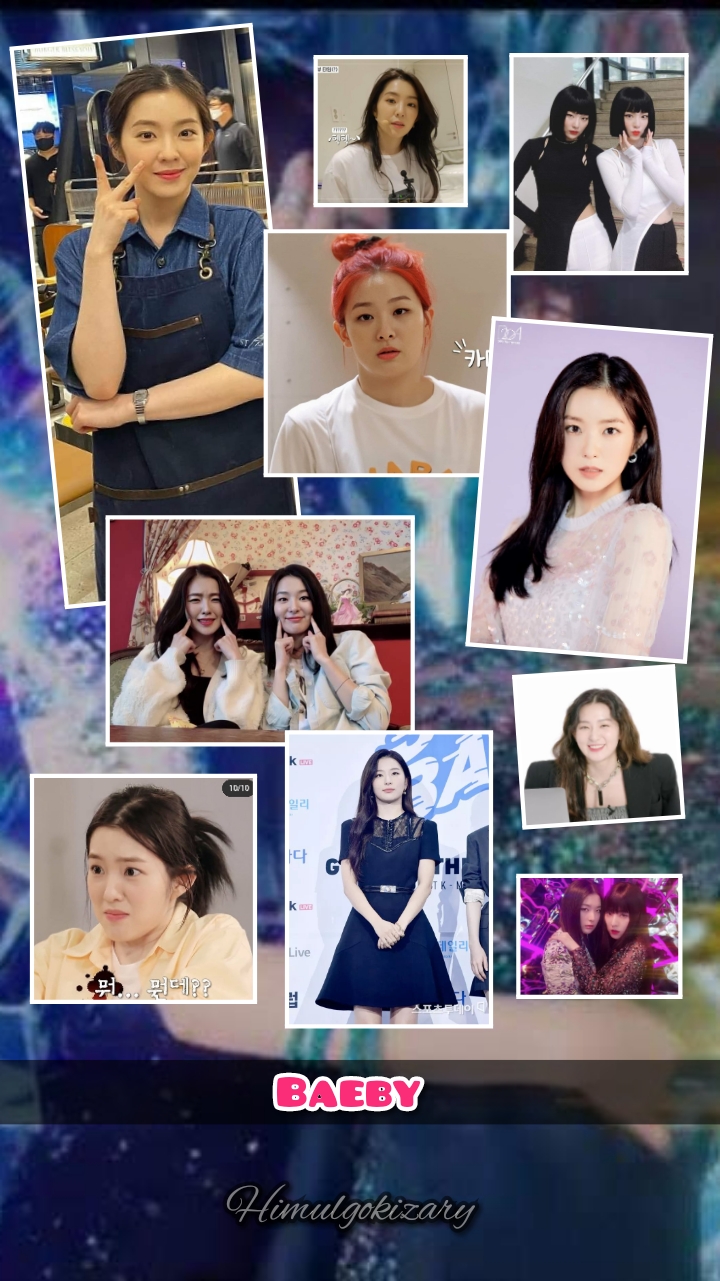 “Seulgi-ah, why do you look moody? Is that food not good?” Jisoo wondering why Seulgi look grumpy and staring at his food instead of eating it. It is his favorite food but he look like don’t have interest to eat it

“I not in mood to eat” Seulgi said quietly

“Do you have problem?”

“Don’t lie to me Kang Seulgi. You never resist food for no reason. Come on, tell me”

Seulgi put his utensil down and lean his back at the chair. He really have something to tell Jisoo but he worry if she will get hurt. He know Joohyun is upset earlier but he can’t reject Jisoo too. This time he really don’t know which one to choose. Both girls are important to him and he don’t want to hurt them

“I will try my best. What is it?” Jisoo waiting patiently

“Can we meet less after this and keep a distance between each other when we go out?” Seulgi nervous waiting for Jisoo reaction

“Actually these days I courting someone and she’s not pleased with that. She upset when she saw you too close to me then we hooked arms together. Can we not do that anymore? Let just behave like a friend”

Jisoo zoning out when she find out that Seulgi is seeing someone. She thought she still have a chance but she’s wrong. She blame herself for expecting Seulgi still single and available for her

“Is she someone I know?”

“How did she know that we’re that close? She saw us?”

“She saw with her own eyes. She witness everything”

Jisoo frown “Is she working with you?”

“Nope but she is Bae Joohyun. My personal assistant”

Jisoo sighs “Why you don’t tell me early about this? I don’t know that you two have something going on. I thought you still single that’s why I’m so clingy. You suppose to let me know early. Kang Seulgi…oh my god” she feel guilty towards Joohyun

“She is hurting more than I am. I will understand because you have your own reason”

“You suppose to choose her over me. I will be fine. I understand the situation. You know how much it is hurt when someone you love ditch you for someone else. You had been there before and you should know it better. Don’t let history repeat itself. Go and make it up with her after this” Jisoo groan

“She is not around for few days. She go back to her hometown”

“Just call her and say sorry”

“She not answering me” Seulgi pouting

“You deserve it for making her upset” Jisoo rolled her eyes

“Let her calm down first. I will talk to her next week”

“You better work hard. I don’t want to see you disappointed like before. It’s enough for me seeing you breakdown 2 years ago. This time is your fault so you fix it if you really love her”

“I’m really in love with her but we haven’t date yet. There are few things that we need to handle before move to other step. I know that we both share same feeling because she choose me instead of Seungwan”

“Yes but she said she don’t like him. She not treat him like she did to me” Seulgi smile shortly

“Yeah, it’s true” then Seulgi tell Jisoo about what happen between Joohyun, Seungwan and him lately that resulting his relationship with Seungwan shaking again

“You should appreciate her because she choose you. You know how fast Seungwan can be while you’re dense and slow. She choose the slowest and boring one instead of romantic and sweet guy”

“Yeah but you still slow in noticing someone feeling. If you’re not dense and slow, Joohyun is not upset”

“Stop rubbing it on me”

Jisoo shrugs “I just stating the truth. Finish your food then we go home. You look messy right now. You should rest. I don’t want Joohyun to blame me for making you restless”

“Okay” Seulgi finally dig into his food. He force himself to eat because deep inside he missed Joohyun so much. He don’t hear from Joohyun since she go home yesterday

Chorong staring at Seulgi who look lifeless and poking his food. Her boss is sulking ever since Joohyun absence. She feel sorry for him but she not blame Joohyun for not contact Seulgi because the boss literally disappointing her. She don’t know which side she supposed to go because both of them are her best friend

Seulgi nods “She just seen my text and ignore my calls”

“She is very upset after seeing you and Jisoo last time. It unpleased her to no end. You should tell Jisoo about her”

“I want to apologize to Joohyun. I’m very worried about her now”

“She is safe and sound at home. Nothing to worry about”

“Not that one but other thing”

“She said her parents want to discuss about her future. I wondering what is it about. I don’t mind if it is not what I think about”

Seulgi looking at Chorong sadly “I hope it is not about marriage. She used to threaten me if I and Seungwan do something not funny, she will ask her parents to arrange her marriage. I can’t sleep whenever I think about it” his eyes teary

Suddenly Chorong gasped “Yah, she told me something related to it before she go home”

Seulgi froze on his place “What…what she said?”

“She said someone ask for her hand in marriage”

“Why you don’t tell me early?”

“I don’t know about that threat. You suppose to inform me”

“Aigooo, what if she accept the proposal? What if she go back for her wedding and return as married woman?” Seulgi flustered

“I don’t think it will go that far. You’re thinking too much” said Chorong

“Stop with your what ifs. I believe she will not leaving you. She love you, Seulgi. You just too careless when you choose Jisoo over her. The night before she go home, I hangouts at her house. I know she is lonely even I’m there with her. She keep glancing at her phone every now and then. She expecting your text or call but you forget her because you busy with your ex-girlfriend. You mess up big time now” Chorong stated matter-of-fact to Seulgi

“If only I can turn back time, I will not go out with Jisoo. Early that day, we had argument because of that matter. I told her Jisoo is only my best friend but she

Please Subscribe to read the full chapter
Like this story? Give it an Upvote!
Thank you!
← Previous Chapter Next Chapter →
Author's Thoughts
Shall I activate story chat for Baeby?
Read More →
Back to Top ↑
No comments yet
Back to Top ↑
Foreword
>> Collapse chapters <<
Promoted - Advertise