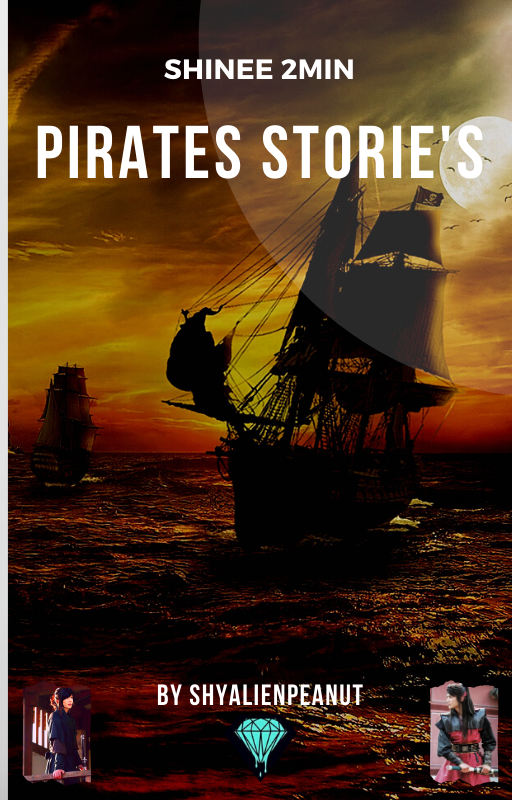 It is said that the "Shining Devil" is the ship with the most terrifying captains.
Lee Taemin escapes from his home and joins the crew of the ship, he reveals another side of the pirates, the freedom.
Love and plot, full of adventures in the sea and on land.

This fanfic is about pirates

The story is history and adventure au

If there are grammar mistakes, I'm sorry I'm not so good at writing even though I love it.

I don't write ual content, except for jokes (if necessary)

❗this story wasn't real or true in the past❗

The story takes place in East Asia, Korea before dividing into North and South Korea, China, Japan, India, and the area in the 18th century.

The names of the places are not well understood, so it is important to look at the map, at the beginning of chapters there will be pictures of the maps, and sometimes there will be a picture of the route that they go through during the book and at the end of the book there will be a summary.
*from here*

* Another Map of the All-East *

As in historical stories, Korea is divided into medieval-style kingdoms with traditional Korean-style clothing.

Must not be copied

Translation only with permission

It's fanfic, the characters are based on real people who don't belong to me.

I know it's mostly sad after the 2017 SHINee crisis but I want to write an idea I had.

Next Chapter →
Author's Thoughts
in chapter 22 the maps are not historically correct but are taken to the story's sake.
also, in the jeon family tree, the Okinawa general is a woman and she has a husband, this is my mistake while making the trees.
Read More →
Back to Top ↑
No comments yet
Back to Top ↑
Foreword
>> Collapse chapters <<
Promoted - Advertise