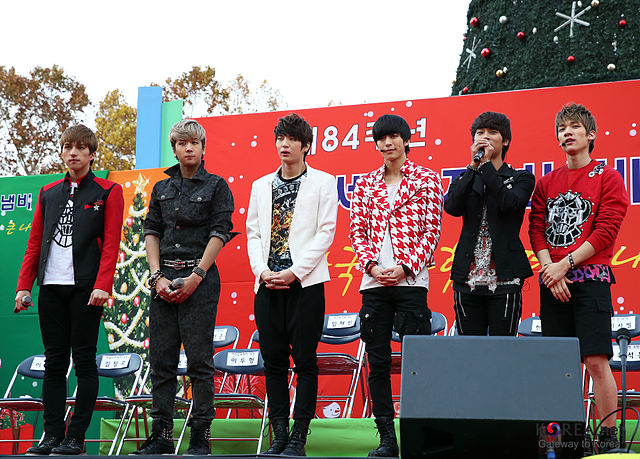 VIXX (Korean: 빅스 pronounced "vicks"; acronym for Voice, Visual, Value in Excelsis) is a six-member South Korean boy group, formed by Jellyfish Entertainment in 2012. All members participated in Mnet's survival reality show MyDOL and were selected via an elimination system through viewer votes. The group name, VIXX, was also decided by viewer votes. VIXX consists of N, Leo, Ken, Ravi, Hongbin and Hyuk. They are predominantly known as a concept or performance group whose music, lyrics, choreography, and overall stage performances are crafted together to tell a story or concept.

The after 'kidnapped' story

About me.... {DO NOT leave negative comments}

About "Indulge Me" Series and & Poll. Readers of series please read.

How my biases became my biases

Hey I'm back! And there are updates lol

An Ending with an update!

My mascots for the "Indulge Me Series" and update on 100 subscriber special.

should i write more of this story?

Oh man it’s been a long time... And updates!

Choose The Main Cast + Pairing For My Next Story

Looking for a new RP to Join?? Here you go!

I swear that I can't stop falling in love.

#2 Announcement about: Problematic On Rate M's (and others)

Blinded by your very being [hongbin x hakyeon vixx fic]

I AM FINALLY BACK-Depression does not win.

I'm fully immersing myself in my "Indulge Me" Series!

Thanks to "To wish or not to wish" subscribers ♡

New Vixx fic: To wish or not to wish [Nbin]