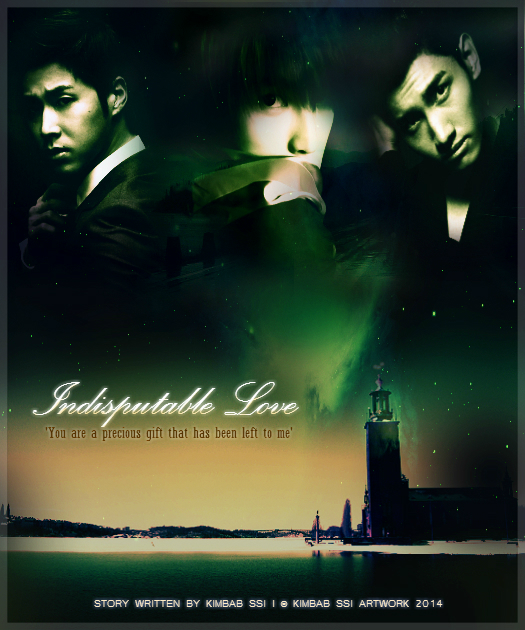 Warning: Contains BL contents. This fiction is not beta-ed, I would be glad enough if someone offers a help to do it. :)

They were indisputably became brother, that was what people would see them as.

Jung Yunho was fifteen when he lost his lovely mother, who had died after two years suffering from chronic brain cancer. After the big loss in his life happened, his father was started abandoning him. That man who in his early 40’s was rarely been at home, only kept busy with working outside as a construction labor to support their unstable life at the moment. It took five months that Yunho hadn’t seen his father, and when the man came home one day, he had greeted him by brought back a new woman with her son into their house.

“Yunho, this is Mrs. Kim Tae Hee. She is…your new mother. And this little boy… is your little brother, Kim Jaejoong.”

That sudden shocking news was enough to make Yunho felt infuriated flicked inside him. For him, no one could replace the empty space of his lovely mother. He had promised that to himself when his mother let out her last breath in his arms months ago. Even though his new mother was really kindhearted and caring to him, still he felt hard to admit the woman and her son as a part of his family. He was actually scare – scare that his love toward his late mother would be less or shifted. He kept defied that one fact until two years later; he realized he was the biggest coward in the whole world, as he received the heartbreaking news of his father and stepmother were killed in a tragic accident. The only precious treasure they had left to him was a six years old Kim Jaejoong, his new little brother that had survived miraculously in the accident.

And that was the starting point where had lead Jung Yunho's life slowly changed, and the most terrible tragedies in his life started…

I only saw you as a burden to me…and had keep blaming the people who were responsible to bring you into my life.

But little did I know… you’re a precious gift that had been left to me.

Those big-doe like eyes of yours were looking at me with a glint of a new found happiness; that made me felt irate as that was something I had craving for so long, but still I couldn’t own…

But, you always looked at the things around you in a different way. Even if it just a simple little thing, still it could bring you a huge smile… which made me feel so envious, as I couldn’t be able to do so…

Or…am I too late to be forgiven?

“Hyungie, don’t leave Joongie… Joongie promise will be a good boy.” Tears started welling up in the six years old boy’s eyes, at the thought of scare to be left alone.

“How many times do I need to repeat, don’t call me hyung! I’m not even your brother.”

Those big teary eyes of the little boy stared up at the elder one, his lips trembling, “Yun-Yunnie…don’t leave Joongie…” and he started sobbing.

“Aish, you’re really annoying.” The elder boy scratching the back of his head as the kid had instantly changed the way he called him just now.

“Stop crying! I will leave you for real if you don’t stop crying.”

As heard those threatening words, the boy immediately brought his small palms on his tear-smeared face, and wiped off those small-crystal ball of tears that kept rolling down his puffy cheeks.

“Joongie…*hic* won’t cry anymore. Joongie promise! So, *hic*…can Yunnie take Joongie home…” The little boy said between his hiccupping, trying hard to suppress his sob. The tip of his nose had gotten red due to the fact of crying a lot.

“Just follow me quickly if you don’t want to be left behind.” He said and walked off from the main entrance of the orphanage house, where he had just calculated in his mind to leave the little boy there a moment ago.

The little boy quickly trotted to follow his brother. There had several times where he almost stumble on the muddy street in his hasty step, as his little and short legs tried to catch up with the elder's big and fast step. But he just kept quickening his legs, trailing behind the other, as the thought of to be left alone in the unfamiliar place with full of stranger was more frightening to him.

A/N: My first story for this 2013…^^ This plot just slowly formed in my mind after I listened to ‘I Miss You’ ost song. Lol. The lyric is just so heartbreaking, but hope this story won’t be that heartbreaking like the drama. This will be story from the flashing back moments where Yunho had to take care of the little Jaejoong until the day where there had something big happened, and it had lead Yunho’s life into a total mess. Maybe, this will be story from Yunho’s side, or his point of view.  No plagiarism, but if you do feel this story somewhat familiar with any other stories that you ever read, just feel free to inform me. I’ll revise it. Thank you. ^^

©  Author 2013. All rights reserved. Distribution of any kind is prohibited without the written consent of Kimbab ssi_김밥ღ.