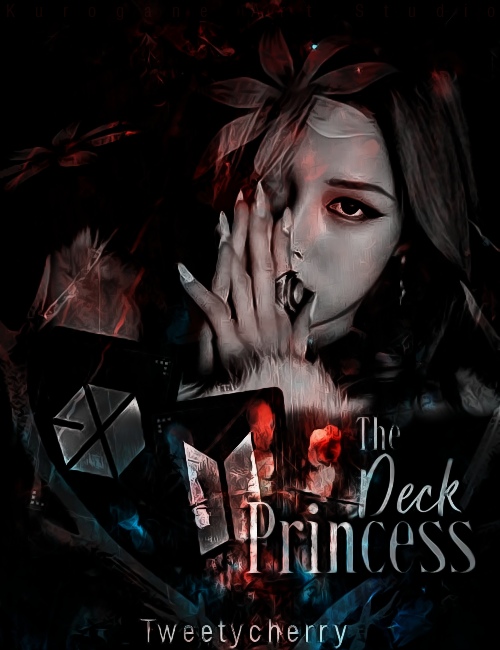 Welcome to the Hidden World of the Card Wielders.

Warriors - majestic magical beings trapped into playing cards for their entire lives. They are at the bottom of the food chain. Treated like servants and abused.

Card Wielders - human beings who posses the skills to summon a warrior from their cards. They are the masters and can get down & dirty to Aquire what they desire.

Cards - A magical prison that keeps a warrior trapped. It’s their home and their only sanctuary. The Cards can only be claimed by a Wielder. To others, it’s useless.

Decks - a group of cards that makes a particular deck. Each deck can be identified by their design and colour. The Numbers vary from 4-12. There are hundreds of Decks out there. Some powerful and some not so powerful. As each full deck is obtained, a power is granted to the wielder.

The Celestial Acadamy - The Only magical school in Seoul and one of the best Academy around the globe that teaches new wielders to train and control their warriors.

The Council - A small community of people who comes from the oldest families of Card Wielders. Their bloodlines are treated as Royals.  They are the Law makers and Law Enforcers. The group is made up of 15 families with the eldest member acting as a head for each bloodline. It is rumoured that they are the masters of the most powerful decks in the world. They are cruel and vicious if things are not played by their rules.

Mates - A very Rare talented species born only for the most powerful Decks to mate with. They can be born as Card Wielders or as Warriors. If Decks are mated to their destined mates, the bond will forever be permanent until their last breadth. No other bond can over-ride this. And Thus, Mates are killed as soon as they are born. It is illegal for a Mate to exist in the community.

This story is inspired by all the Cardau stories out there on Asianfanfic including Red Skies and Royal Cards , Royal knights  and Twelve majestic .

Poster Credits: A big thank you to Kurogane Art Studio (Graphic Shop) for creating such a beautiful story poster.

Wendy and Irene were barely friends - until somebody bends, unexpectedly. (No, there's no rated stuff in the story. It's the song reference)