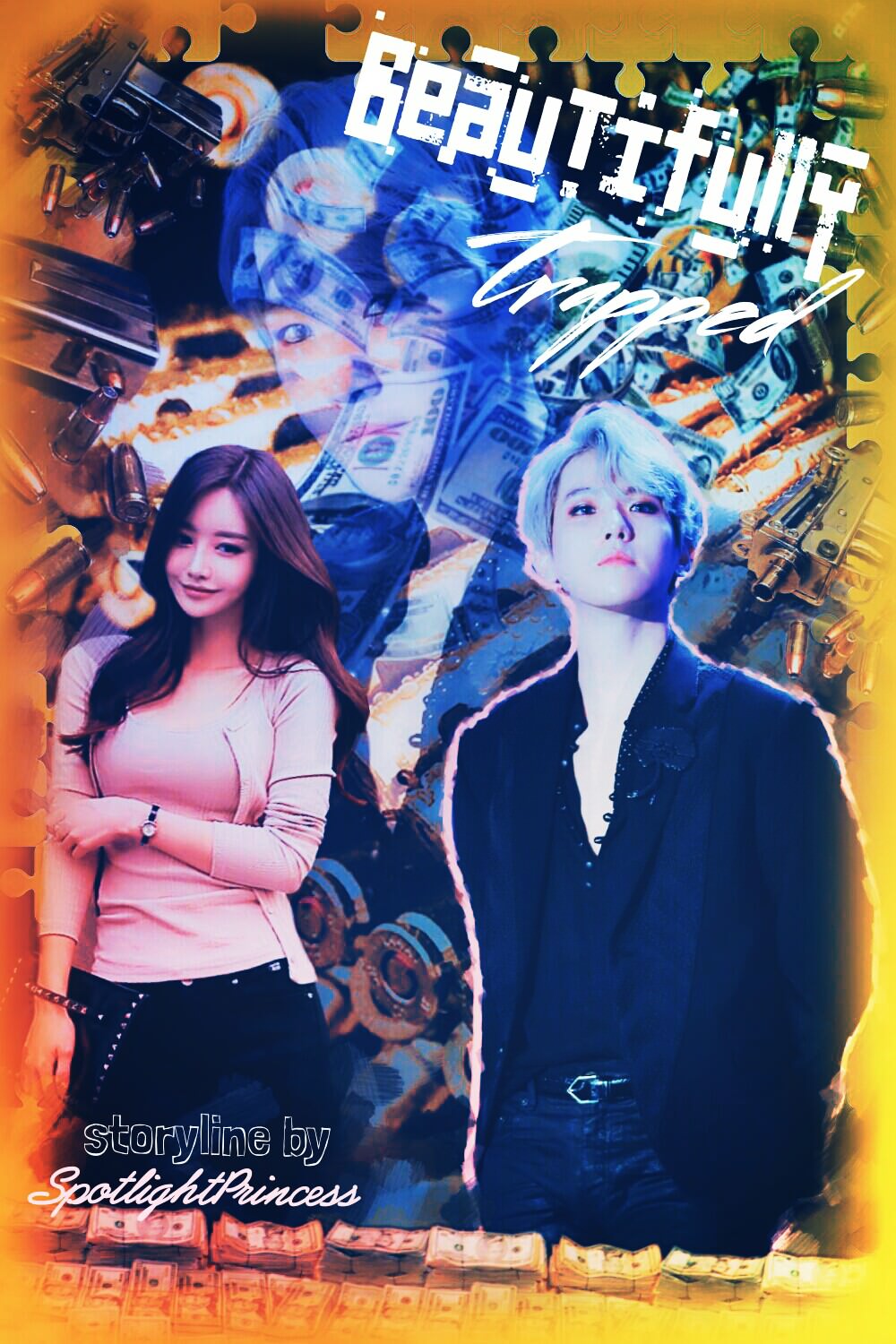 Incident of what happened years ago, when she was a child came rushing back to her and all she could voice out as the mic fell from her hand was "W..what? A gun?"

"Hana let's go!!!" Bora yelled in pure horror, causing Hana to snap out of the deep thoughts she was in.

"A..aunt Bora, p..please g..get out of here, including you all my friends. I..I.. think t..they are after me." Hana said, causing Bora to raise a questioning brow at Hana.

"T..they?" Bora asked to which Hana nodded in reply before pointing at two other men that were not far behind the man who was holding a Perazzi gun, causing Bora to gasp in shock.

"Hana, your friends have all escaped, now it's just the two of us left. Come on let's go!!" Bora begged while pulling onto Hana's hand with her heart racing in fear as cold sweats broke out of her skin.

"Stop Right There!" LuHan yelled when Hana and Bora took off, mixing into the crowd of people who were oblivious to what was happening in their environment, causing LuHan and his men to chase them down the street of Seoul.

"What the ?" Baekhyun asked no one in particular as he watched the scene unfold in front of him.

"! These fools are completely useless. I better do this myself." Baekhyun said in a calm tone as he gritted his teeth in anger before getting out of his black Limousine.

"Oh ! I think we've lost them." LuHan said while placing a hand on his forehead, taking deep breaths.

"B..but what are we going to tell our Boss? He's going to be so pissed, if not finish us off." One of Baekhyun's men said, causing LuHan to stare at him with fear evident in his eyes.

"You two, take this route while I'll go this this way." LuHan started before adding "We must find that girl."

"Yes Sir." They replied in unison before walking off.

Taking in deep breaths, Bora hid in a corner of a building while peeping down the streets to see if they had managed to escape from the kidnappers she presumed and when she saw no trace of them, she sighed in relief with a small smile gracing her lips.

"Hah.. Hana, I think we've lost them." Bora muttered as she turned to look at her side only to find it empty.

"W..what? Hana? Where are you?" Bora asked no one in particular as hot tears streamed down her cheeks.

Her legs are weak, her body is tired, it's hard to breathe with the speed at which she is going but she won't stop, no she won't, she have so much to live for so she won't give up.

Hana doubled her speed as she ran down the streets of Seoul while wishing for help from anywhere, all she wants right now is to be rescued from those bad guys she presumed.

The earth is spinning or rather she's about to pass out as she was exhausted and somewhere along the line, she couldn't feel her legs anymore as she was gasping for air.

'Is this the end? Am i going to die?' Hana thought as she kept on walking, not finding the strength to run anymore.

Not being able to see clearly, she bumped into something or rather someone because instead of falling to the ground, solid hands held unto her shoulders.

Slowly blinking one, two times, Hana stared at the stranger and all she could make out of the stranger's face was his eyes and lips that was pulled up in a smile or was it a smirk? Hana could not differentiate between them.

"Breath Baby, I've got you." The stranger said while picking her up in bridal style.

"Thank you Sir." Was the only thing Hana was able to voice out before everything went black.

"Oh , it's been two hours and still no trace of the Nun and the girl. What do I do now?" LuHan asked in anger and in frustration as he kicked an empty bottled water in anger.

"Why did I have to bring a gun along? I think this is the reason why they all ran away." LuHan said while shaking his head in regret before adding "Now what do I tell Boss? That I lost track of them? That they escaped? He's going to kill me then."

LuHan sat down on the bench next to a grocery store as he thought of all possible ways to look for the girl and bring her to Baekhyun.

"Should I just summon up courage and go back to Boss and then tell him that I couldn't find the girl?" LuHan asked as he thought it through for a minute or two before adding "No, that's not a good idea. I think I should just stay back and look for the girl until I find her."

"Where is my sister?" Bora asked, causing LuHan to look at the direction where the voice came from.

"You?" LuHan asked before sighing in relief as he got up from the bench and walked over to where she was standing.

"Don't You DARE Come Near Me!!" Bora yelled in anger, causing LuHan to raise a questioning brow at her.

"Where is Hana?" Bora asked, causing LuHan to shrug his shoulders.

"Why are you asking me Miss? You ran away with her didn't you?" LuHan asked, causing Bora to grit her teeth in anger.

"Well that's because you attacked us while using a gun!!!" Bora yelled while shaking in anger and in frustration.

"Wow! You have so much anger in you and it's not too good for you ladies." LuHan said while chuckling in amusement.

A sob, caught LuHan's attention, causing him to stare at the Nun who was crying so bitterly as tears streamed down her cheeks.

"What now? Why are you crying?" LuHan asked, not knowing what to do with the crying lady as people started giving him confused and suspicious looks.

"Ahhhhh.... My favorite little sister among all the children in the orphanage home is missing and it's all your fault. We thought you guys were kidnappers that's why we ran away." Bora said before falling to the ground as more tears rolled down her cheeks.