Well, it was a typical Friday afternoon. I plan on finishing the project, or at least working on it, with the jerk. My phone rang, making me jump as I immediately grabbed it. I've come to grips with reality that we are never going to date, so I can just focus on schoolwork or find some other guy. There's plenty of guys in the world and I don't have to focus on just him.

I can't argue, though, that I might have fallen hard for this arrogant . Everything he did, I took note of. There were rumors surrounding him now about having one night stands with Lisa and whoever which made me pissed. It wasn't true. How is it possible for him to go out and somebody when he was clearly with me, working on our project. Lisa just is obsessed with him and to think she's my competition. Don't you think that it's useless to fight with her? But honestly though, it seems he has gained his nickname back, obviously unwillingly.

In fact, I've been seeing him with girls circling around him all week in school. So, obviously, I'm not going to compete with popular, obnoxious, snobby girls who are desperate enough to cling around on people- oh god, why do I sound so angry? I'm good, I'm fine. Not mad or angry at all. I'm not jealous, what? What is being jealous? Ha, not me. But, what am I to do? He doesn't like me back and I'm just so fed up with these one sided feelings. I mean, what's the point?

"Hey, dude, there's gonna be a party tonight, are you coming?" Jayden asked.

"Hmm...maybe I can make it." I glanced at the clock as it read five.

Just enough time to get ready.

"Alright, see you there!" He cheerfully hung up.

"What's going on?" The jerk asked.

I was so engrossed in the conversation I forgot that the jerk was here. Might as well make him see what he's missing out on, you know?

"Nothing." I shrugged and ran upstairs.

I have just enough time to shower, shave, and prepare! Perfect timing, Jayden.

I had on a simple black dress and left my hair down. I decided not to wear my glasses and left them on my table. 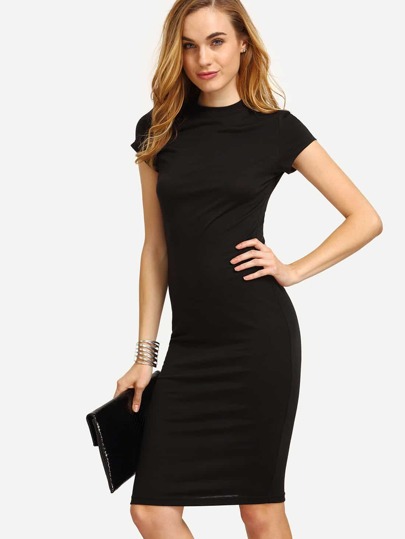 But, wouldn't it be rude to leave him here all alone? Well, I mean, it shouldn't matter since he's not going to care either way. I shrugged happily as I went downstairs.

"Where are you going looking like that?" He asked, shocked.

"A party, I'll be back later, you want to come with?" I replied.

"Uh, no, sorry. I want to finish the project." He shook his head.

Jayden's car was in the front, waiting for me.

We arrived at the party and it looked like the whole school was there. I was starting to feel that this wasn't a good idea.

We were immediately greeted by Liem at the door.

"Help yourself to anything here, I heard you like to dance, there's a dancefloor right over there." He winked.

And thus, I was having an amazing time already. I spent every single minute on that dancefloor and got to know all of my other classmates, of course, with the occasional flirts and whatnot. But don't worry, all I did was dance. Nothing more and nothing less. It was an amazing stress reliever. I have never felt so free and like myself. Maybe I should go to parties more often.

"Dude, you've been dancing for three hours. I think it's time to go." Jayden chuckled, pulling me out of the house.

"Yo, that was sooo fun!" I smiled, getting into the car.

"I'm glad you had fun." He returned the smile.

"Dude, next time you're going to a party, you should take me with you." I chuckled.

"Of course." He laughed along.

We said bye to each other as he dropped me off at my house. It was late now and I'd figured the jerk had probably either gone home or were asleep. I opened the door and was greeted by the lights. Huh. I guess he's still here. Then, I got the shock of my life. There they were on my couch; him and Lisa. She was on top of him. I couldn't believe it! What the is going on here?!

"It's not what it looks like." He pushed her off of him.

"Oh, calm down." Lisa stood up and crossed her arms.

"Shut the up, get out of my house. I beat you up once, don't make me do it again." I retorted as she hurriedly ran out of the door.

"Explain what?! I trusted you to stay at my house, and what do you do? I cannot believe you!" Tears were threatening to fall.

I ran into my bedroom and just broke down. I mean, yes I like him, but for him to be with Lisa at my house when he knew I wouldn't be home is just downright unacceptable. What a jerk! How could I ever believe I could date him? I'm going to beat him up if he's at my house tomorrow.

Omg, what a jerk!

What's going to happen between