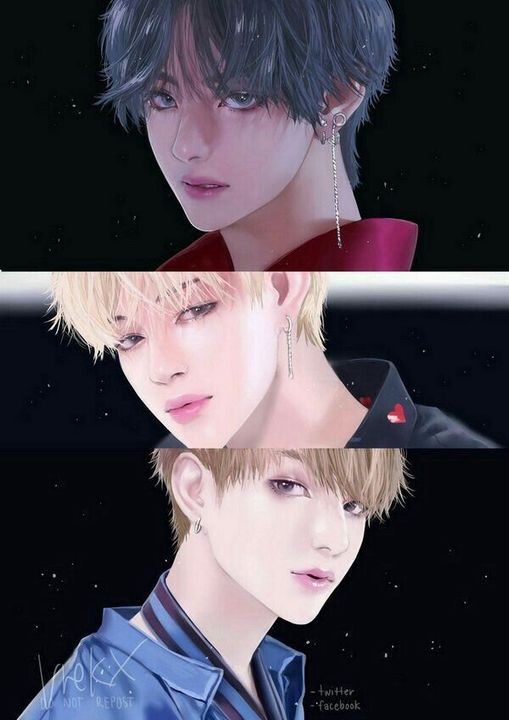 It would be taking much more days than they thought to reach the Army and Jimin would probably be no more if his friend didn't arrive. Getting sick in the middle of winter with no medicine is not a good omen.

The journey was very silent. Jimin's horse was very much dead now but Jung kook did lie to Jimin back then. Jimin could have saved the horse but it would have been a foolish act. Jung kook could not get Jimin's crying face out of his mind and that was starting to get at nerves. His training became more intense and Tae started to worry about him but he could not find the right words to say so two days went by like this. No news of Jimin and no trace of the troop that they started to get suspicious if it existed. Both were sitting watching the wood-burning when Taehyung had decided to talk.
Tae- are you okay? You know it's not your fault, right?

Tae- then why are you being so gloomy, cheer up okay? He is alive and warmer than us right now.

Jk- hmm I just have too much to process right now.

Tae- It's okay. I am here for you. I will always be there for you prince Jung kook.

Far away, somewhere only magic can bring you, Jimin finally opened his eyes. He looked around, sighing when he realised where he was.
Jn- finally woke up? What a chaotic scene you caused there hahaha

Jm- ah shut up Hyung. Why did you do it? It was your only chance to get away from here. You could have gone anywhere else. Now you

Jn- you know the answer already. And if it weren’t for you half dying I wouldn’t have come. You should be careful next time.

Jm- sorry Hyung how many days passed? how are they? Did they arrive?

Jimin said while getting up and wearing his shirt.

jn- about 5 days and they will be arriving soon now. Jimin I have something to tell you.

Jn- The Army were all killed

Tae and Jungkook looked at each other. The scene was horrible Blood was everywhere. Everyone was dead lying on the cold ground. No sign of someone being alive but a big flag to indicate who’s doing it was. Of course, it was the lee. Jungkook tightened his fist in anger.

Tae- what are we going to do now?

Jk- Tae for how long have they been dead?
Suddenly a familiar was heard.

Jm- Two days ago the Lee came here and did all that.

Both heads turned to see Jimin sitting on a rock. The look on his face was sad. He was starting at the dead people with such pity in his eyes.
Tae went to the dead people and confirmed what Jimin just said.

Jk- It seems you are doing better

Jungkook said while walking to a dead body and crouching down. He touched the dead man's face. Both Jimin and Taehyung looked at him with pity. How would it feel knowing all those men were dead because of him?. No precisely for Him.

Jm- I told you Prince Jungkook. It will cost a lot for you to fulfil your destiny, a lot of sacrifices and this is just the beginning.

Taehyung went and sat next to Jimin.

Tae- how do you think the Lee got to know?

Jm- there was a spy among the magicians at the mountain

Hearing this Jungkook threw a first to the nearby tree.

Jm- yo come on grow up Prince Jungkook.

Now both started glaring at each other. Jungkook suddenly started walking towards Jimin and grabbed his collar making him stand up.

Jk- if it wasn’t for the stupid sword they would have been alive right now.

Jm- oh don’t try Blaming others. You would have been dead with them by now.

Jk- oh really? And how do you know that? You always act like you know everything, couldn’t you stop this from happening?

Tae- yes continue to fight. Let’s just kill each other while we are at it no?

Taehyung said while trying to separate the boys until Jungkook just pushed Jimin and walked away.

Jm- I have a solution

Jk- yes o, of course, you and your stupid solutions.

Jm- there is someone who hates The Lee as much as we do. And she is Queen Lisa.

Jm- you are being very childish. You need to grow up now. This is far from being a game. You need to marry her.

Tae- hooahhh are you being serious?

Tae- and why would she accept it?

Jm- if we need to play dirty for this we will. We got no other choice Jungkook.

Jk- do you even hear yourself talking?

Jm- I told you there will be sacrificed. What did you expect? Falling in love with someone and marrying them to have a simple life? This is a life you should have let go months ago. A prince has a responsibility to carry. Once you accepted who you are and dare to ask someone to pledge loyalty to you, you should know the consequences.

Jungkook now looked at him with an unreadable sad expression. As if he had just been rejected.

Tae- wow that was quick.

Both hopped their horses and Jimin just went behind Tae.

Tae- so will you tell us more about the queen Lisa?

Jm- she is a beauty. She had to ascend at a very young age. Both her parents died that day. The day of Jungkook's first birthday. She was still a kid back then her uncle was ruling until recently. She has a strong character.

Tae- then it will be hard to make her fall for Jungkook?

[Baekhyun x OC] A deadly disease takes over the entire world. Amid the chaos, a young doctor joins forces with an experienced soldier…