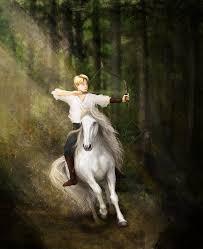 As promised the next morning they were brought out of the prison to Yoongi's working place.

Yoongi- can i get some privacy please with the patient? And this man needs to stay. The patient is heavy so i will need him.

The guards looked at each other then nodded.

Guard- be quick. You have only 30 mins else you will lose your only chance to go away safe and sound.

One said and went outside to wait for them. Taehyung was still panting heavily. That was one hell of a painful night he spent. He didn’t even know how he slept with this acute pain. Something tells him that Jimin did something but he was not in his right mind to remember anything.

Yoongi- that seems bad... what are you guys doing here? Did you really thought the king would have accepted?

Jimin was way too quiet. Something felt off. As if he had fallen right into some trap. He flipped his hair back with his hand, he couldn’t get off his mind that probably everything he worked for till now was for nothing. Yoongi smacked him behind his head to wake him up from is thoughts.

Yoongi- I am talking to you  Jimin!

Jm- ahh hyuuung after all those troubles for you... you can’t hit me!

Yoongi- what? Why me?

Jm- we need to find a way to get out of here first. Then they will tell you everything.

Yoongi- Why are you mentioning him right now? I don’t want to hear anything about him.

Jm- anyway we need to get going. How is taehyung?

Yoongi- he will survive but he is really weak. I don’t think he will be able to walk. How many guards do you have?

Jm- about 10 i think... they are all waiting outside... would you be able to get out of the castle without someone stopping you?

Yoongi- only at night to go to my house...

Jm- I wouldn’t be able to wait that long... and this guy right here is dying... okay so listen we will...

After some minutes Jimin stepped outside of the room with Taehyung on his back. Soon enought he was met with Serra's beautiful face.

Serra- why do you care so much for this guy? That’s not like you to do that much.

Jm- I am starting to feel like you think i am the most horrible man on earth Serra.

Jimin said while putting the half conscious Taehyung on his horse hoping he would be able to ride it for a while. Taehyung nodded weakly and took the reins in his hands.

Serra- because you are that Jimin. I know you.

Jm- there is so much of anger in your voice princess. That now i am wondering why you are letting me go.

Serra said while going away making a nod with one of the guard to open the gates. Jimin hopped onto his horse and they all made their way out. Close to the gate a man was standing there with a cap covering his face. As soon as Jimin was near him enough he extended his hand towards the man who grabbed it and jumped in the horse together with him. It seemed like no one noticed as it was all done in a fraction of second.

King Kim- my dear daughter...you know i can’t let them go alive do you?

The king Kim went towards his daughter and caressed his hair.

King Kim- soon you will be married to the prince Lee and will become the most powerful woman my dear daughter.

Something felt off for Jimin. It was way to easy. He thought the Kim would make some guards chase them to kill them after they left the kingdom but that wasn’t the case. Once they left Yoongi jumped to  Taehyung’s horse. Suddenly realisations had hits Jimin. How could he not have thought of it. Serra was probably getting married the prince Lee and that would mean the kings are closer than he thought and that would also mean he is going right into a trap. He quickly stopped his horse but he was a bit too late.

Arrows started appearing from no way. Quickly he changed direction. Some arrows had touched some of the guards who seemed very much dead . They were being pursued. Jimin and Taehyung was leading the way but their horse was much slower and Jimi  knew there was no other way around. He slowed a bit down just to talk to Yoongi and Taehyung.

Jm- Tae , Yoongi I am sorry it seems you guys will need to continue without me. I will create a distraction continue straight and don’t look back. I will join you back the sooner I ca-

Taehyung replied while breathing heavily-  No! You are    not going anywhere! We will be able to flee all together.

Jm- there’s no time for this Taehyung go bring Yoongi to Jung kook.

Jimin shouted and stopped him horse while watching the group get further away from him. He started creating a thick fog  to hide their traces and went another way. When the group arrived they stopped right in front of fog. Logically no one would have been able to pass this fog without crashing into the trees.

From a distance above Jimin made a sound with his horse that caught their attention and quickly started pursuing Jimin only. They were getting closer and closer and Jimin at that moment didn’t know what to do. It didn’t take long until an arrow caught his horse and he fell down together with the horse. He was encircled by the men.

-That was stupid of you. You are actually who the king wants. The chaotic magician who is causing trouble for everyone. You just gave yourself to the king.

Now it made sense to why they were going for Yoongi. The one they actually wanted to trap was Lisa’s right hand, now the famous dangerous sorcerer. Jimin scoffed and started to laughed. How could he have been so stupid. But now again there was no other choices.  His laughed was stopped when a hand slapped him. He fell to the ground groaning.

-    Laugh with the king. I can’t stand you. If i could i would have killed you right here but it seems like the king has something more painful for you.
The man attached Jimin and pulled him. Clearly Jimin will have to walk if he doesn’t want to be trailed. His hands are definitely going to get bruised. He sighed.