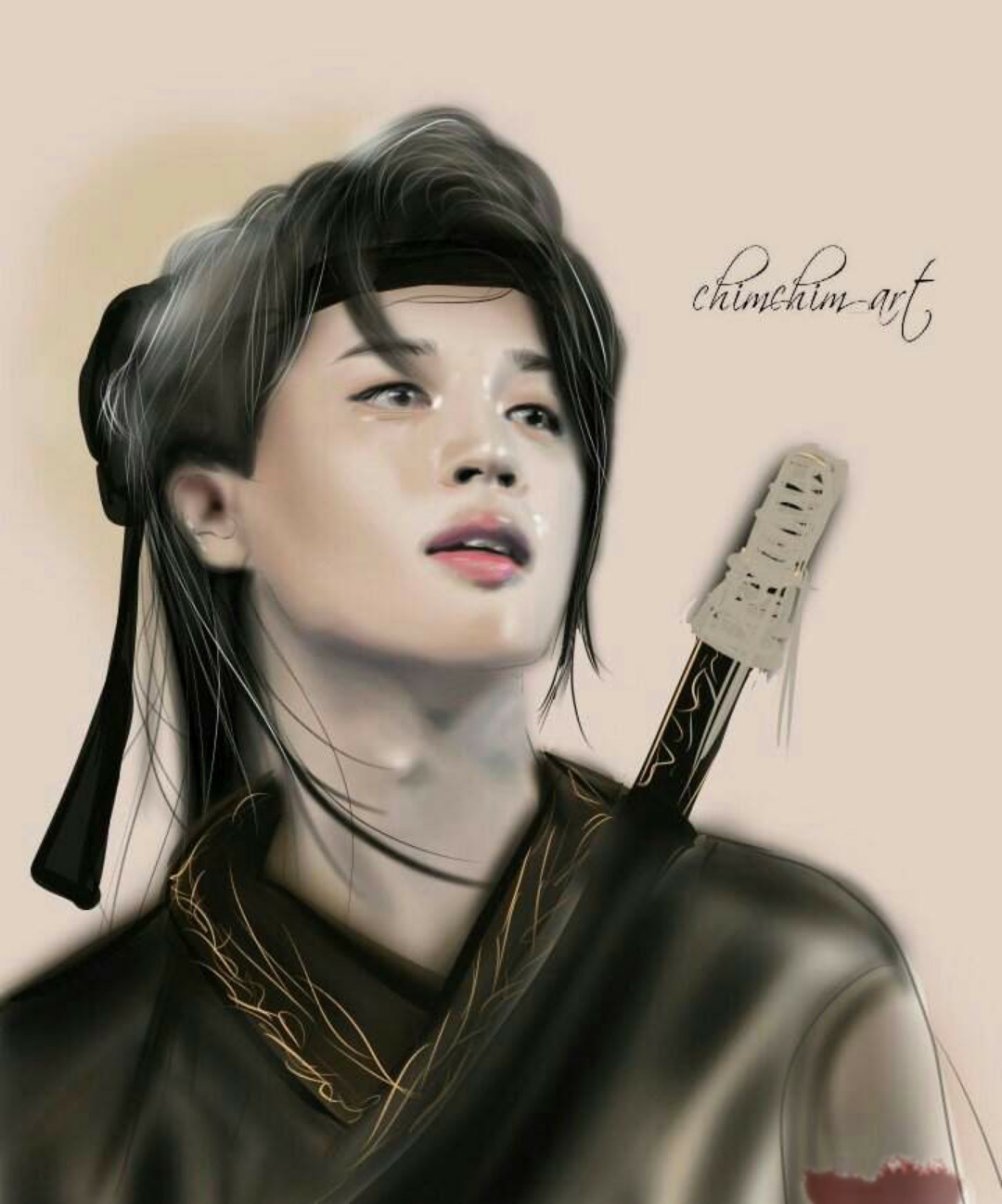 That was definitely a reckless move but if the Lees knew the it was the Jeon there’s no way they would let go of it. But they are probably in denial, too convinced that the child they killed about 10 years ago was the son of the Jeon. They probably thought that it was just an amateur, an clown who got the sword. After the pandemonium cause that day no one actually believed that it wasn’t the prince who died. But some kept hoping but they were killed without mercy just recently.

Jungkook’s real identity must stay a secret until the marriage but if Jungkook must gain the trust of the people for the marriage to happen. The unanimous prince who have the dragon sword would do it for now Jimin’s thought. Suddenly a glimpse of light shined in Jimin’s eyes awakening him from his thought. He looked up and noticed something strange. Quickly he stood up and took the girl who kept looking at him into the dance floor. Jungkook noticed him and quickly realised that Jimin wanted to come their way without creating a commotion. Both made their way gracefully toward each other and Jimin whispered to both the queen and Jungkook.

Jm- quickly take the queen to the safest place

That was when Jungkook became more attentive and started looking around.

Jimin shouted pushing both of them in another direction when suddenly and arrow passed by slightly Jimin's arm. It definitely made a cut as blood started appearing on Jimin’s ripped clothes. Jungkook wanted to go to Jimin but the later quickly made a head sign indicating them to run. Taking the queen in his arm Jungkook ran into another room.

Entering the closest room Jungkook had put the queen down on a chair. He looked very agitated and didn’t know what to do but the queen seemed very much at ease.

Lisa- hey Prince Jungkook calm down. I am sure Jimin will do a good job.

Lisa- he had it worse.  Sit down will you?

Jung kook complied to the queen and sat down next to her. He was trying hard to get Jimin out of his head. But it was failing miserably. All he wanted to do was to get near him and to know if he was okay. He sighed knowing he couldn’t do that. The queen must be his first priority now. He looked at the queen, who smiled weakly at him trying to comfort him.

Jk- it must be hard for you... today is your birthday

Lisa- I am used to it by now. It’s not easy to be the queen. There are a lot of people who want you dead.

He turned his whole body towards the queen who was just looking at him with a lot of emotions. Thinking of Jimin yet again he just did what he had to do. Closing his eyes he closed the gap between him and Lisa. Kissing her passionately which the queen reciprocated gently.

Jimin shouted now following the shadow of the apparent assassin. The man was agile but Jimin was very much decided not to let him get away. He closed all the opened door with magic when everyone got out and blocking the man inside. The man was quickly captured by Tae and pushed down with his hands tied up.

Jm- life will be so hard for you now... Tae go get the Queen and The Prince. We will start interrogating him when they come.

Jimin punched the assassin hard in the face and the man started coughing blood. He them held his bleeding arm when he saw some servants making their way to treat him. He sat down and just let them do it. Some minutes later he saw Jungkook coming a bit too fast that the others looking at him with such a worry that Jimin almost laughed. Behind the queen came with a big blush on her face making Jimin realise that Jungkook had probably done his Job right. He hissed when he felt the alcohol touching his opened skin and glared at the servant.

The servant quickly started apologising and Jimin just face palmed. Suddenly some black shoes he recognised way too well came into his visions. He lifted his head to see Jungkook still with the same worrying expression.

Jung kook said to the servant who quickly stood up and went away.

Jk- are you an idiot? Going right in front of the arrow.

Jungkook grabbed the piece of cloth and poured much more alcohol on it and Jimin was just staring straight into his eyes not quite getting what’s on Jungkook’s mind. Somehow it seemed that he was angry and worry at the same time. Jimin smiled but that smirk quickly went away when he felt an acute pain in his arm and started shouting. Tears started forming under his eyes and he then started laughing while panting and holding Jungkook hand with his other hand. Jungkook had pressed the cloth violently against Jimin’s arm.

Jk- so you do feel pain.

Jungkook said while relaxing his hand and retracting the cloth. Then he started to bandage his arm while still refusing to look at Jimin's face.

JJm-seems like you did a good Job. Lisa can’ keep her beautiful eyes off you.

With that Jungkook looked up with a disappointed face.

Jm- come on don’t look at me like that. There’s a very long way to go. Come on. Let’s go to that assassin. Then we will fight each other okay.

Jimin said while standing up and tapped Jungkook’s shoulder.

The queen was sitting on her throne and there were guards surrounding the assassin. Officiers were everywhere as well. As now the right hand of the queen Jimin walked towards him. Putting his hand on his shoulder he asked.

JJm -who send you here?

No answer. Jimin asked again now more warningly but there was still no answer. After sometimes vexed that he wasn’t getting what he wanted he kicked him and the man fell down panting. It was then that Jimin noticed something strange. He grabbed the man's collar and opened his mouth to see that there was no tongue. Frustrated he pushed the man violently.

Jm- they cut his tongue.

Lisa- well now we all know who is that evil to do that with their people.

Jm- but we don’t have any proof and this  could be a big act to start a war. This illiterate man won’t even be able to give written information how useless.

After a pause Jimin realised something and he got scared.

Jm- hey show me who you were trying to kill will you?

He said while carressing the man's hair and Jungkook noted that Jimin could be a real sadist. Jimin relaxed when the man pointed Lisa. That meant that Jungkook was still a secret and that everything seemed to be going in plan. Gifts like this Lisa got a lot but the Lee always kept it lowkey as if there was a war with the Lee and Lisa kingdom, the lee would lose a lot as Lisa did have contacts everywhere and was loved by many.

Jimin made a head movement to tell the guards to take him away.

Jimin bowed and went to his room.