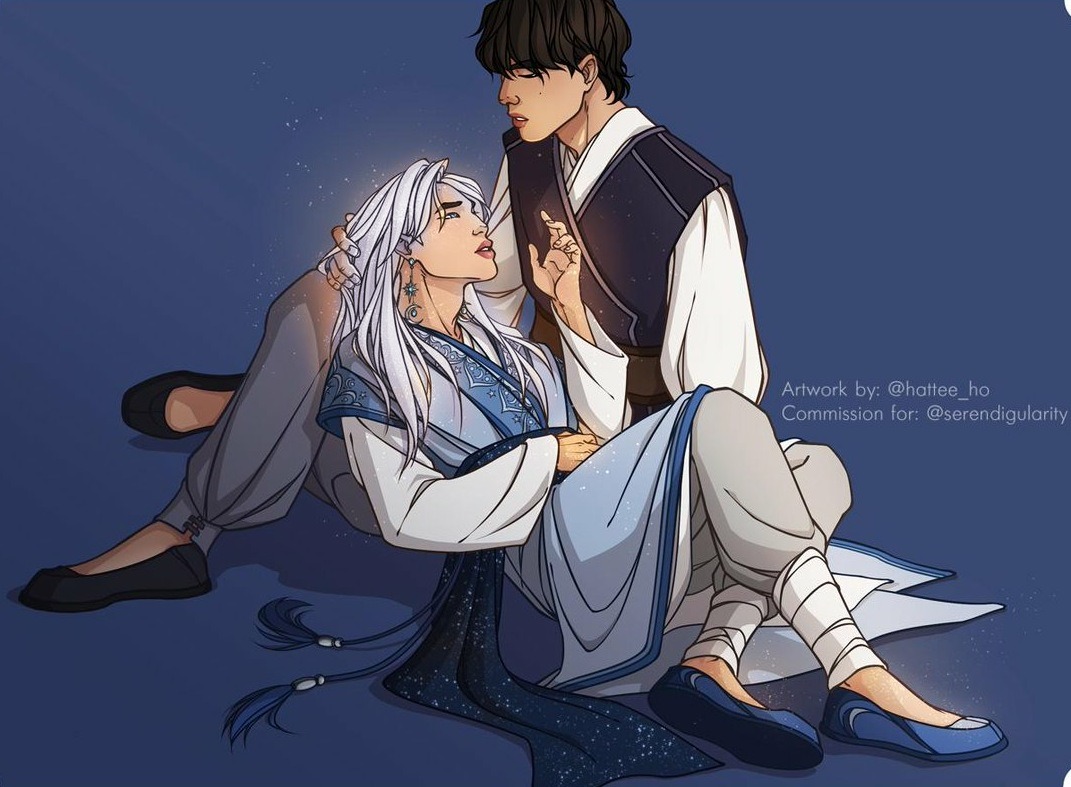 The demon in Jungkook was wide awake when he was killing the soldiers while he was approaching the throne room where the king would be. Violently he pushed the door open to see the old king Lee holding his sword proudly. Jungkook smirked and signalled his soldier not to advance.

Jk- so how was it? Ruling all those years for it to finish like this? Your son, prince Lee...

Someone came to Jungkook giving him a bloody head which Jungkook held up showing the king then threw it towards him. The king turned his head away not being able to see his dear son dead like this.

Jk- beheaded by me. King Jeon.

The king turned his face again then smirk at his turn making Jung kook ffurrowed his eyebrows.

Lee- It is just funny. How different do you think you are? Just look at the bloody mess the kingdom is right now. You will just be a bad ruler just as me. Take the sword, you can't even hold it with bare hands anymore, am I not right?

Jungkook looked at his own hands was holding the dragon sword, which he promised he would use it for good. King lee was right, Jungkook's hand would burn if he held it. He guessed it that his heart was no longer pure and that he no longer deserved it but it didn’t matter to Jungkook. All he wanted was to avenge. Avenge his death...

Now that Jungkook seemed to have lost concentration Lee took advantage of it and ran to attack and him but Jungkook was quick enough to dodge, and only hurt his arm. His eyes darkened, his hand tightening around the sword and he smirked again.

Jk- well that was a dirty play. I  would have at least give you a honourable death.

Lee- say the one who instead of actually declaring a war came like rats in the palace to conquer it.

Jk- I would have still won with a war. I guess he didn’t think we would ever get this big. I wanted to at least follow his plan.

Tired of talking Jung kook attacked him this time. It was in no time that Jungkook sword find it's way down lee's neck.

When Jungkook turned to see what was wrong, he saw Taehyung holding someone in his arms.

Confused, Jungkook signalled the guards to hold the King. And he went up to Tae.

When he saw the dirty silvery hair, he stopped. And looked at taehyung in the face.

Slowly he continued his way while removing his heavy armour and he saw the one who Taehyung was holding was really him. His Jimin.

With shaking hand he cupped Jimin face, who was weakly opening his eyes again. He whispered a small ‘Jungkook’ and smiled weakly. Jungkook pushed his face in his own chest while the other tried to hold him. Taehyung kneed down to put Jimin down as Jungkook too went down. He held Jimin closed as he started crying.

With a flash, the king's head was detached from his body. And soon more soldier came with a woman and a child.

Soldier- your highness this is the princess Serra and her son.

Jung kook was stopped when he felt Jimin gripping his clothes.

Jm- she helped me... Without her i would have been dead already.

Jk- Jimin... It is because of them all of them that you are this hurt... I can't forgive them. Never. Bring them to the dungeon.

Jungkook said while lifting Jimin up and going away.

Tae- Hoseok, go away. He might do even worse than killing you.

Taehyung said when he noticed someone standing near watching everything.

Tae- do you really think you deserve to know? Even after betraying the Jeon's and him?

Tae- he is fine. You don’t need to worry about him. Worry about yourself. He doesn’t care about you anymore.

Hoseok smiled painfully and disappeared in some fumes.

Like this story? Give it an Upvote!
Thank you!
← Previous Chapter
Author's Thoughts
The chapters will get longer as the story progress.
Thank you for reading ^_^
Read More →
Back to Top ↑
No comments yet
Back to Top ↑
Foreword
>> Collapse chapters <<
Promoted - Advertise