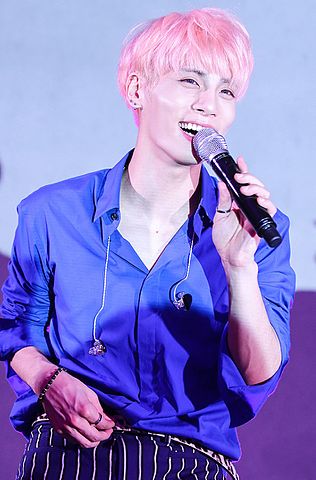 Kim Jong-hyun (April 8, 1990 – December 18, 2017), better known mononymously as Jonghyun, was a South Korean singer-songwriter, radio host, and author. He was a vocalist of the South Korean Boy band Shinee, and participated in S.M. Entertainment's project group S.M. The Ballad. Jonghyun debuted as a solo artist on January 12, 2015, with the EP Base. September 17 the same year, Jonghyun released a compilation album, Story Op.1. On May 24, 2016, Jonghyun released his first studio album, She Is, followed by his second compilation album, Story Op.2 on April 24, 2017.

You Will Always Be The Brightest Star ⭐You Did Well ⭐

My Goodbye Letter to Jonghyun

"The Difference Between You and Me" New Chapter!!

Know that you are not alone!

A Letter to the Late Kim Jonghyun

New chapter is out!!!

I used to not ship Jongyu...

A year without Jonghyun

Thoughts on the anniversary of Jonghyun's death

Has it really been a year?