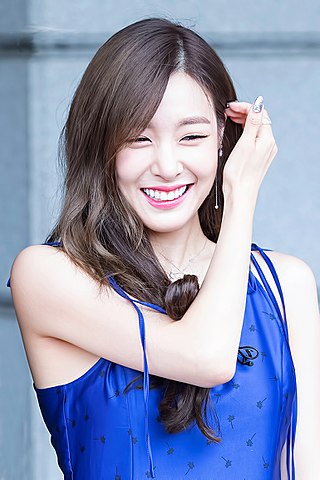 Stephanie Young Hwang (born August 1, 1989), known professionally as Tiffany or Tiffany Hwang, is an American singer. Born and raised in California, she was discovered by South Korean entertainment agency S.M. Entertainment at the age of fifteen and subsequently moved to South Korea. After four years of training, Tiffany debuted as a member of girl group Girls' Generation (and later its subgroup TTS) in August 2007, who went on to be one of the best-selling artists in South Korea and one of South Korea's most popular girl groups worldwide. In 2016, following her contribution to several side projects during the early part of her career, Tiffany became the second Girls' Generation member to release a solo debut album, I Just Wanna Dance.

Help me find this fanfic please!!!

trying to find a story

Has Tiffany Found Her Voice?

Tiffany shares a brief teaser video for her 'Over My Skin' MV, coming next week

Tiffany's dance rehearsal video for 'Over My Skin' released!

Sunny says this Girls' Generation member always gets the most jealous

'Remember Me' singer Miguel gives a shout out to Tiffany

Tiffany turned into a tattoo artist?

Tiffany names the most unforgettable moment with Girls' Generation

Tiffany talks about her student life in LA with 'Ceci'

Tiffany talks about her life in LA after leaving SM Entertainment + dreams to officially debut in the U.S

How are netizens reacting to Sooyoung, Seohyun, and Tiffany leaving SM Entertainment?

Sooyoung and Tiffany remove Girls' Generation from their Instagram bios

I was stupid...snsd don't even know