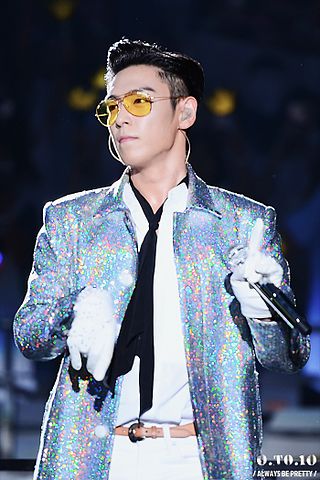 Choi Seung-hyun (Hangul: 최승현; born November 4, 1987), better known by his stage name T.O.P, is a South Korean rapper, singer, songwriter, record producer and actor. T.O.P rose to fame in the mid-2000s as one of two rappers in the hip hop boy band Big Bang under South Korean record label YG Entertainment. The group became one of the best-selling groups of all-time in Asia and one of the best-selling boy bands in the world. In 2010, while the group was on hiatus, T.O.P and G-Dragon collaborated to release the album, GD & TOP. As a solo rapper, he has released two digital singles, "Turn It Up" (2010) and "Doom Dada" (2013), which has peaked at number two and four, respectively, on the Gaon Digital Chart.

T.O.P ventured into acting at the advice of Yang Hyun-suk, beginning with the TV series I Am Sam (2007), Iris (2009), and the TV movie Nineteen (2009). He made his film debut with 71: Into the Fire (2010), for which he received praise, and won multiple accolades including Best New Actor at the 2010 Blue Dragon Film Awards and the 2011 Baeksang Arts Awards. Subsequently, he garnered lead roles in the films Commitment (2013), for which he was awarded New Asian Actor of the Year at the Busan International Film Festival, and Tazza: The Hidden Card (2014).

My graphics shop got my fanfic lit AF

My first fanfic in over 7 years

I CAN’T STAND THIS SEUNGRI ISSUE

Ridiculousness On Another Level

Final line up for my fanfic Sarabande

TABI IS AWAKE AND THE KING IS BACK GURLLLL~~!!!

Back To Writing, Inactivity, Highlight and Other Things