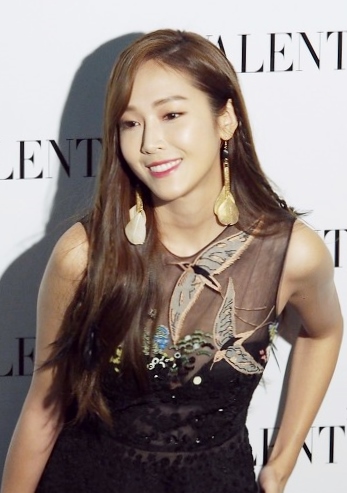 Jessica Jung (born April 18, 1989), known professionally as Jessica, is an American singer, songwriter, actress, model, fashion designer, and businesswoman currently based in South Korea. Jung was born and raised in San Francisco, California. At the age of eleven, she was discovered by South Korean entertainment agency S.M. Entertainment and subsequently moved to South Korea. In 2007, Jung debuted as a member of the South Korean girl group Girls' Generation. The group later became one of the best-selling artists in South Korea, and one of South Korea's most popular girl groups nationwide and worldwide.

As an actress, Jung portrayed Elle Woods in the Korean-language version of Legally Blonde in 2010, and played a role in the drama Wild Romance in 2012. In early 2014, she established a fashion brand, Blanc & Eclare. Later that year, she was dismissed from the group Girls' Generation due to conflicts between the group's schedule and her own business activities. Following the dismissal, Jessica ended her contract with S.M. Entertainment and signed with Coridel Entertainment in 2016, prior to the release of her debut solo album, With Love, J.

Shine by Jessica Jung: Out Now!

NO ROOM FOR COMPARISON

Jessica Jung is the Biggest Jerkface of All Time! >:(

The Legacy of Girls' Generation

I was stupid...snsd don't even know

Jessica says she cried a lot in her 20s

Jessica says she doesn't have any regrets

Jessica says 'My Decade' is a gift to dear fans

Jessica returns with a 'Summer Storm' in new MV!

Girls' Generation & Jessica to hold a fansign on the same day, at the same time, in the same building?