I cannot comprehend it's already been a year .. It's been a year since a beautiful angel left the earth to return to his home, heaven.

It's been a rough year .. And I still find myself lingering in the past. A part of me is still, even after a year, in denial of what happened December 18th, 2017. I still remember this day, one year ago, when I found out. I was going home from the dentist, and on the bus ride home, I scrolled through Instagram. Which is something I don't usually do, I always make time pass by playing Candy Crush or something else on the bus. I never use my Instagram. At the time, when I saw the many, many photos of Jonghuyn on my feed, I was so confused. And then, clicking on one, it explained that he was dead. And I thought it was some sick joke a person was playing on us, and decided to ignore it and put my phone back in my pockey. Getting out of the bus, I couldn't help but reach for my phone again because I felt something was off. When I got to know about the situation, Jonghyun was hospitalized and fighting for his life.

Then came the news that fans outside the hospital began to spread, which eventually broke people even more. Claiming that the doctors had said he could survive. It was an hour after I was home, that SM came out with an official statement, confirming his death. The news were so horrible that I was never able to stop crying that day. Thankfully, being alone home, allowed me to mourn his death in peace. As much as I could at least.

Right now, I'm allowing myself to feel pain, to cry. Mourn. Over the loss of such a beautiful specimen. Such a wonderful spirit. Such a kind soul. Such a warm hearted man.

Throughout the year, I've been able to get over that depressing stage I was in, and accepted what happened with him. But, I was at such a low place, that even reading, thinking or saying his name hurt my heart more than anything.

Now, I am able to look at him, and smile. I smile, because I choose to remember him as a happy memory. Not a painful and sad one. I want to be able to cherish the precious memories and moments we have with him. Of course, there are times when I look back at the past, and cry. If that happens, I accept the fact that I am indeed still sad over the loss. Having to remember him as a happy memory is actually even harder, but I'm slowly getting there. I'm being strong for him. He deserves all the happiness in the world.

SHINee will always be 5, no matter what. That spot will always belong to Jonghyun. Our beloved Jonghyun whom is finally free from his suffering in this horrible world. We never deserved such an innocent and pure soul.

Even though Onew is serving his time in the military, and the members are occupied with their own activities, I know their minds and heart are still gathered. And that our Jjong is there with them through it all, smiling towards them. And to all of his beloved fans.

You will honestly never be forgotten, our Bling Bling.

You did so amazingly well. 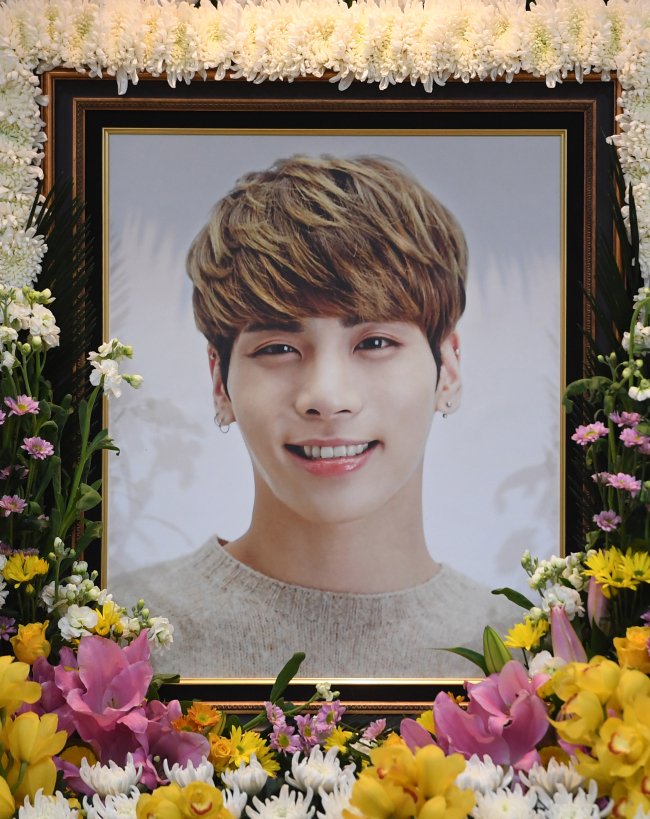