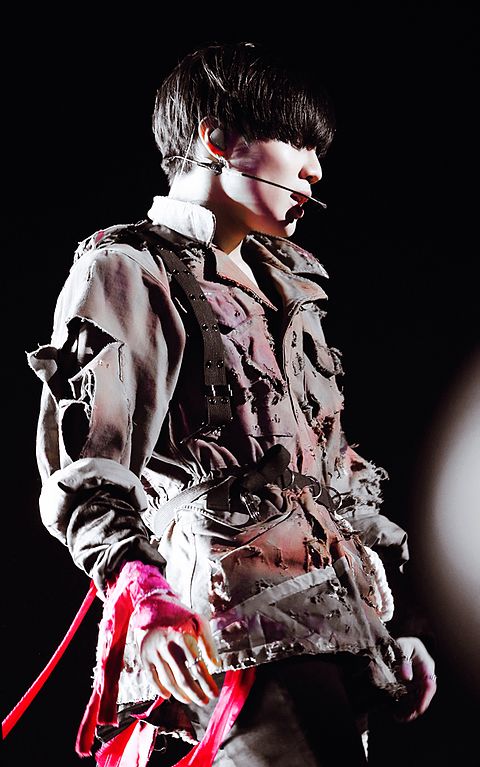 Lee Tae-min (born July 18, 1993), better known by the mononym Taemin, is a South Korean singer and actor. He debuted as a vocalist of the group Shinee in May 2008 under S.M. Entertainment. He began his acting career in 2009 with MBC's comedy Tae Hee, Hye Kyo, Ji Hyun as Junsu.

Taemin began his solo career in 2014 with his first extended play, Ace. It peaked at number one on South Korea's Gaon Album Chart and its title track reached number 5 on the Gaon Weekly Digital Chart. His first studio album, Press it (2016), charted at number one on the Gaon Album Chart. The title track, "Press Your Number", was originally written by Bruno Mars but Taemin wrote new lyrics for the song in order to appeal to the Korean market. In July, 2016, Taemin released his second extended play, Solitary Goodbye, and made his solo debut in Japan.

I met SuperM at the fansign!

I have an idea?

SHINee's Taemin gets noticed again for his eyelid trick

SHINee is fierce and charismatic in 'The Story of Light EP. 3' teaser images

Taemin wanted to debut as a member of EXO instead of SHINee?

SHINee perform their new song 'I Want You' for the first time on 'Weekly Idol'!

SHINee release more photos and audio spoilers for 'The Story of Light EP. 2'

SHINee drop audio spoilers of 'Chemistry' for 'The Story of Light EP. 2'

SHINee is full of color in more 'The Story of Light EP. 2' teaser images

Taemin also surprises fans by entering his own Kakao chat room, but gets kicked out for breaking chat rules

SHINee's Taemin is featured on NBC's 'The Today Show'

Remember When I Used to Post About my Dreams?!

SHINee's Taemin was the model for a popular Japanese manga character?

Key uploads a photo of all five SHINee members on Instagram