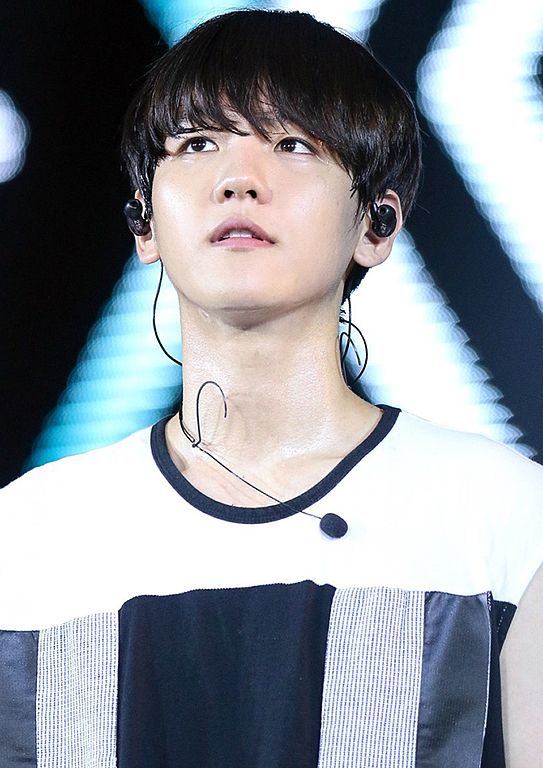 Byun Baek-hyun (born May 6, 1992), better known mononymously as Baekhyun, is a South Korean singer and actor. He is a member of the South Korean-Chinese boy group EXO, its sub-group EXO-K and sub-unit EXO-CBX.

Enemies from the past

Kim Jihae should have listened to her guts when it didn't want to involve with World Corp - because then, she wouldn't be meeting with Oh ing Sehun.

I'll be sharing the scenarios/drabbles here. You can request any scenario. Pairings will be Exo x OC.

What should have been a funny evening with her friends ends in disaster when Minji accidentally summons a demon, binding her life to his. Nothing will ever be the same for her as she struggles to come to terms with her mistake. Baëkhyun doesn’t make life easy for her and falling for him certainly was the last thing she expected to happen.

Kidnapped by one of Seoul's most notorious mafia families, Eunmi is forced to nurse the injured mafia prince Lee Taemin back to health.    Afraid of the dangerous environment she finds herself in, she can't help but starting to warm up to the cold and indifferent man.

A collection of OC x EXO members fic on AFF that have been amazing. All OT9 members included.

Luhan didn't know how it happened. It didn't matter anyway.

"We are here on the site of the crash, the local police had earlier on reported today that an accident had happened in the early hours of this morning. The driver who's a woman was found dead at the scene, body disfigured and unrecognizable. And joining me right now was the only witnessed who had seen the fatal crash itself happened before him, can you tell us what exactly happened sir?" The reporter handed her mic to the attractive looking man as the c

Not your average fan

Baekhyun finds himself an otherworldly fan.

Yixing is finally able to work and promote a comeback with his EXO members again after years of working on his solo career in China.  But he can't face Baekhyun, his close friend without letting his feelings show. Because it was getting harder to pretend everything is normal, that he isn't in love with his best friend.

Crown Prince Byun Baek-Hyun and Kim Tae-Yeon were never meant to meet. But one unfortunate accident brought them together when Kim Tae-Yeon became the Crown Prince's savior overnight.

Luhan and Minseok ends up in a one night stand, causing Minseok to get pregnant and forced by their parents on getting married.  While not knowing eachother well, the two needs to raise a child but if the parents aren't getting a long, would the child be happy?        *******     "Luhan." Nothing.

THE DIVERSITY BETWEEN US

The War in our Hearts

Two war-torn kingdoms are united by the wedding of their prince and princess. The peace they strived for is fragile and built on a marriage that is doomed from the very start. How long will peace last when there are people who would do anything to shatter it?