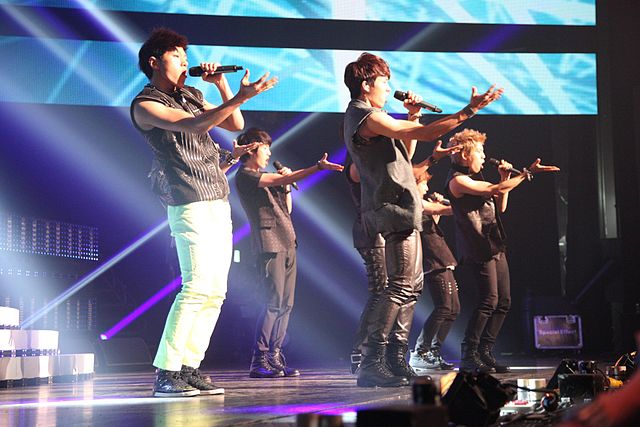 Infinite (Korean: 인피니트; stylized as INFINITE) is a South Korean boy group formed in 2010 by Woollim Entertainment. The group is composed of six members: Sungkyu, Dongwoo, Woohyun, Sungyeol, L, and Sungjong. Originally a seven-piece group (with Hoya, who later departed from the group in August 2017), Infinite debuted in 2010 with their mini album First Invasion. Their first full album, Over The Top, was released in July 2011. Their mini-album New Challenge, released in March 2013, sold over 160,000 copies in South Korea alone and was one of the best-selling albums of 2013. Their second full album, Season 2, was released in May 2014.

Searching for a fic

Woollim family (The family that I love!)

I have a cute fanfic for Inspirit

Nine Years With You

How do i get into kpop?

Photo People Talks about past

Nam Woo Hyun - If Only You're Fine (Acoustic Cover + Chords)

I'm back from the dead

Should I continued my fanfics?

The one and only Gyu

INFINITE in their late 20s

Writing partner? Getting Back into writing

Throwback: Some of my favorite group special stages & collabs!

So my friends and I decided to start a Youtube Channel...

Infinite tell me.. Am I the only one in love with this...