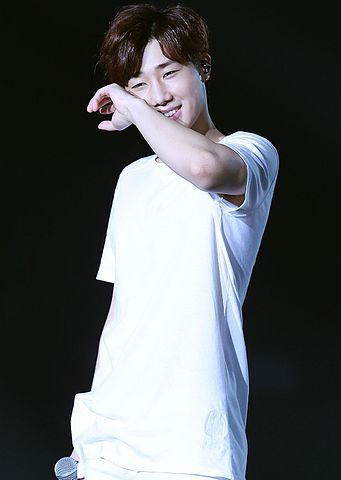 Kim Sung-kyu (born April 28, 1989), referred to as Sunggyu or Sungkyu, is a South Korean singer and actor. He is the leader and main vocalist of South Korean boy band Infinite.

Searching for a fic

I have a cute fanfic for Inspirit

Stories Written For Me & The Gyu

The one and only Gyu

Tips and guidlines for a good fan fiction.

On your birthday, with love

Looking for a Beta Reader

Is there no Jackson x Sunggyu fic out there?xD kyaaa

Church oppa Kim Sunggyu raising us all up

Another day, another Sunggyu ovaries' slay

Sunggyu and his dongsaengs slay this summer (and all other seasons!)

Hey, Hello, it's Sunggyu and the dongsaengs!

When Kim Sunggyu decides to cosplay the alpha CEO of all your fanfics...

Everything wrong with Sunggyu's All Shook Up costume

Friends' list cleaning - pretty much done (with ABSOLUTELY NO HELP FROM SUNGGYU) (Well, maybe some...) & Gift for all my remaining friends

The burden of having Kim Sunggyu as a bias when you're...ahem, older

When noona's baby Sunggyu is hurt...