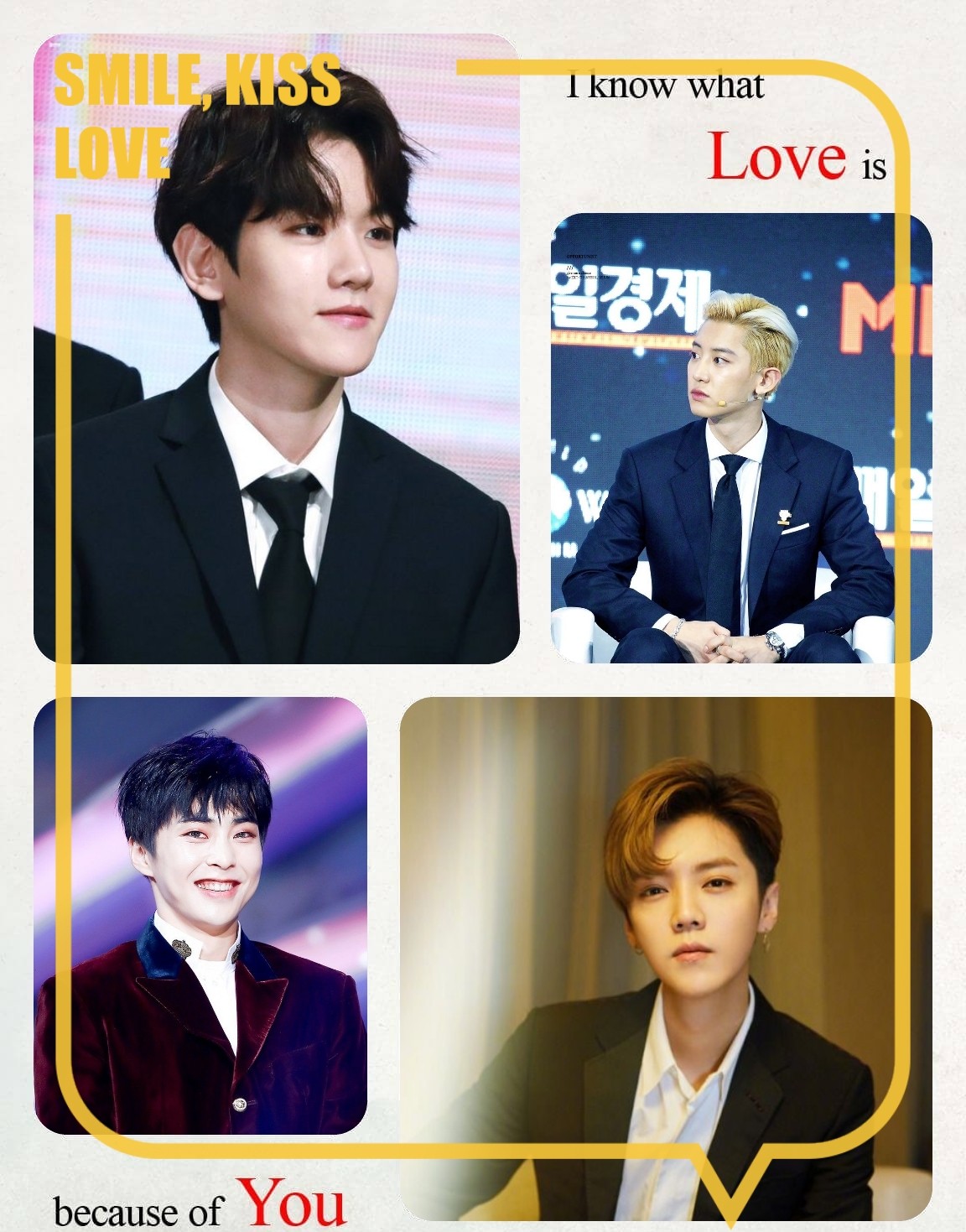 They are rivals. Their companies are rivals for a long time now.

But only a few know about the beautiful past they had.

Both had fallen for each other in a different country without being aware of their background.

But it’s been five years since they parted.

Being the CEOs of the leading companies it’s hard for them to not see again and after four years they meet again.

Luhan is Chanyeol’s cousin and the CTO of their company.

He came back four years ago after finishing his studies abroad.

On his first day in the company itself, he fell for the little cutie who happened to be his cousin’s secretary.

Though at first Minseok avoided him, slowly they both fell in love.

And after three years when Luhan’s mother threatened Minseok to leave his son, Luhan didn’t waste any minute before proposing and they are happily married for over a year now.

Let’s see what happens in their life from now on…

Hi, I am back with my second story.

Hope you all will join me in this new journey too.

Please note that my English is not that good but I will try my best to deliver a good story.

and as the tag says the story is mpreg.

Next Chapter →
Author's Thoughts
thank you all for subscribing and I appreciate your comments so much!
Read More →
Back to Top ↑
No comments yet
Back to Top ↑
Foreword
Promoted - Advertise