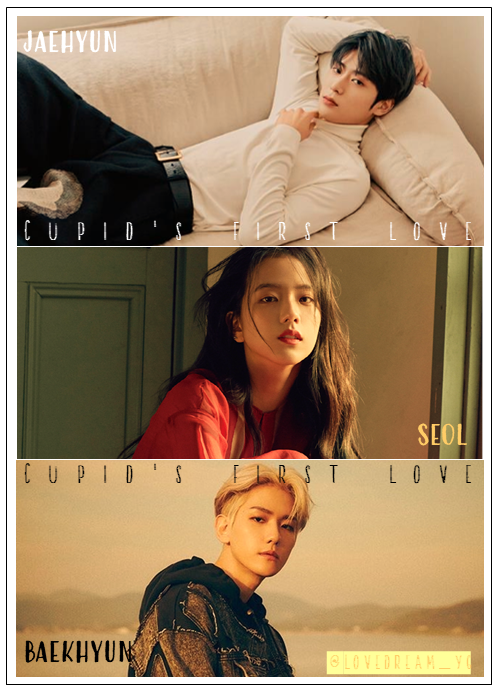 Ready? Aim, hold the bow tight, pull the string along with the arrow and shoot. Yes, you will be in LOVE after this because I am a cupid!

Am I the god of love? Do I look like a boy infant, while shooting the arrow of love? Am I the son of the goddess Venus?

No No No! Shake away all those thoughts! We are in the 21st century, I am working under the Matchmaker Deity. I am the girl shooting the arrow of love to the Young Adults. As much as I love my job, I accidentally shot an arrow of love to a conceited, obnoxious yet erted badass and things started to change.

What will happen between us?

Seol (you, the Cupid)

Came back for the second story of Jaehyun,

You have been working as a cupid for 10 years now. You didn't age nor you were a god. You are just a cupid, an ordinary immortal. You are aging from the inside but maintaining your physical features of about 18 years old face and body. You didn't have any power besides a spell to make people to forget you. Your job was to shoot the arrow of love to a human's heart and the next person they see will be their first love. You are working under the Matchmaker Deity and every month, you will send a report to the deity to show how many arrows of Love you managed to shoot. The more you shoot, the higher your rank will be as a Cupid and the probability to aquire a new power. You had never once missed an arrow. You were always proud because up until now, you managed to follow the list given by the deity. Your bow and arrow is invisible to human eye so whenever you shoot, they will never see what you are doing. You didn't have wings like how they portrayed in Greek history so don't assume you can fly. You also live just like a normal human being, paying rent on time, earning money to feed yourself, getting sick, feeling sad and etc.

You are now living under the same roof with another Cupid who was also placed to work in Seoul, Byun Baekhyun. However, he is the Cupid for adult while you are working for the young adults. You had just transferred to a new school recently as staying in a school for too long, humans will start to notice your existence.

Although your priority was to celebrate, embrace and appreciate others' love, however sometimes you wondered why a Cupid had never experienced love. Well, you were just curious, that's all.

You were walking to school while looking through the list when you sensed that your next target is here. The boy who will fall in love with a girl just because she flips her hair. Sometimes, just sometimes not all the time, you have the ability to foresee things too. This is definitely going to be a youthful love, you thought. You halted infront of a convenience store, hid behind a car that was parked outside while waiting for the boy to pass by this place. You turned your head around when you heard footsteps coming near from the back.

A group of girls entered the convenience store, about 5 of them. Okay, you found the girl. She was beautiful to be exact, she had a pair of long legs, slim and a y frame. Okay you undertsood why the boy would fall for her. Now where is the boy? You straightened yourself now, turning your head right and then to the left.

Just then something caught your attention. There were three boys walking down the street and a particular boy caught your attention. They were not wearing school uniform, instead they were wearing casual wear. The boy at the middle, he had got a sculptured-like face. He had a pair of hazel brown eyes, swimming with emotion, a perfect bridge of nose and red lips, plump and pouty type that a girl would swoon over if he kissed her. His jawline was sharp too. His hair was a little wet, pushed back and parted slightly on the side that some of his bangs fell beautifully on his temple. He had two ed buttons on his button down long sleeve shirt, revealing how buff his physique is. He just looks y, his visual was definitely striking. Not to mention, his skin was fair too. You gulped at that sight. Is he even human? He looked just like an angel. 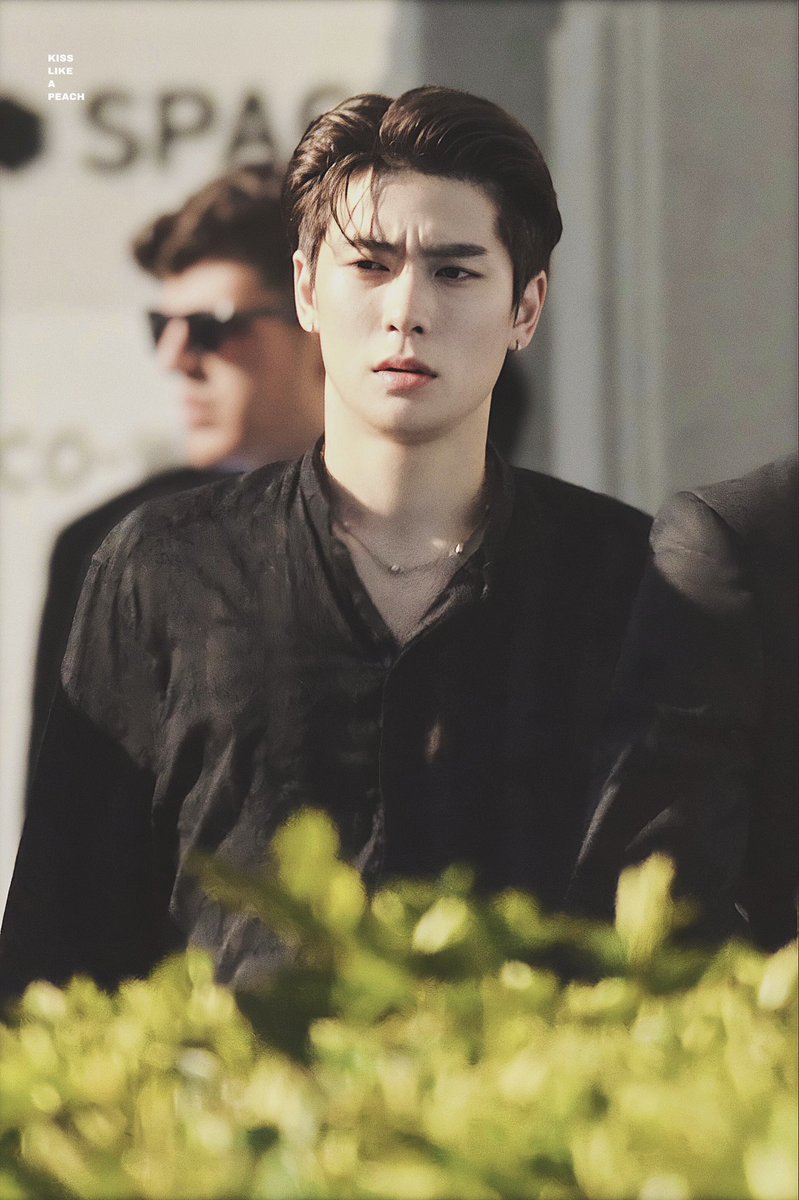 Yes, this was how he looked. You were too mesmerized by his visual but you snapped back to reality when his friend who was taller than him a little walked passed him. Oh this is the boy! You get ready to shoot, holding the bow. Placing the arrow of love across the middle of the bow, pulling the bowstring along with the arrow tightly. You released the arrow that it flied forward with high velocity but shot directly in the handsome boy's heart.

Oh holyy... That was not your aim! You looked at him in surprise. The next person he sees will be his first love. You watched him closely. His eyes were widened while looking down, he felt weird? Did something just poke his heart? When he lifted his head, his eyes met you from afar that your eyes were widened. You turned around instantly, ready to leave. No, don't panic Seol... He wouldn't fall for you, right? It wouldn't work on a Cupid right? You are a cupid! Yes, just leave.

Just then, someone grabbed your hand from the back...

Next Chapter →
Author's Thoughts
Upvote! and Vote!
im back yall (,^-^,)
Read More →
Back to Top ↑
No comments yet
Back to Top ↑
Foreword
>> Collapse chapters <<
Promoted - Advertise