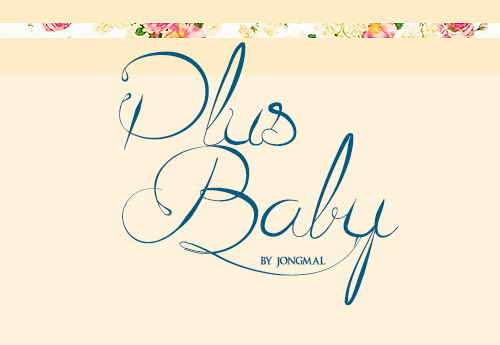 He cups the younger’s face in his hands and turns his head to him, “I’m scared, Jongin,” He whispers hoarsely, “I’m so ing scared because I’m a up– can’t seem to do anything right and I’ve pushed too many people away already,” He shakes his head when Jongin opens his mouth, “No one understands me like you do, alright? Everything was going well before the–” , he still can’t say it now without the feeling of instant frustration and the need to just sit on the floor with his head in his hands and just ing cry his eyes out until he feels better.

Chanyeol can feel himself going into a full blown panic attack– he isn’t ready to be a father. He works in a gas station to get by for god’s sake! He doesn’t want their baby to grow up in this pigsty he and Jongin call a home– it’s ridiculous and it’s too small, their neighborhood isn’t exactly one he wishes to start a family in.

Babies are ing expensive and Chanyeol isn't some lawyer - he would have been, had he listened to his parents wishes but that's not the issue. He doesn't have enough money to spend on diapers and all expensive things that come with babies.

He's about to throw up.

“. , . .” A string of curses flows out of his mouth as fear grips him in its palm. Chanyeol’s feet take him across the kitchen and he finds himself back in the bathroom– the shower is running and he sees Jongin’s figure pause behind the curtains for seconds; Chanyeol may or may not have slammed the door a little too hard.

“Jongin,” There’s too much bite in his voice and he can’t stop himself– he smiles and laughs an awful lot– much to most of his friends’ annoyance– but the down side of it all is that– he is easily exasperated.

“What…?” Jongin sounds hesitant– the shower stops running– almost as if he knows why Chanyeol sounds the way he does.

“Are you pregnant?” He hisses; there’s no use going around in circles with this. He feels like his veins are going to pop from anger because Jongin is silent now and his form behind the curtains remains still.

The thought of Jongin being pregnant is making his head spin.

“Jongin!” He roars and the whimper that comes causes his heart to clench– he wants to rip the curtains apart and hold his boyfriend in his arms but he needs an answer. “I need an answer, Jongin– are you ing pregnant?”

His only response is Jongin’s figure slowly sinking in the bathtub, a choked-out sob and tear-filled apologies escaping his boyfriend’s mouth.

Chanyeol’s heart sinks; his blood runs cold and he’s trembling like an idiot out in the cold winter. He drops the white stick and rubs his hand over his face, through his hair – he turns around and leaves the bathroom without another word.

He knows he needs to calm down and that’s he’s overreacting– he’s doing nothing but frightening his boyfriend. Jongin hates it when he yells. He leans against the wall beside the bathroom door– the younger’s cries are deafening– Chanyeol’s heart is bumping and his palms are sweaty, “.”

If mpreg isn't something you wish to read; get the out. I wanted to write something different. And in before the silly questions of how is he going to give birth– this isn’t rocket science; we all know (at least I hope you're all aware) it’s not possible for a guy to get pregnant, but for the sake of my fic– birth via C-section and it's normal for guys to get knocked up because I say it is lmao so don't get butthurt or confused. Don't have time to come up with a sci-fi explanation. Also wrote this because nobody was willing to write me a Chankai!Mpreg so I took matters into my own hands and failed, but not too badly I hope.

Advertised this story because it’s the end of the year and I felt like doing something nice for me on this site lmao. I’m aware of the typos/grammar failures on this story and I’m working on editing this quickly as I can. Again, if mpreg isn’t your thing– click out of here silently and thanks for the free view. For those who stick around to read to the end or middle part or the first few paragraphs– thank you!

Gosh! I'm never on this site much anymore so it's always a shock to see see a flood of comments congratulating me for being featured out of the blue lmao thanks to whoever stumbles upon this and reads! Stay safe, wash those hands and keep your distance. ✿♥

Still a Crush on you

Four years have passed since they met each other. Jungkook is studying in America, Taehyung in Korea. Due to a college descision Jungkook finds himself in Korea again. In the same college and the same dorm. Will they be able to bond again?