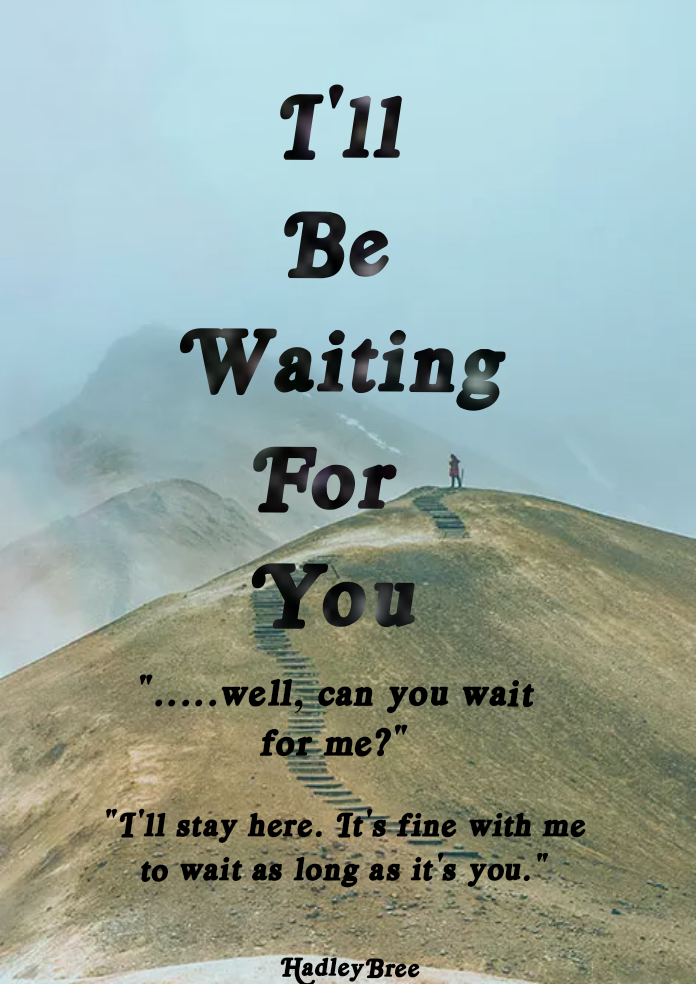 A stubborn brat Jung Yerin has been catching feelings for a fictional character in the book that she's reading. Upon reading, little did she know that she's being hooked by the book and gradually absorbed her whole system where she was dragged into two bizarre worlds and she met her favorite fictional character but there's something wrong with this character that she wants to find out.

Yerin's knees were trembling as she and Eunbi running away from the men who tried to attack them.

Holding hands while running but the fear inside her didn't fade away. However, Eunbi is really determined to fight them back if it weren't for Yerin.

They were catching their breath for almost two hours of running and yet they still can't spot a place where they could hide.

Yerin panicked when she turned to the men who are running in their direction. She almost screams when the number of those men who are running after them doubled. And to ease the anxiety she's feeling right now, Eunbi holds her hand tightly as if they will never be apart. Trying to calm her girl with her tight embrace.

Luckily, Eunbi saw a cabin nearby and quickly took Yerin inside of it. Still holding Yerin's hands tightly, Eunbi looked directly into her eyes.

They are both agitated and want to end this ruckus but Eunbi doesn't want her Yerin to fight those men. She promised that she'll protect Yerin no matter what that's why she'll do it right now. She can't just let the two of them running unceasingly when she knew that she can actually fight them alone.

"Yerin, you stay here, I'll fight them back."

"B-but......," she couldn't control her tears flowing in her cheeks when Eunbi said those words.

"Hey, listen. There's no time left. If I don't fight with them, there's a possibility that they'll catch us and I don't want that to happen--"

"No! What if something bad happens to you? If you want to fight them, let me fight them as well!

"Just trust me on this one. Everything will be okay. Trust me." Eunbi hugged her tightly and Yerin just heaved a sigh.

Before going outside, Eunbi kissed Yerin's forehead. By the time that Eunbi left, Yerin can't stop worrying about her Eunbi. Many possible things will lead to either good or bad circumstances.

She heard the chinks of the swords and she knew that Eunbi is already fighting those men. She can't do anything but cry everytime she heard those sounds and is afraid that they'll hurt Eunbi.

After almost one hour of waiting, there was silence. She's pretty nervous to find out if Eunbi survived but the moment she went outside, a blue light invades the direction that makes her slumped on the ground. She had a headache and was about to touch her temple when she noticed that the blue light already vanished.

Her jaw almost dropped when everything around her went back to the way it is. She's not at the Kingdom Shua anymore. She's being slumped on the seashore and the sea waves are approaching her. The sunlight touches her skin and it makes her skin reddened.

"Did I finally returned to the real world?" Yerin mumbled to herself as she looked around.

She looked up when she heard a voice and she saw Eunbi walking in her direction while smiling at her. Her aura was really different from the cold Eunbi she knew.

Eunbi's forehead puckered when she heard that name.

"Eunbi? Who's that? My name is Chloe. Come on, Ai. We should get going," she holds Yerin's wrist and helped her to stand up but Yerin stopped for a while.

"My name is Yerin and not Ai."

Yerin thought that living in Kingdom Shua is better than going back to the real world because of Hwang Eunbi. But even destiny is against them and they were separated leading her to end up in another world again where she had another life as Ai and met Eunbi as Chloe.

Will they end up in each other's arms? Will destiny allow them to have each other's love? Will Yerin be able to go back to the real world?

This story is based on the author's vast imagination. English is not my first language so bear with me for any wrong grammar, typographical errors, and misspelled words. Thank you. Happy reading!

She loves her as a kind-hearted girl. But things changed that lead her to explore something on ice.

She loves her as a cold-hearted girl. But things changed that lead her to know how good her heart is.

Next Chapter →
Author's Thoughts
Here's the chapter 2. Happy Reading!
Read More →
Back to Top ↑
No comments yet
Back to Top ↑
Foreword
Promoted - Advertise