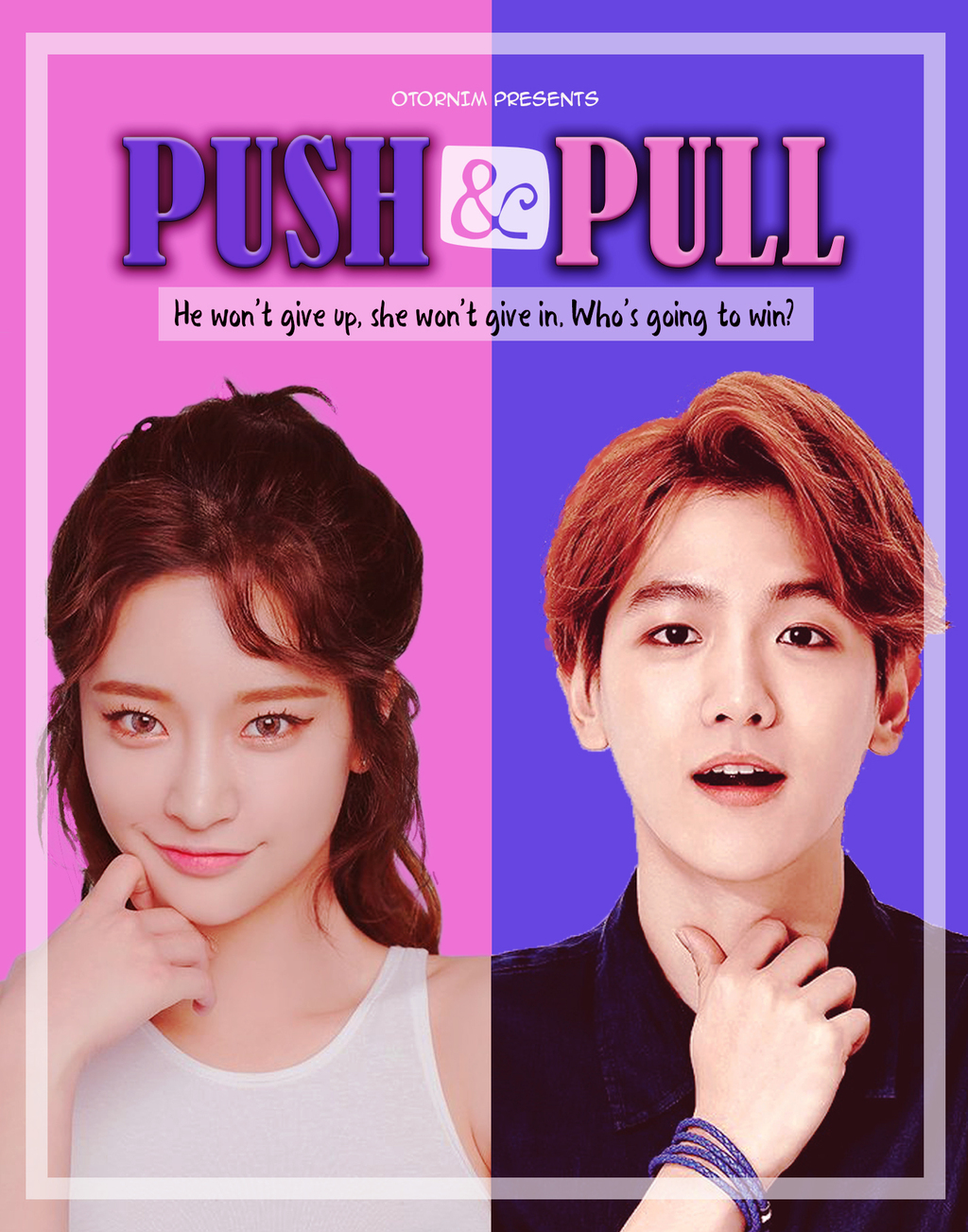 Kim Jiwon, an independent careerwoman, finds herself in a push and pull affair with the womanizing photographer, Byun Baekhyun, who wants to make a point.

Byun Baekhyun always gets the lady. Always. All his life—well, since he hit puberty, that is—there was never a single woman who had turned him down. Being a professional photographer, he earned the privilege to meet up with some of the most gorgeous models and celebrities out there, which further evolved him into the clever player he is now.

It has always been his strength to toy with a woman’s feelings effortlessly and treat love like a joke; it’s just a game that he constantly wins and abandons whenever the hell he wants.

However, things took a big- turn when he met Kim Jiwon - a reserved, straight-faced, career woman who passionately rejected him from the moment he laid his eyes on her—before he could even execute any of his famous ladykilling strategies.

All of a sudden, his game that was once defaulted into easy mode wasn’t so easy.

And it’s definitely not a one-player game anymore.

So I recently did a poll, giving you all choices of all my four Byun Baekhyun x OC plots in my waitlist and Push and Pull (A Remake) won the poll!

So it's here! The long-awaited remake of PUSH & PULL is here! I'd like to thank everyone for patiently waiting for this one (not a long wait since I decided, really lol) and I'm so excited to start writing for our favorite ship again, let's welcome them back, BaekWon!

I hope a lot of my old readers from previous accounts would find this because for all these years since I took it down, there's been a lot of people wanting me to put it back or rewrite it and now it's here so I'm sure a lot will be excited! Just a reminder that this will be a remake so most of what I will be writing from here on is not to be expected 100% accurate from the original one, only the main plot will remain intact, just like what I have done to P.S. I Stalk You.