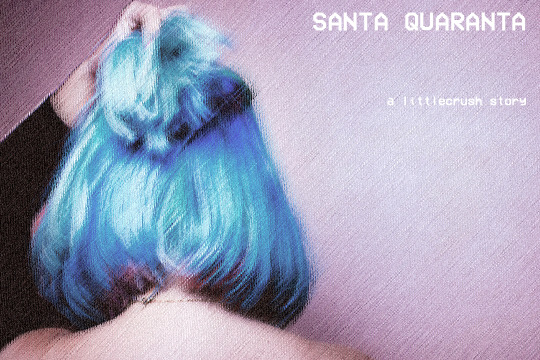 For three consecutive Fridays, Jongin goes back to the Mile High Club, in hopes that he’ll see the elusive Shen Tian again, but it’s all in vain. She doesn’t perform there and the atmosphere feels dull to him, even though the club is always full. He never stays long.

On the third Friday he visits the club, he is approached by no one else than the MC of the fateful night Shen Tian performed. He kept on emceeing the other shows as well.

Jongin is caught red-handed. His unfocused gaze, always moving, always searching, seems to have caught the attention of someone else.

“How did you know I was looking for someone?” Jongin returns the question.

“It’s totally not obvious by the way you were scanning this entire room just now,” Key bites with sass but it’s not malicious at all. “Is it a girl we’re looking for? I know everyone who goes here.”

“I was actually looking for Shen Tian,” Jongin says boldly, changing tactic. Since Key offered, he might as well take it and see what he can find out. There is nothing to lose.

“Shen Tian, huh? Yet another admirer! And here I was, thinking you were looking for simpler things in life,” Key rolls his eyes and scoffs.

His words pique Jongin’s interest. “Simpler things how? What do you mean by that?”

“Well, I’m guessing you must be new to this city, hence the confusion. Shen Tian is not someone you look for around here. She leads a very private life. Believe me when I say this,” Key states matter-of-factly. “You can’t find her even if you search for her for days and nights on end. So it's best if you forget the girl.”

“But she lives in this city?”

“Well, of course she does. But you still won’t find her,” Key replies stubbornly to Jongin’s continuous questions.

“Have other people looked for Shen Tian before?”

“I hate to break it to you, honey, but she has a lot of admirers,” Key’s sass knows no end. “Men and women alike. Let’s admit it, she’s that gorgeous. Some people have even approached me, looking for more information like yourself, but they’ve given up after a while. You can’t chase someone who doesn’t want to be found, now can you?”

The question he poses is rhetorical. Of course, a decent human wouldn’t do that. He won’t do that, if that’s what Shen Tian wants. But he thinks he deserves to meet her again. The looks they exchanged that night said something else. It didn’t look as if Shen Tian didn’t want to be found by him, if he ever searched for her.

Before Jongin leaves the club, he throws one last question, just to test a wild theory. “What color is Shen Tian’s hair?”

Key looks at him as if he’s grown a second head, but Jongin knows what he’s doing.

“My boy, do you have trouble seeing or is this a trick question? Of course it’s red!” Key says, entirely convinced that the boy in front of him is crazy.

Jongin’s smile starts small until it turns to a bigger one. Key keeps looking at him like he’s out of his mind.

“Thanks for your help, man. You did more than you can imagine,” Jongin tells the MC, who’s still dumbfounded by the scene that just unfolded.

Everything makes sense now. Why Shen Tian appears to be untraceable. It’s because she hides under a mask. But Jongin promises he’ll find her, even if it turns out to be difficult.