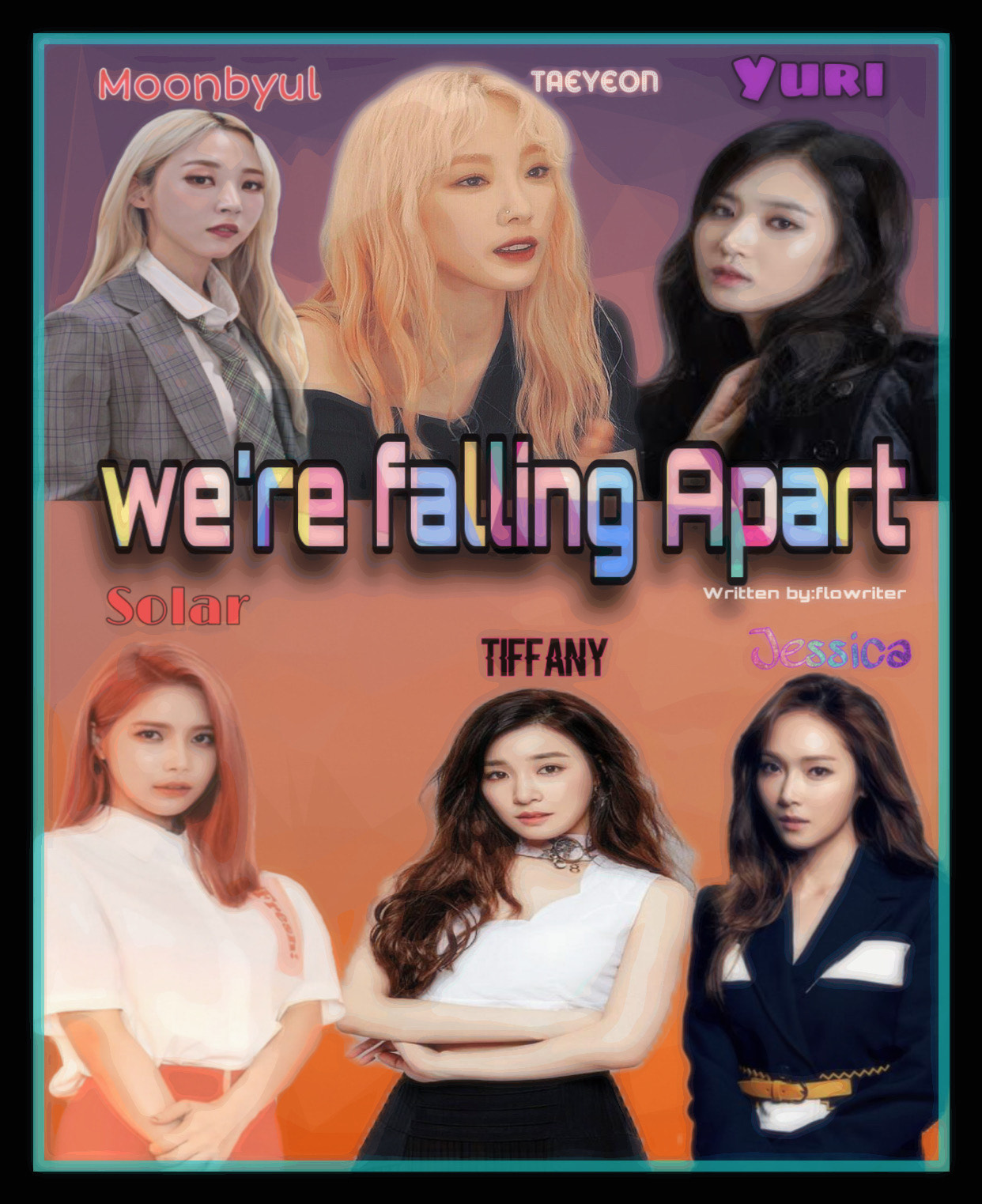 Taeyeon and Tiffany were no longer the lovey-dovey they use to be, and each day it got worse.

Moonbyul and Solar were on again off again ever since they started dating, all because Moonbyul didn't know how to stop messing with other women, well another woman who used to mean everything to said girl.

Yuri and Jessica are supposed to be getting married but someone ends up leaving the other at the altar.

It was a gloomy day, and the clouds were dark, just how everyone was feeling; crying was heard everywhere. The pastor walks up to the microphone holding his Bible. "Hello everyone, today we celebrate the life of a brilliant and kind-hearted individual who made it her mission to make everyone around her smile" the man pauses to let the woman in front finish crying before continuing, "today the Lord gained an angel, and we lost a daughter, a friend, and a girlfriend."

Everyone in the room couldn't believe they were here; she wasn't supposed to be lying in a casket with people wishing she was right next to them; it was too much to think about. The funeral doors open, revealing a girl that was wearing a neck brace and an arm cast; she got the attention of everyone in the funeral home.

A man walks up to her with the most heartbroken expression , "why are you here?" He asked, but the girl looked away from his tearful eyes. "I said, why are you here?!!" He screamed, getting more attention from everyone; another man walks up to try and move the guy away from the girl, but he wouldn't move "no! She's dead because of you! You ing killed her!" He screamed; a few more men quickly helped the other man pull the guy away.

An older lady walks over to the guilt feeling  girl and hugs her " she loved you, and so did I, but it's best if you just went away " she pulls from the hug, and her face told it all; she was hurt and sorry that this happened but what could she do but obey. She walks out of the funeral home with tears and regrets; she knew this was all her fault, and she couldn't fix it.