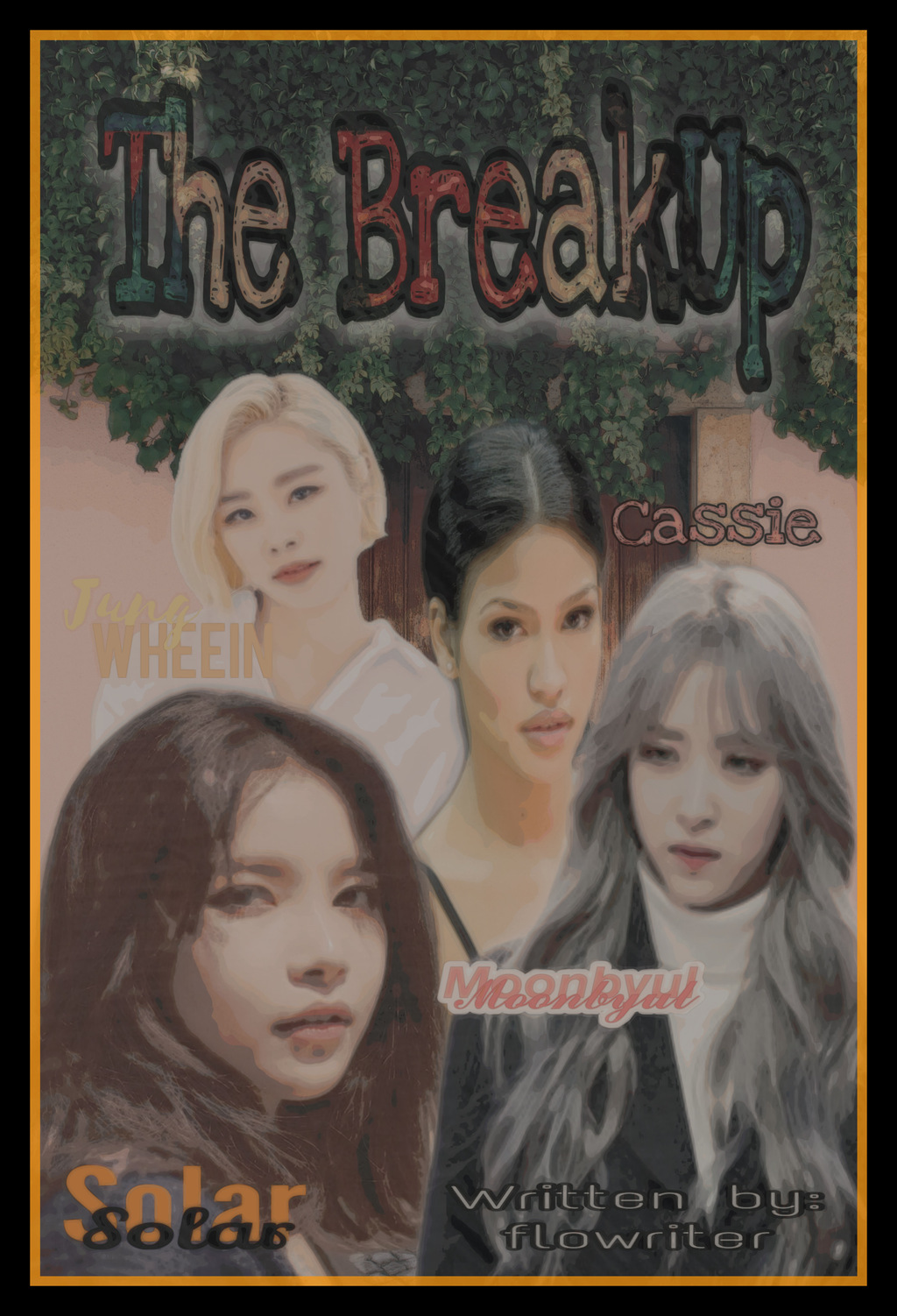 If you and the person you love broke up what would happen ?...

It was two in the morning, and Solar sat waiting in her chair, her arms crossed and an angry expression painted on her face, this was the eighth time in four weeks. The door opens before being slammed, Moonbyul wobbles as she takes off her shoes, "where were you ?" the first thing that came out of Solar's mouth.

Moonbyul looks up and hiccups, "I was with Taeyeon, Yuri and Amber " came to the reply, Moonbyul proceeded to wobble her way to there bedroom, Solar huffs before following behind, Moonbyul takes off her jacket and lays on there bed.

"Byulyi " no answer "Byul" silents "MOONBYUL!" Moonbyul jumps up and holds her head once a rush of pain hit it "look at yourself, look at what you've become" Solar said, she didn't like the person she was seeing in front of her, an alcoholic who stayed out until the next morning, the girl she fell in love with was long gone.

"Look at me? Ha! ,  pretty princess I've become what YOU made me, do you not like it? Am I not greasy enough for you ?" Moonbyul shot back; they say drunk minds speak sober thoughts.

"Oh? Who cheated? Who said they might not be in love with me? You ing ruined me! I could have any girl I want, but I'm wasting energy on a girl that don't even know if she's in love with me, you're  A selfish bi-" before the word could leave her lips a smack was the only sound heard, she touched her cheek and looks at Solar who had tears in her eyes.

Moonbyul picks up her jacket, "you know ... I had an opportunity to cheat tonight? But I didn't because I love you."

"You should have cheated ... I set you free, Moonbyul."

Moonbyul was shocked and confused; she was still too intoxicated" what are you saying?"

Moonbyul was speechless; she was hurt but didn't show it "fine," and with that, she stormed out there shared apartment, slamming the door behind her.

Next Chapter →
Author's Thoughts
I am terribly sorry to all my readers,I have abandoned this story many times and you all do not deserve that so starting now you'll get a new chapter every Saturday.
Read More →
Back to Top ↑
No comments yet
Back to Top ↑
Table of Contents
Foreword
>> Collapse chapters <<
Back to Top ↑
Community Promoted