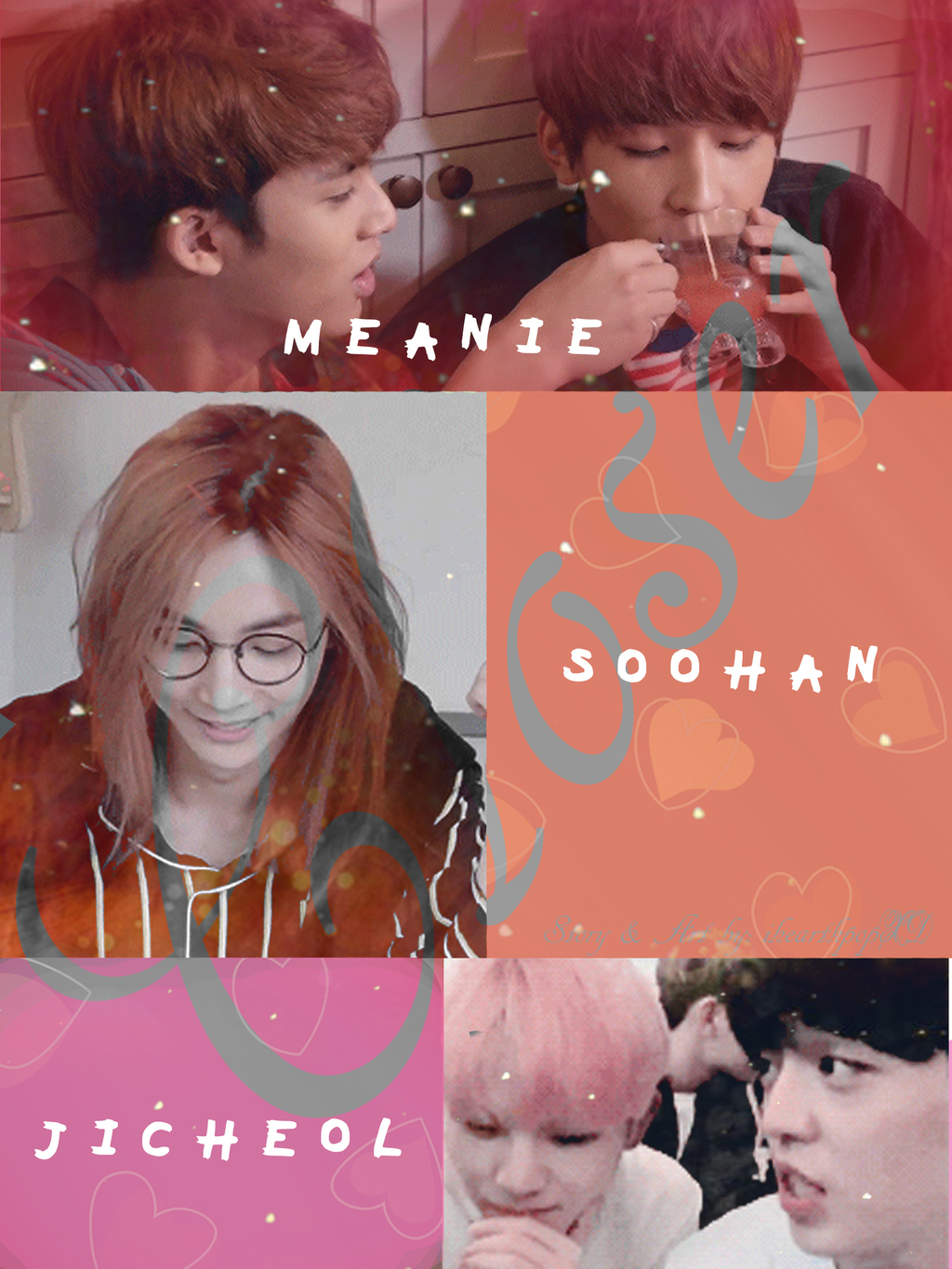 “Noona, is something wrong?” Chan asked as he noticed Soo Min had been staring at him for qutie some time. They were out eating lunch after bumping into each other at the library. She was getting some books for a paper she had to do while he also had an assignment that needed some books from the library as well. It had been awhile since they saw each other so they naturally agreed on getting lunch together.

“You’re looking more and more like Won Woo every day.” She said with suspicious eyes. “Something tells me that mother of yours cheated on your father at some point over the years.”

“Really?” Chan snickered while shaking his head. “You and that family joking is hilarious.” He added.

“Well, I was around long before I met you and Won Woo-hyung, there’s no way…”

“But is there?!” She blurted out quickly. “Jeonghan and Won Woo could have had a small fling back then… they probably got so drunk at a party they don’t even remember it!”

“It sounds like you want Won Woo-hyung to be my father?”

“Well, it’d make more sense!” She nodded. “But then again, we have to be careful… what if your mother turns around and asks for child support? I bet I’d end up having to help pay. 16 years, Chan… 16 years.” She suddenly looked drained.

“Don’t think about it anymore, then!” He laughed. “I’m sure it’s not what you think.”

“You’re probably right.” Just when he thought she was done talking about it, she perked up in her seat again. “Only one way to find out~!”

“I don’t like the sound of this…” he muttered as she got up and suggested that they leave.

“What’s going on, why’d you call us out here?” Won Woo asked as he was standing next to Seungcheol. Jeonghan and Jihoon were a little off to the side while Soo Min and Chan were standing directly across from the first two whom were mentioned.

“This is a test.” Soo Min started to say.

“A test?” Seungcheol looked to the other two and they both shrugged, they had no idea what was going on either.

“It’s a parent test… we’re going to find out who Chan’s real father is!” She added.

“I told you already that I never cheated on Seungcheol!” Jeonghan exclaimed from his spot with a small laugh though he sounded irritated. His new haircut fit so well just then, too. It was black and in a short bob style.

“Calm down, ahjumma, let me handle this!” Soo Min giggled at the unamused look he gave her at the nickname. She had been calling him that ever since he got the haircut.

“Well hurry the hell up, ahjussi, it’s cold!” He said back, hugging his coat tighter to his body, even Jihoon tried to keep warm as well, his nose and cheeks were pink from the freezing air. It was the middle of December, no wonder and the forecast said it was going to snow again today.

“Guys! There’s a kid present, no need to insult each other!” Seungcheol scolded.

“1 point goes to Seungcheol!” Soo Min called out, holding up her left hand with her index finger pointed up.

“Like I’d ever sleep with a bookworm! You nerd!” Jeonghan called back.

“Yah~!” Seungcheol laughed at their insults and again, Soo Min gave him another point for scolding them.

“How many points decides the winner?” Jihoon butted in for a few seconds.

“5!” She answered before looking back at the two. “I’m not going to count anymore points for scolding, do something else now, get creative.”

“You’re being so ridiculous right now!” Won Woo frowned. “I have places to be!”

“That’s okay, you can go!” Chan assured both the contestants.

“3 points to Seungcheol, 0 points for Won Woo. You’re so behind!”

“4 points to Seungcheol! Awh man, you should never say that in front of your child, ever!”

“Just one more point and we can go home.” Jihoon chuckled on the sideline.

“Noona, you have your answer by now, don’t you?” Chan tugged on her arm, by now he was slightly shivering from not dressing warmer. It had snowed the night before and there was still a few inches on the ground. “Let’s go home now!” He stepped away before slipping on a small patch of ice near them and went down with a small ‘ouf!’.

Two things happened… Won Woo and Jihoon started to laugh like it was the funniest thing on the planet to see Chan falling on his while both Seungcheol and Jeonghan rushed over to make sure their baby boy was alright.

“Okay, I really have my answer now!” She frowned while looking at her best friends. “You know, Karma’s a .” She warned them before turning to also make sure Chan was okay, but she managed to step on a patch of ice that appeared out of nowhere and fell back with a small shriek.

“Oh !” Won Woo stopped his laughter before rushing over with Jihoon.

“Wow~! Just wow!” She laughed, seeing the concerned looks on their faces. Though… one face was missing. “Ahjumma! What are you doing? I fell too!” She whined as she saw Jeonghan still tending to Chan.

“I suppose we found Chan’s real parents.” She smiled instead of looking insulted. “Did I just find mine?”

“Yah~!” Jihoon was helping her up, but after she said that, he let her fall back down and Won Woo just laughed, not bothering to help her up after that.

“We’re too young to be your parents.” He snickered. “Find someone else.”

“Besides, how are your brothers supposed to be your parents, too?” Jihoon asked.

“Oh, right.” She smiled. “Then help your sister up already!”

“You seem fine on your own!” They teased while turning to walk away. 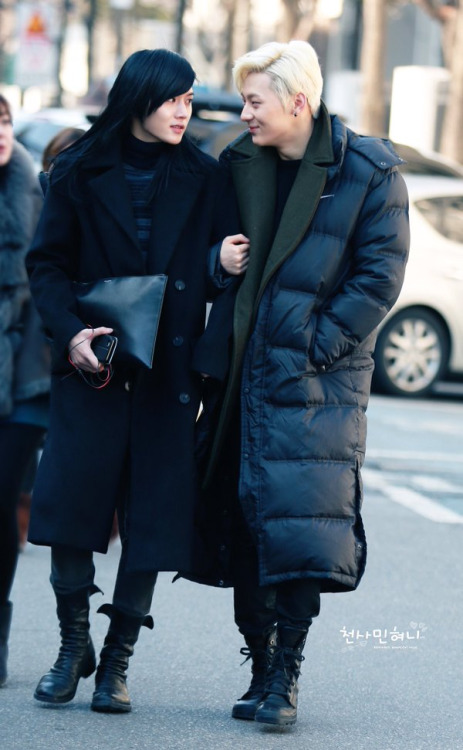 (A visual for Ren LOL, awh, I’d add his bf but this isn’t about them aha)

“Fear not, little sis, your big sis is here!” Suddenly they heard Ren’s voice nearby. There he stood dressed in black standing in a superhero stance. “I’ve come to save the da-” suddenly a snowball hit him in the face and he fell back into the small pile of snow behind him.

“C’mon Channie,”Jeonghan said sweetly while clearing the snow off his hands before grabbing his son’s hand and leading him over so he could take Soo Min’s hand in his other, “Let’s let papa go with uncle Ji and Woo while you and I take Ahjussi out for pizza?”

“Okay.” Chan just agreed… everyone was just as ridiculous as his noona.

“Have fun!” The other three said before leaving, glad they were free to leave now! Supposedly Won Woo was late for a date with Mingyu and as for Seungcheol and Jihoon… they were on their way for a date!

“They could have just said they were going on a date.” Soo Min muttered before remembering Ren was around. She looked over to see him dusting off the snow from his clothes with a pout. “Unnie, are you ok-”

“Yah, what did we say about talking to strangers? Especially that one!” Jeonghan tugged on her hand to pull her away. Ren just laughed at Jeonghan’s comments.

“I’m a good stranger!” Ren called out after them. “That’s okay~! I’ll just meet up with you later!” Suddenly he ducked. “Don’t throw rocks, that’s dangerous!” He dodged a few more that were thrown by the jealous looking Jeonghan.

“C’mon Chan, let’s the the Queens battle it out.” Soo Min chuckled while taking Chan by the hand and they left the two behind.

Ahahaha, I had fun writing this short thing…

I hope everyone liked it! Again this wasn’t really set in a real time so I went ahead and used Jeonghan’s new haircut aha and I’m sorry if some didn’t like me calling him Ahjumma… but I just couldn’t help it LOLOLOLOL

We all saw Chan slip on stage right?! 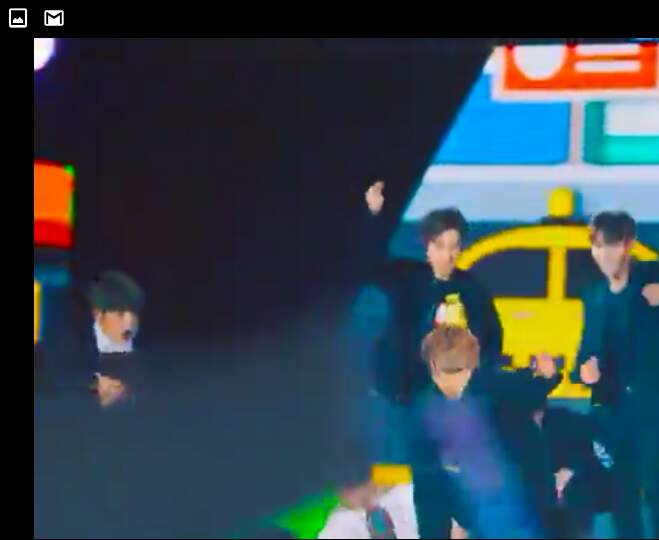 Yup, that’s Papa Cheol on the far left, horrified that his son fell on stage! 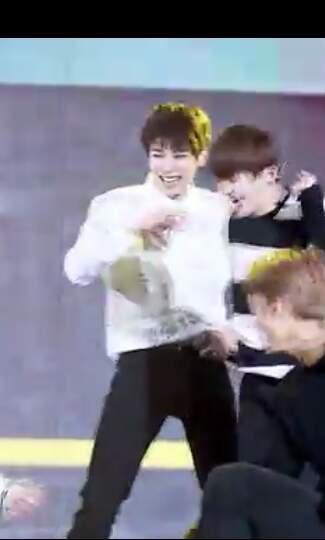 Won Woo… you’re not gonna be a good parent, JK. Laughing at a kid falling TT^TT 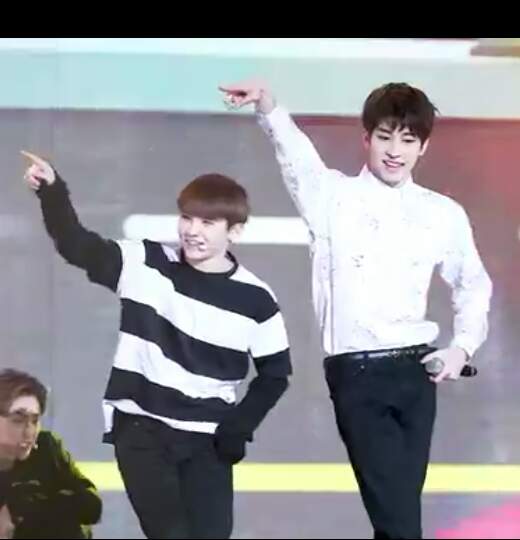 WHY THEY GOTTA BE TOGETHER~!

I think I’m gonna be paranoid throughout this whole comeback…

Jisoo: Again, again I wasn’t included in the list of Fathers for Chan… this is bull. JK

Jeonghan: Babe, I’d have to ask for child support if you were the father…you’re not, so you don’t have to pay 16 years worth of child support.

Jisoo: Fantastic! Not like I didn’t have the money, but okay.

What are they doing LOL that really made me laugh

Until then… that untold Queen battle ahaha

Just had to… again OTL

I’m sure we all know who won…

Jeonghan: , this is my Kingdom~!

UNTIL NEXT TIME AHAHA