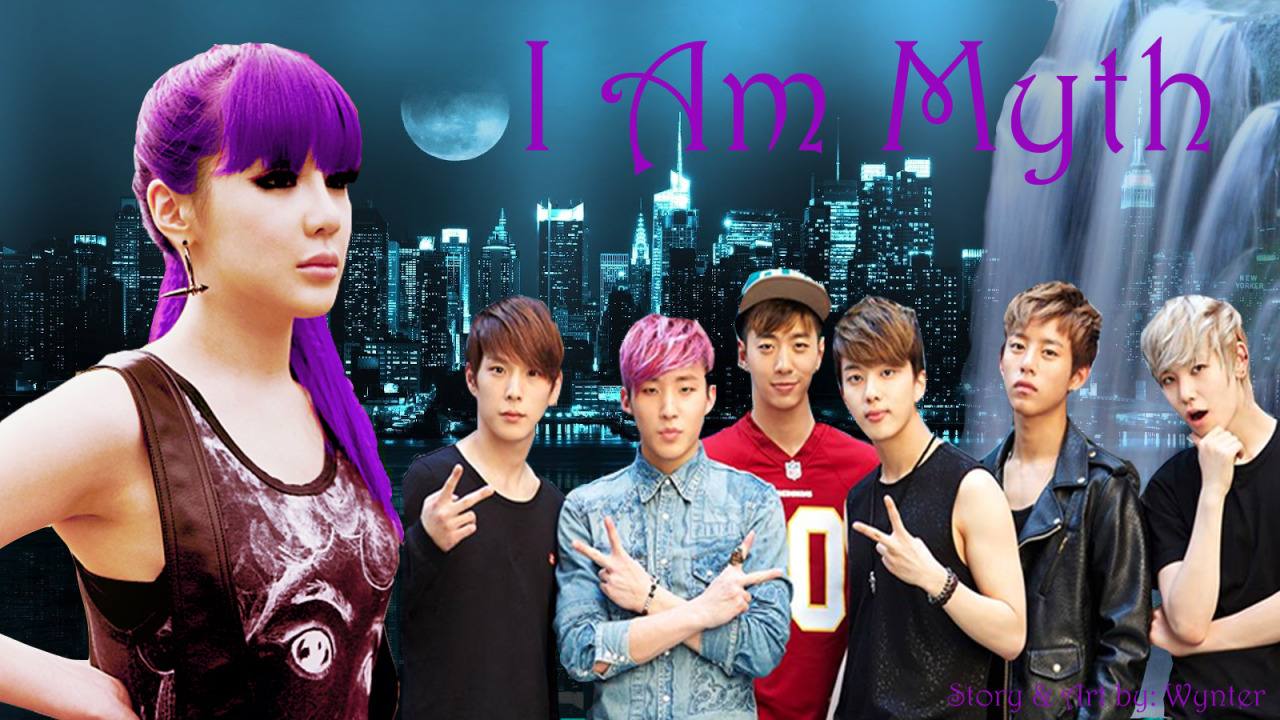 Zelo and I left the classroom alone, but I knew it wouldn’t be long before the rest of them caught up and joined us.  Stepping out of the school building and into the bright sunlight I had to shut my eyes as once again I felt them shifting colors to adjust quicker.

“I need to get sunglasses.”  I uttered to myself as I felt the two colors switching before they rested once again on their amber color.

I could feel Zelo’s gaze on me; I didn’t need to open my eyes to know this.  I knew he was watching me, “Something wrong?”  He asked me.

“It’s bright.”  I replied, “My eyes have trouble adjusting to changes in light suddenly.”  It wasn’t a lie, but neither was it the truth; it lay in the grey area between the two.

Once I felt my eyes settle and the violet completely fade I opened my eyes to see Zelo standing in front of me with a small smile.  I smiled back before we started making our way off the property together.

“They better hurry up and catch up to us.  What’s taking them so long?”  Zelo’s voice filled my head as we approached the school gates.  Already trying to group us together, figures I wouldn’t be left alone with my boy for long.

“What ever you are hiding I am going to find out what it is.  I will not have you screwing everything up.  I’ve worked hard to get this far and will not allow you to mess it up Song Violet.”  Yongguk’s voice replaced Zelo’s a moment later as I felt the group of boys moving towards us from the building.  I don’t know what they are part of and neither do I care, but until I solve this mystery I’m not going any where far from these two humans.

I stopped at the gate startling Zelo.  I looked back at the school to the group of five boys walking towards us.  “We should ask your friends to join.  It would be rude to not ask them.”  Zelo’s eyes widened as he looked at me.

When the five boys made it over to us I flashed them a smile, “Would you care to join Zelo and I, it would be strange if it was just the two of us.  We barely know each other.”

I’m not going to let them add themselves to this, I would prefer to make the first move.  Yongguk gave a tight smile, “Might as well, not like we have much else to do.”  Lies.

“Great.”  I smiled.  “I told Zelo a few moments ago I wanted to get a pair of sunglasses, do you know of any good places?”

Our group started making its way down the streets.  Silence was what greeted our group since no one was talking to each other.  I pouted a little; I want to get to know these boys not enjoy their presence.  Skipping ahead of the slightly I turned so I was facing them and walking backwards.

“Are you always so silent and serious when you are around each other?  If so I think I should leave, I’m not one that likes situations such as this.”  Their eyes followed me and a little surprise filled their eyes.  “I’ll see you around in school then.”  I said as a parting remark as I turned to make my way away from them.

“You’re one strange girl.”  I heard Youngjae sat before I could make it far from them.

“Nothing like the other girls in the school, that’s for sure.”  Himchan added.

I stopped and turned to look at them tilting my head in confusion.  Zelo shook his head gaining my attention, “You aren’t afraid to speak your mind around us.  It’s different then what we are used to is all.”

I just blinked, “Is that a bad thing?”  Humans don’t make any sense.  Was I doing something I wasn’t supposed to be doing?  Acting in ways that most humans don’t?

“I know a place you can get shades, keep up.”  Yongguk spoke out of nowhere and started walking ahead of us not bothering to wait for us.  The boys just shrugged their shoulders and started following.  I didn’t hesitate much to follow along; at least it isn’t as awkward as it was minutes ago.

I walked along side Daehyun down the streets, Zelo just in front of me and Youngjae and Himchan bring up the rear of our group.  Yongguk and Jongup leading the way through the maze like streets.  I’m not accustomed to walking around places; I’ve always relied on my powers to get me where I need to go.  I don’t know my way around since I’ve never had to know before.

Yongguk stopped in front of a tinted window shop and turned to look back at me, “This is the place, should have what you are looking for.”

Please Subscribe to read the full chapter
Like this story? Give it an Upvote!
Thank you!
← Previous Chapter Next Chapter →
Author's Thoughts
IAM - Finally updated~
Read More →
Back to Top ↑
No comments yet
Back to Top ↑
Foreword
Promoted - Advertise