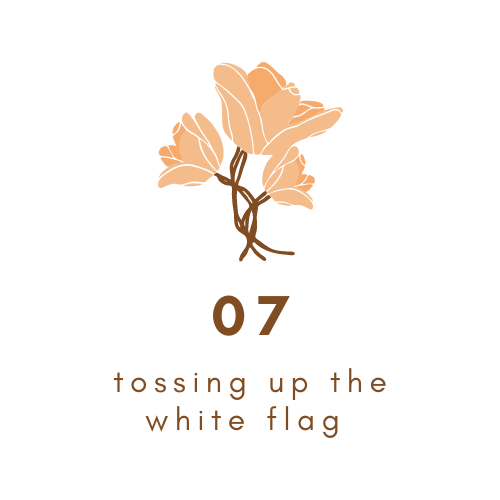 Today could probably top all of the worst days that I’ve had.

I left my car in the parking lot, and since we were downtown, I just walked, blended into the crowd. Didn’t look back.

Before I knew it, I was ambling alone for several blocks, and the restaurant was long gone. I honestly didn’t know where the hell I was going, but having no destination didn’t stop me.

Then, it started raining. Now, I don’t mind a light drizzling. Where the sky is still somewhat blue, muted by gray, but you’re assured that it’ll stop soon.

When the rain clouds roll over.

However, the sky currently was outright gray with no traces of blue. It’s been taken over by rain clouds, and I’m the one reaping in it.

What started out as light rain spiraled into a full-on storm. By the time I walked another mile, thunder snapped at my heels.

Which meant I definitely needed to get out of the storm.

I wasn’t one for being romantic. Sulking in the rain, walking aimlessly, this wasn’t me. But I guess these things have their moments. I can’t lie. It’s certainly liberating not to be myself.

To not be someone who’s rational and logical. Someone who puts others before themselves.

It feels so ing good. To be selfish for once. Though it should be silly, right? There’s no one I’m rebelling against but myself. It’s all an act.

It is, but being irrational has its perks. That’s why I’m standing in front of his door with mascara streaks down my cheeks and sopping wet hair.

He lived downtown, and before I even knew what I was doing, I walked there.

The door opens, and he assesses me under his long lashes, toothbrush in his mouth. His hair is a mess, almost like he’d just gotten out of bed.

And I’m almost certain that I look crazy.

But he says nothing about it, instead, he pulls his door back, wordlessly, with no judgment.

“To what do I owe the pleasure, noona?” He asks his friend, mischief, finding a home on his pretty face.

I stare at him as the door shuts behind me. The ache in my chest expands astronomically. It feels like I’m being crushed with a hydraulic press. The once dull pain is all I can think about now.

I feel a pinch somewhere under my ribs, and the next words that come out of his mouth break the entire dam.

I’m not sure if it was the genuine worry in his eyes, or the slight rise of his tone once he figures out that something isn’t right about me.

I choke on a sob, no longer trembling because I’m cold. But because it ing hurts like a .

He gives me a disarming look, startled as his feet make bounds and leaps over to where I’m standing. He’s no longer smiling.

I’m soaking wet, but that doesn’t stop him from scooping me up into his arms.

“Hey, hey,” he coaxes into my hair, his chin pressing against the side of my head. “Shh, you’re okay.”

There comes a point when crying feels like you’re drowning. I’m a slave to the mental breakdown that I’ve been only delaying all this time. My chest pangs from each sob that rips out of me. My eyes burn, and my nose runs. I can’t breathe from how intense this all feels.

There are no thoughts in my head. I’m hysterical, dumbed down to my primal instincts.

Gone is the Chan who controls herself down to the smallest expressions. In her place is someone irreparably broken, someone, who’s never been able to heal.

He picks me up, tells me to wrap my legs around him, and I do, to make it easier. He carries me to his couch where we sit, glued together, my arms wound tight around his neck.

His around my back.

I’m not going anywhere, and it wouldn’t have been my choice either way.

There’s something about the way he smells that comforts me. More than his arms. Maybe because it’s never changed. Despite the soap he uses, detergent, or cologne. It’s something that only belongs to him, and I’d pick up on it, blindfolded.

Being pressed tightly against him reminds me of just how different we are now. No longer kids in high school.

He’s broad lines and sharp angles. He’s an adult with responsibilities, and so am I.

I pull away from him, finally gathering the bits and pieces that have fallen out. And because he knows who I am so well, he protests silently. Rebelliously.

“You’re not Dr. Ryu. You’re just Chan,” he says when he sees how rapidly I’m building back the walls. Then, a single hand slides up to the nape of my neck, wrapping itself there, tight and soothing. “You’re hurting,” he continues.

“You never take steps, Chan. You sprint until you’re miles ahead of your pain, where you convince yourself that you’re okay. Because you have the ability to help others, to be their voice, and yet you end up losing your own. Convincing yourself that you’re not broken doesn’t fix the problem. It only prolongs.”

I’m staring at him, but I can’t look at him any longer. Because I need to be closer than this. I bury myself into his chest, trying to go somewhere that I’ve never gone. I squeeze him with all of my might, and no matter how much it hurts him, he doesn’t say anything.

It’s truly freeing to be able to let your mask slip up without the fear that you’ll never be the same person after. I used to be afraid of who I’d become when I let myself go, when all of the ugly shrapnel tears into tangibility, and right now, I’m more terrified of who I’d be without him.

[a/n] istg i love all of the characters i write, but each time, i manage to outdo myself. sehun's character is so so ing gripping. i love depicting him like this. holy . and let's not even talk about chan. like she is so ing levelheaded and just emotionally intelligent. i don't think i've written a character like her before. she's strong in a different way, yk??

but together, holy hell, are they a PAIR. i know my pacing, rhetoric, and syntax is super ty in this, and i honestly have no idea what i'm writing anymore tbh. it's just become an emotional, somewhat personal piece to me.