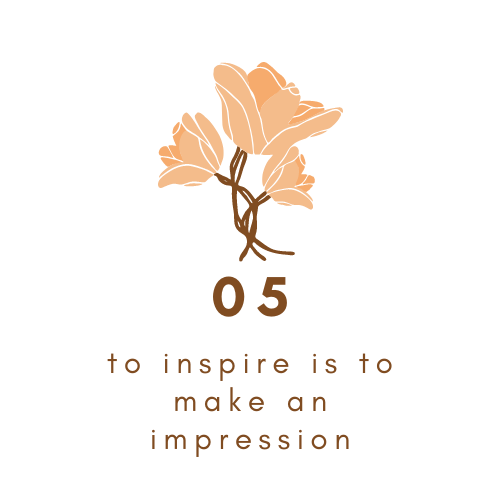 It turns out that Sehun is unstoppable once he’s on a roll. For the third time this week, he’s stopped by my office. Always after his shift or when he’s on a lunch break. As someone who often forgets to eat, he’s the one who ends up feeding me. Sometimes, knowingly, that that might be my first meal of the day and very much my last.

He’s lying on my armchair, his feet dangling off the edge. It’s funny how his long limbs barely fit on the armchair, tiny in comparison.

I’d already wolfed down most of my stir fry, and now, I’m just picking at my food for the hell of it as I listen to him speak.

As it turns out, he might like hearing himself talk after all. Either that, or he’s just become a lively boy in the period that I haven’t seen him.

I watch him, assessing his relaxed body language. It was kind of my job. Maybe I didn’t do therapeutic talks, but I was a psychiatrist, tasked with prognosis. It was sort of a thing I did that was like breathing. I never notice it until I’m far into it. Just like I hadn’t noticed that I was fixated on the mole on his pale neck until I watched his adam’s apple dip.

It made the bad butterflies come out, gnarly and big as they chew through my stomach.

He retreats into silence, and that’s when I break out of my long daze. He seeks my eyes, his widening into question. Like maybe he was asking me if I was okay.

And I was okay. I think. I’d gotten a text earlier from my mother asking why the divorce suddenly came about. Apparently, Yixing already broke the news to his mother, and between our families, news traveled quickly.

She’d already scheduled a family dinner this weekend without my permission, and I had a feeling it was going to be rough to sit through.

I was already dreading it, and hospital admins asking me what the date was hadn’t been helping in the slightest.

I know that I should be speaking to someone about this. Hell, my day job calls for it, but I didn’t want to bring up my issues willy-nilly.

I lose my train of thoughts immediately when he speaks to me in that soft tone of his. Especially when he’s caught me redhanded, generally stressing about every aspect of my life.

Like how the hell I was going to survive the divorce proceedings. It wasn’t like we had children. Thank . But that still didn’t comfort me.

“C’mere,” he says, gentle and tentative.

It made my heart squeeze unbearably tight. This shouldn’t be a thing. It shouldn’t, but like clockwork, I’d already made my way to where he was.

He sits up straight, and without another word, he pulls me into his lap. Jesus. My breath had been knocked right out of me. I continue to forget that he’s grown, and he can hold my weight now. And probably more.

I try not to think about how solid he feels on me. Or how warm he is when the slivers of our bare skin meet.

Slowly, he brings me in, closer to him. Until my nose brushes against the top part of his neck. A bundle of cords and muscle. He smells good, even after a long day. I swallow. My legs are dangling off the arms of my chair. I never thought I’d be in this position.

It’s unbecoming, but so, so tempting to remain this way. Forever.

“Do you want to talk about it?” He asks, the puffs of his words caressing my ears. I shiver from head to toe.

I don’t say anything at first. Instead, silent questions prod beneath the surface of my skin. Do I want to tell him? Is it okay to tell him these things? Shouldn’t I, the adult, keep it together? Not that he wasn’t one, but I was relatively more adult than he was.

I nod. That would be nice. Maybe not appropriate, but I couldn’t bring myself to care about the little things. At least, not right now.

I tried to simplify things. This was my childhood friend. Friends gave each other hugs. Friends are there for each other. This was him being my friend.

His arms rise, and he wraps them around me, squeezing. Generous with his strength, loose enough to breathe. But there was no room.

“Are you adulting in there?” He asks.

“You keep everything inside, noona. Aren’t you the shrink?”

“Not technically,” I remind him.

“I’ve never asked, but what made you become a psychiatrist and not a psychologist?”

I smile at this, the warmth of my memories breaking through the heaviness weighing down my heart. “Of course, being a therapist has its perks. It’s more personal. But I realize that I like being around people. It’s kind of stupid, but you know, I’ve always grown up in solitude. After Min died, it was always quiet.”

He rubs my back, and I melt. I don’t even try to hide it. I just settle into his chest, letting him take my entire body weight. If he wants to complain, he doesn’t.

“I get it,” he says, “you like the bustling hospital. You like the idea of having a constant stream of people. Feeling needed. Having people at your whim. Kind of a power move, huh?”

I roll my eyes. He was teasing me now. “Aside from your unnecessary inserts, I like working with a team. I like the idea that my coworkers can hold me accountable for my decisions and vice versa. It takes the pressure off of what’s already a stressful job.”

“You’re doing a wonderful thing, noona. I don’t like you being worried about so many things. I think you’re great at your job.”

I’m so glad he can’t see my face and henceforth the -eating grin I couldn’t stifle. “You’ve only known this me for a couple of weeks.”

“I know who you are. I don’t need to know much more. You’ve been my anchor no matter the distance between us. I can’t let you think otherwise. You’ve probably done the same for countless people.”

Holy crap. I’m speechless. The fact that this is coming straight out of his mouth, all honesty, no bull.

“Quit buttering me up, you -up,” I joke, pinching his arm.

He squirms and mutters out a “rude.”

“What about you, my sweet disciple? Why did you choose surgery? Is it because of your mom?”

“Hmm…” He sounds a little hesitant. It surprises me since he’s only ever been outspoken as of late. But at the same time, I’m reminded of quiet Sehun who used to observe his surroundings and followed me around like a stray pup.

I squeeze him and then crane my neck to look at him.

To my surprise, there’s a sweet smile on his lips. “It wasn’t my mom. It was you this whole time.”

“If my memory serves me correct, you brought me to the senior home.”

I smack his arm. “You cheeky little thing.” Then, I settle back, letting my head drop against his chest. “Still doesn’t explain why you chose surgery when you could’ve chosen to be a general practitioner.”

“A lot of the elders expressed their regrets to me. Some of them were regretful that they didn’t try harder. The elders in hospice wished they hadn’t chosen to give up that surgery that could’ve given them more time with their grandchildren. Their grief kinda left a permanent impression on me.”

He laughs, and I feel it against my skin. “You’re so impatient, geez. Your direct contribution is giving me a reason to live, noona. You saved me from falling off the ledge. Even if I initially thought you were a little annoying and meddlesome.”

This time, I pinch his stomach.

“I take it back. You still are,” he mutters.

I laugh at him, and for some reason, he squeezes me harder.

“But you’re equally awe-inspiring and beautiful to a fault.”

[a/n] do you guys like these deep-seated conversations between them? i wanted to make them real characters, and hopefully, people you guys can feel for. i like how easy their conversations are. also the hurtcomfort!au is really coming through, hopefully.